Prosecutors say they need more time to prepare for trial, defense attorneys will conduct no more depositions in the case. 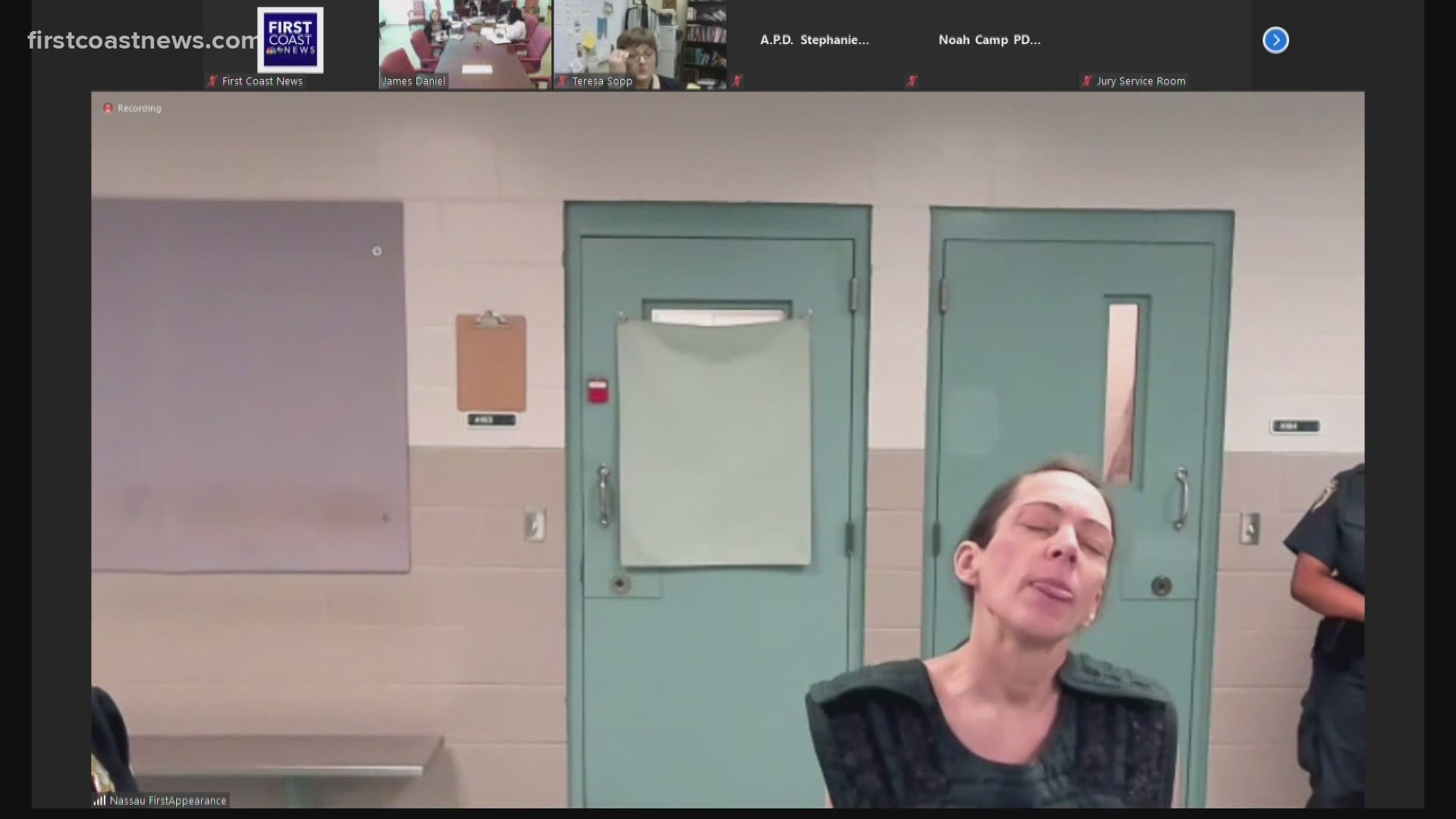 YULEE, Fla. — Prosecutors in the Kimberly Kessler murder case have asked to delay the trial until December.

Kessler is accused of killing Joleen Cummings in May 2018. She has pleaded not guilty.

In a repeat of her behavior last month at a mental competency hearing, Kessler, who has repeatedly been disruptive in court, was again on Thursday. She repeatedly stated "Jordan Beard is Joleen's cousin" and refused to answer any questions.

Beard is a member of her defense team, and is not related to Cummings.

Kessler and was escorted from the Zoom hearing by jail deputies.

Assistant State Attorney Donna Thurston told the judge Thursday the state didn’t have enough time to prepare for an August trial due to motion suppression hearings scheduled for August.

“It just doesn’t allow enough time for the state to do what we need to do to be prepared,” Thurston said.

“Judge we are ready for trial, but we have no objection to a continuance,” Public defender Teri Sopp told the judge.

Circuit Judge James Daniel reset the trial for Dec. 6, with a final pretrial hearing on Dec. 2.

According to the judge, the defense has determined to take no further depositions. Public Defender Teri Sopp declined to address on the record her reason for that, calling it a matter of attorney-client privilege, but the judge insisted she explain her trial strategy on the record.

He said this is a decision “the defense has come to based on conferring with co-counsel and considering all the options.”

The hearing turn testy when the judge said, “All I’m asking is for confirmation that this is in fact your strategy for whatever reason.”

“This is me trying to make sure defense counsel is doing their job, which up to now from where I’m standing they have been doing and doing well under difficult circumstances," Daniel said.

He added, “I will surely see this motion and this issue later on in this case should there be a conviction (in) post-conviction matters.”