Sean MacMaster and his stepfather were accused of sexually assaulting a relative who was 4 years old at the time. 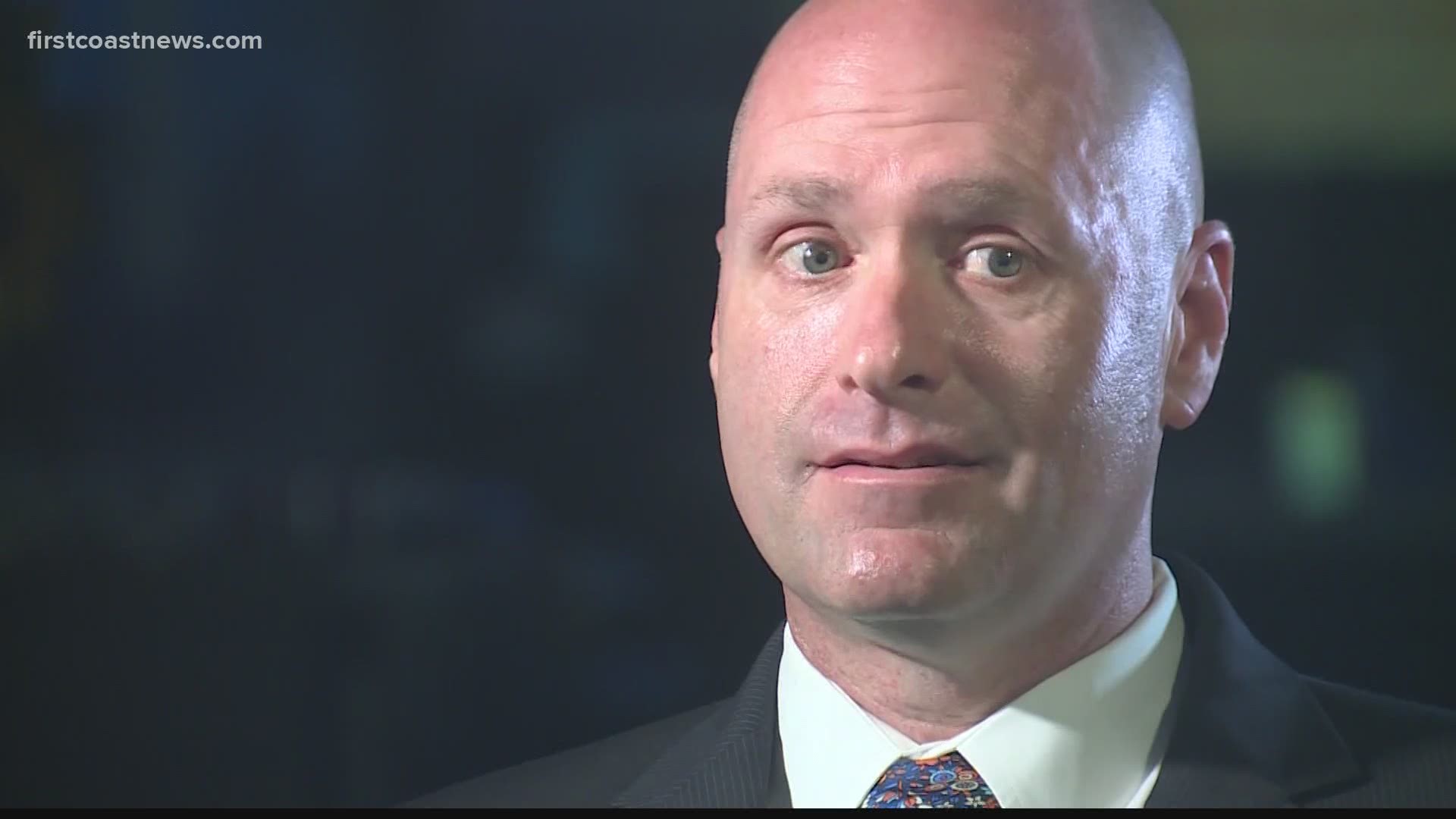 Sean MacMaster wore a police uniform with pride for 20 years. He was a husband, father and a respected law enforcement officer during the time. But, that all changed on May 7, 2019.

MacMaster was forced to take off his badge and put on a jailhouse jumpsuit.

"Being put in that cell by myself was one of the most difficult things I've had to do in my life," MacMaster said.

MacMaster and his stepfather were accused of sexually assaulting a relative who was 4 years old at the time. MacMaster was arrested in Jacksonville on a warrant out of Michigan. At the time of his arrest, he was a lieutenant for Duval County Public Schools Police Department.

MacMaster denies the allegations against him.

"It's saddening, it's infuriating, it's aggravating," MacMaster said.

This all started in 2016, during a bitter child custody dispute, following MacMaster's divorce. He said his ex-wife accused him of molesting a child in his care. She later made accusations against MacMaster's parents, he said.

In an interview with a television reporter in Detroit, one of the defense attorneys on the case made this statement:

"When I see Oakland County not charging a case, I believe that sends a message that whatever did come into them was a bad case. I find them to be one of the most aggressive prosecutor's offices I run into," Defense Attorney Shannon Smith explained.

In court documents filed as recently as January, MacMaster's ex-wife's attorneys say DNA evidence was found on the carpet in the Michigan home near what appeared to be a child's room, indicating that something sexual had occurred and that the young relative's statements were consistent with being abused.

"There's no merits to any of these allegations," MacMaster said.

In a phone interview, MacMaster's attorney, Alona Sharon, says that evidence was not incriminating. She explained why.

"The location of the DNA was not in fact incriminating as it relates to Sean MacMaster. If I live in a house, or if I visit a house for an extended period of time, the fact my DNA is located in that house is not really anyway incriminating," Sharon said.

Sharon added that in court records, a family court judge said the child's statements were inconsistent.

"I think it would have been very apparent to the court and anybody sitting in that courtroom that the child had been coached over the course of several years," she added.

In September of 2019, Brian Kolodziej, the assistant state attorney, was forced to resign following an ethical scandal. That, in turn, prompted a review of all of his criminal cases within the department. Defense attorneys in MacMaster's case said it was unusual.

"I believe we always had concerns that there's something awry about this case," Defense Attorney Mariell Lehman said.

According to WXYZ in Detroit, which did extensive investigative reporting on the case, the probe revealed a special agent assigned to MacMaster's case was untruthful when he testified under oath.

After a nearly two month internal investigation, the state attorney general dismissed charges against MacMaster. He is now working on rebuilding his life in Florida.

RELATED: Former DCPS Lieutenant will rejoin school police force after being exonerated of all out-of-state charges

We tried to contract MacMaster's ex-wife for an interview, but she did not return our calls. Her attorneys declined to comment on the story.

"MacMaster has regained his qualifications to serve as a Duval County Public Schools police officer. He has passed yet another polygraph test and a psychological evaluation confirming his fitness for duty. He is not being brought in as a lieutenant because we currently do not have an opening for a lieutenant. If a lieutenant position opens in the future, MacMaster has the same right to be considered for that position as any other qualified candidate. We are pleased that MacMaster, a highly valued and experienced law enforcement officer, is back among our team of police officers working to keep our schools secure and our students and staff safe."