Travis McMichael told the 911 dispatcher he'd seen a man entering a home under construction and that he believed he'd reached for a weapon. 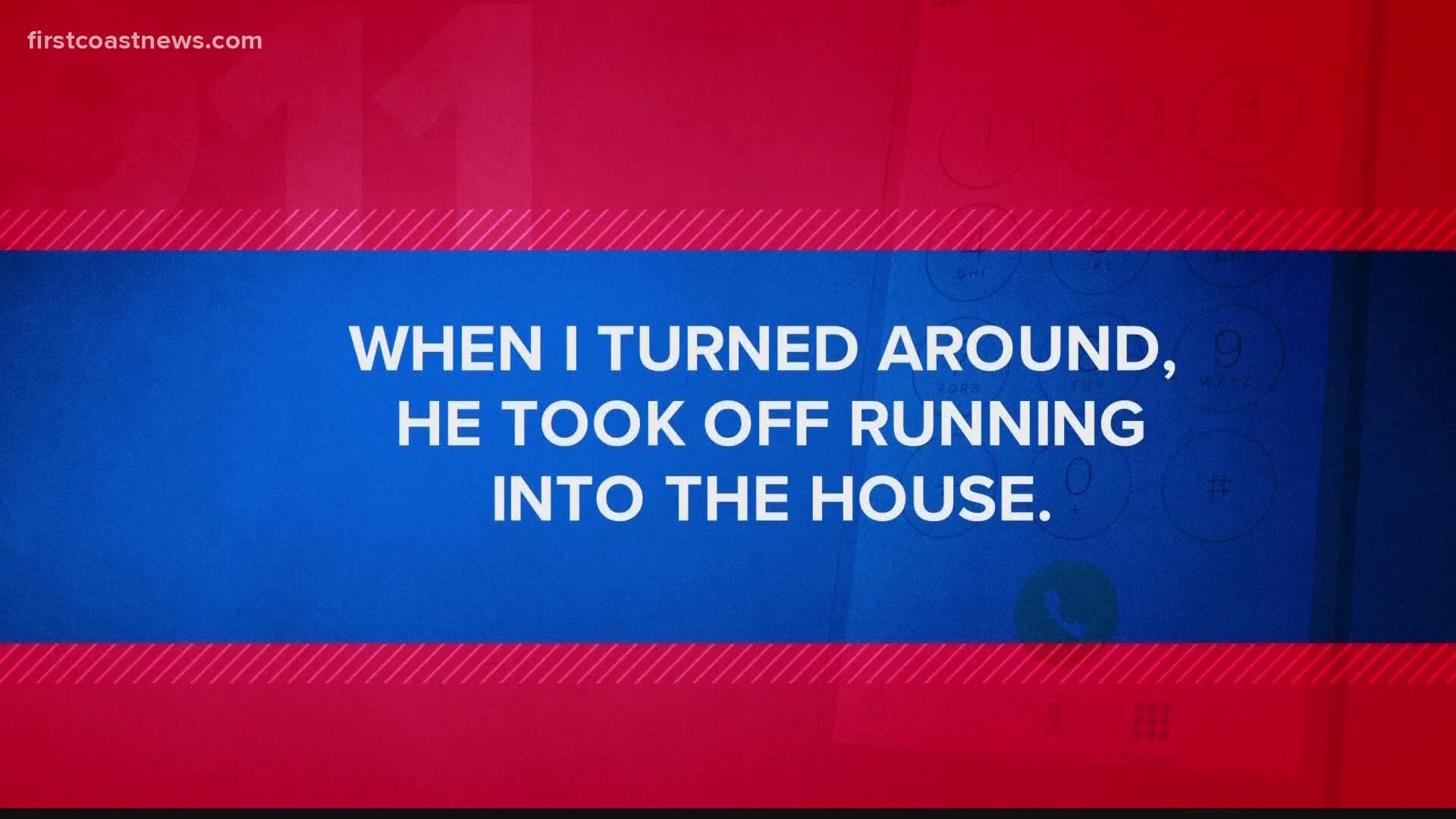 BRUNSWICK, Ga. — Nearly two weeks before the killing of Ahmaud Arbery, accused shooter Travis McMichael called 911. Breathing heavily but speaking clearly, he reported a confrontation with “a black male” whom he said had entered a home under construction. McMichael said when confronted, the man appeared to reach for a weapon when he stuck his hand in his left pocket and then ran into the home.

That confontation happened on the evening of Feb. 11. That 911 call appears to align with surveillance video from the same night from the home that was under construction. The video shows a young man who appears to look like Arbery walking through the house for a brief time.

When police arrived that night, they never found the trespasser in question.

The owner of the home under construction says the trespasser never takes anything, but he has seen him on his surveillance camera three or four times before just walking through the house.

Police have now linked that report to the report on Arbery's death, which occurred about a week and a half later on Feb. 23. On that day, a man who looks like Arbery is seen in surveillance camera walking through the same home under construction, but without disturbing anything inside.

According to a police report from that day, McMichael called police just moments before he shot and killed Arbery in the same area, near the home under construction. They have accused him of burglary, but no crime has been proven. Arbery family says he was out for a jog.

On Thursday, McMichael's newly appointed attorneys, Robert Rubin and Jason Sheffield, spoke for the first time on their client’s behalf. They told the community to "take a breath" and wait for the facts of the case to come out in court. They also asked the community to not cast judgment or stereotype until all the facts were out.

"We understand here that when the government accuses you of a crime how easy it is to accuse, so we have that presumption of innocence and we have that due process of law with rights for every individual accused of a crime," said Rubin.

"We agree with the attorneys for Travis McMichael that the justice system affords all citizens the presumption of innocence and that there shouldn't be a rush to judgment or stereotyping.

We only wish that their client, Travis McMichael, had provided that same presumption of innocence to Ahmaud Arbery before chasing and killing him.

The men who ambushed Ahmaud Arbery rushed to judgment on Feb. 23.

Mr. Arbery is the victim and his family was left with a lifetime of pain. The family continues to pray for justice for Ahmaud.”

McMichael’s attorneys said they plan to ask a superior court judge to release Travis out on bond. They also said a preliminary hearing is expected to be held in Glynn County, most likely over video, but due to COVID-19 the date is not set yet.

The McMichaels have been charged with Arbery’s murder. McMichael and his father told police they believed Arbery was responsible for prior break-ins in the neighborhood. It is not clear if Arbery is the person who prompted the 911 call, but footage from the owner of the half-built home show a man who looks like Arbery inside the home the same night of the 911 call.

This is a partial transcript of the call.

911, what's the address of your emergency?

And you said the house is being built?

Yes, it’s being built, it’s vacant right now. He is in the house.

Yeah, yeah it just startled me. When I turned around and saw him and backed up, he reached into his pocket and ran into the house, so I don’t know if he is armed or not, but he looked like he was acting like he was. So be mindful of that.

Which pocket did he reach into?

Left, I believe. I guess he doesn’t realize we’re here. He’s got the damn lights on right now he’s got a flashlight walking through the house.

Does he? OK. You just stay where you’re at so the officers will know.
Will do. Will do.

So you say he was a black male. Did he have hair on his head? Any other features you can tell me about?

Was he tall, short?

Yeah he was tall about 6 foot. There’s neighbors, I guess one of the other neighbors saw it. There’s about four of us over here now.

So what happened when you first saw him?

He [indaud] behind a bush. He was coming through somebody’s yard. He was trying to sneak behind a bush. When I drove on by, he got behind a port... they have here. When I backed up he looked at me. I went ahead and backed up to the road. And he reached in his pocket. I kinda watched him. he went back in the house. And then stepped back out and went into the house. That’s when I called y’all. But we’ve been having a lot of burglaries and break-ins around here lately, and I had a pistol stolen Jan. 1 actually and he, he, I’ve never seen this guy before in the neighborhood. We always keep and eye and you know sure enough there’s one or [inaud] through the yards you know.

Listen to the full 911 call below: