7 protesters detained at Naval Submarine Base in Kings Bay

Officials report the protesters were able to make their way onto the base but were not near any compromising areas. 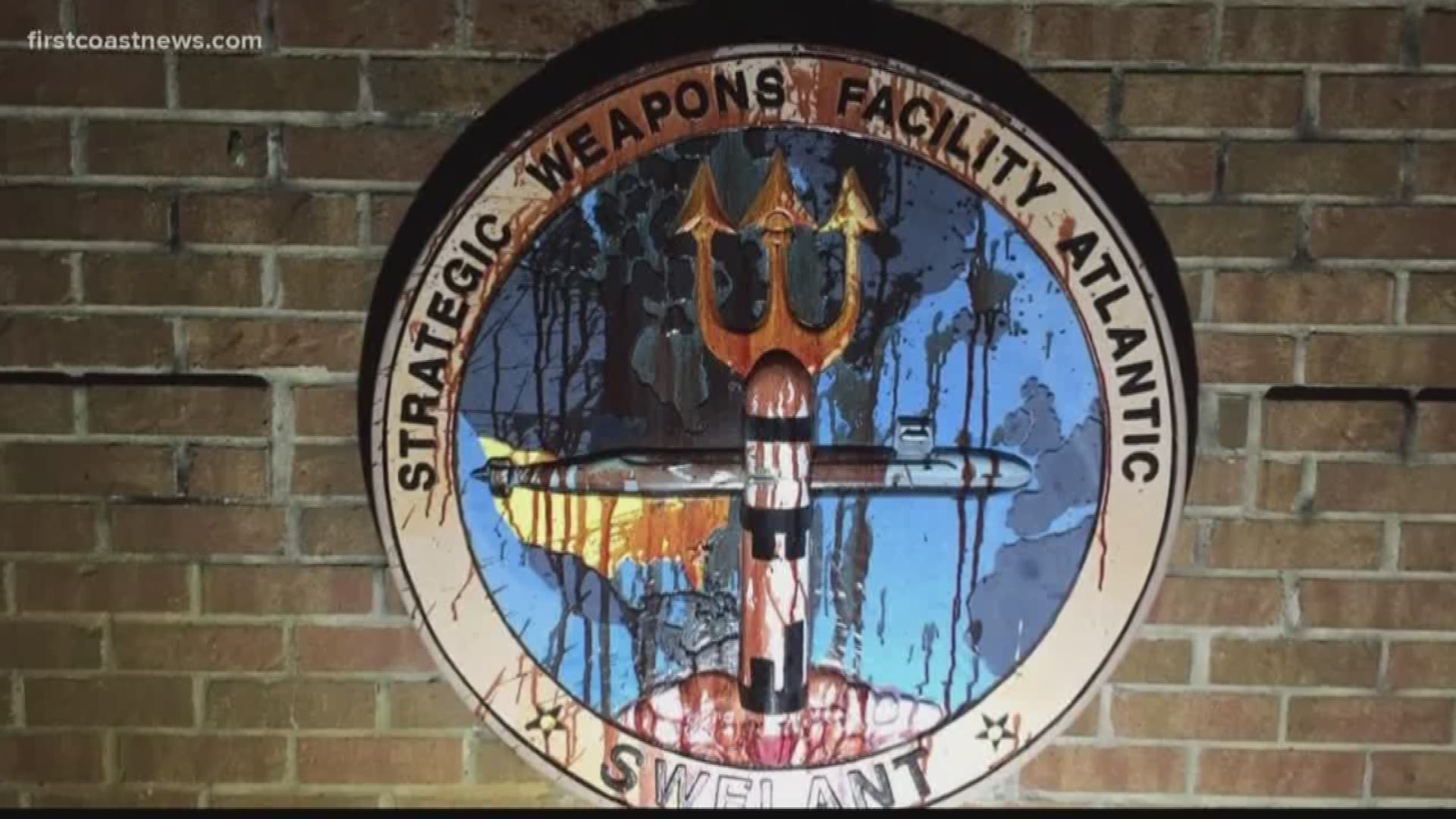 According to the Public Affairs Officer, Scott Bassett, protesters made their way onto the base property of Naval Submarine Base in Kings Bay, Georgia.

The 7 people are currently being detained by the base personnel and are currently at the Camden County Sheriff's Office. According to Kings Bay Plowshares, the activists at the Trident D5 monuments were Mark Colville, 55, Amistad Catholic Worker New Haven CT and Patrick O'Neil, 61, Fr. Charlie Mulholland Catholic Worker Garner NC.

MUGSHOTS: 7 protesters detained at Naval Submarine Base in Kings Bay

They are all charged with misdemeanor criminal trespass, felony interference with government property, and felony possession of tools in the commission of a crime.

We've learned they were protesting the type of weapons on the base and tying it to the anniversary of the MLK assassination. They are facing trespassing and defacing government property charges.

These are the mugshots for Martha Hennessy, Patrick O'Neal, Carmen Trotta and Stephen Kelly @FCN2go pic.twitter.com/zYvHN7a1ff

It's unclear how seven people allegedly between the ages of 55 and 78 got into the secure facility, but I just saw base personnel doing a perimeter check. It's unclear if it's related to the vandalism or daily routine. @FCN2go pic.twitter.com/k0RAiMd7sj