Jamee Johnson died in December 2019, but interest in the case continues to persist in the wake of the Black Lives Matter movement. 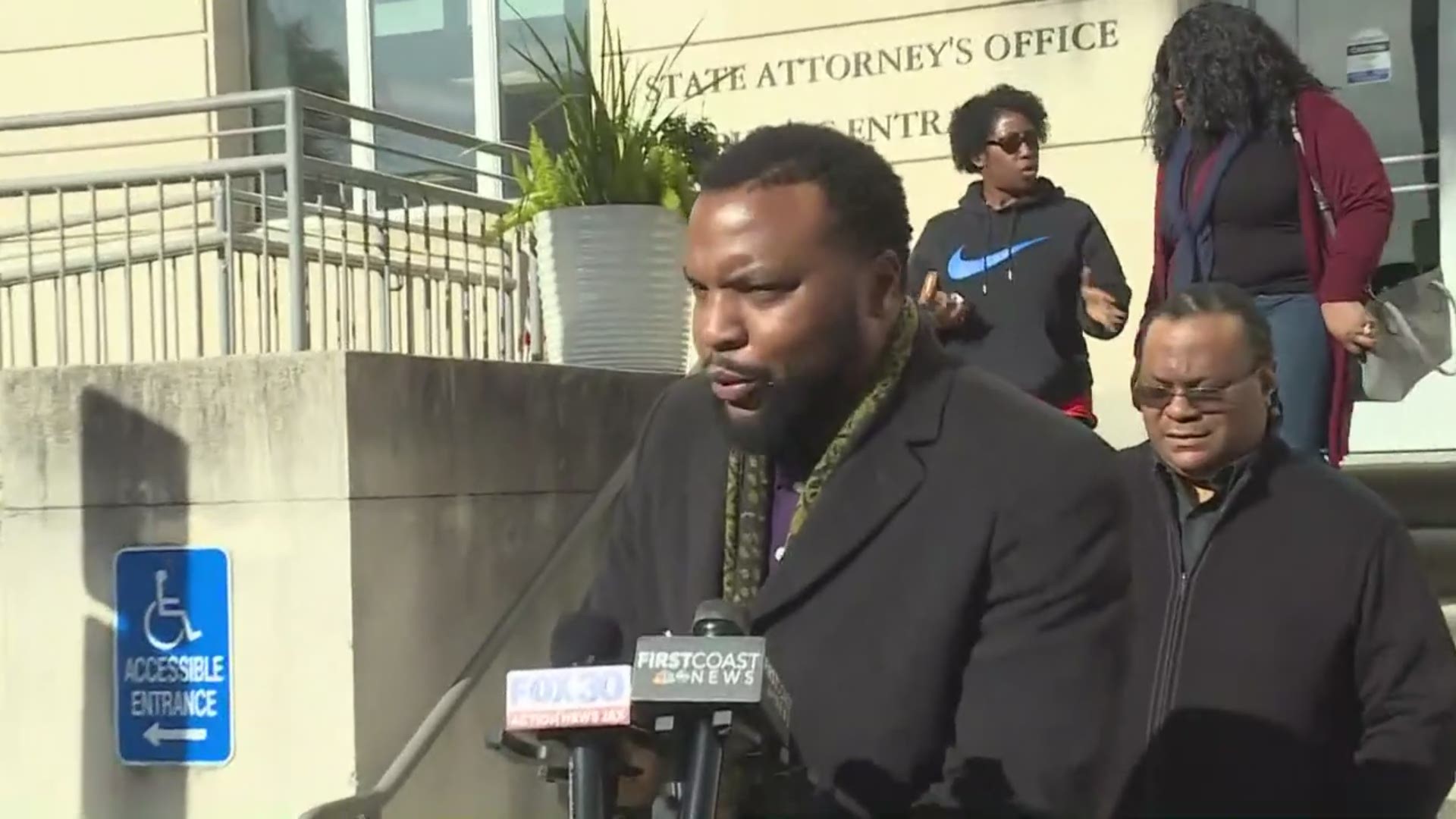 Here are four things to know about the shooting death of Jamee Johnson.

1. He was pulled over for a seat belt violation.

The Jacksonville Sheriff's Office said Johnson, 22, was pulled over in the 3000 block of Buckman Street by officers Josue Garriga and K. Graham on Dec. 14. Police did not give an explanation for the traffic stop, but family members told First Coast News it had to do with a seat belt violation.

JSO Chief of Investigations T.K. Waters said during the stop Garriga became aware that there was a handgun inside the vehicle and asked Johnson to get out of the car. Johnson complied, according to Waters.

Garriga began to escort Johnson back to his police car but a struggle ensued when Johnson reportedly shoved the officer away and jumped back into his own car. Garriga went behind Johnson and tried to stop him from going toward the handgun, Waters said.

During the reported struggle, police said Johnson tried to drive off while Officer Garriga’s body was partially exposed outside the vehicle.

Garriga shot him four times and Johnson was taken to a Jacksonville hospital where he was pronounced dead.

2. Johnson had no criminal history.

According to police, Johnson had no criminal record. He was enrolled at Florida A&M University as a business major and had planned on graduating the following spring, according to family members.

3. Officer Garriga was previously involved in a deadly officer-involved shooting in Putnam County.

Years before the December 2019 fatal shooting of Johnson, Garriga was involved in a deadly officer-involved shooting as a member of the Putnam County Sheriff's Office.

On March 6, 2015, then-Putnam County Detective Josue Garriga was one of several officers who fired at 48-year-old Andrew Williams, who was later pronounced dead, according to PCSO documents.

Putnam deputies said Williams was trying to buy drugs and when they attempted to arrest him, Williams tried to escape. While trying to get away, Williams hit a tree and when he reversed the vehicle, Garriga and at least two other officers fired multiple rounds killing Williams, police said.

4. Officers were wearing body cameras at the time of Johnson's death, but JSO has yet to release footage to the public nor Johnson's family.

There have been several calls from Johnson's family for JSO to release the body camera footage from the night of the deadly shooting. Two weeks after Johnson's death, his mother, Kimberly Austin, and others gathered at the steps of the Jacksonville Sheriff's Office chanting "Justice for Jamee."

"I just need answers. You know, it's a void that's missing that can never be filled now," Austin told First Coast News.

Austin told First Coast News she had heard conflicting accounts of what happened to her son.

"For what witnesses have said to me, it didn't happen that way," she said. "So, if it happened that way and you have the proof to show that, then why not let us see that?"

"In light of concerns expressed by the family of Jamee Johnson and members of the Florida House of Representatives and Florida Senate, please consider this a formal request for the Florida Department of Law Enforcement (FDLE) to conduct a review of the use of deadly force by the Jacksonville Sheriff’s Office on December 14, 2019 … A thorough review by FDLE’s expert Special Agents and Analysts will allay any concerns and bring closure to all the parties involved, the Johnson family, the Sheriff’s Deputies involved, JSO, and the citizens of Florida.”

State Representatives Shevrin Jones of West Park; Ramon Alexander of Tallahassee; Bruce Antone of Orlando; Geraldine Thompson of Windermere and Kim Daniels of Jacksonville have all asked for body camera footage from the scene to be released.

Demand for the footage has since intensified in the wake of recently reported acts of deadly police brutality against Black Americans like George Floyd, Breona Taylor and Ahmaud Arbery.

In June 2020, Johnson's family members and loved ones attended the "Jax Take Action" protest that started in front of the Duval County Courthouse in Downtown Jacksonville.

JSO said the release of the footage was delayed pending an investigation into the shooting, however, the Florida State Attorney's Office said it plans to release the footage once it completes its investigation.

Credit: Family
Jamee Johnson, 22, was shot to death after being pulled over for a seat belt violation in Jacksonville in December 2019.