Postal workers, pastors, disc jockeys and youth directors were among more than 70 arrested in eight states. 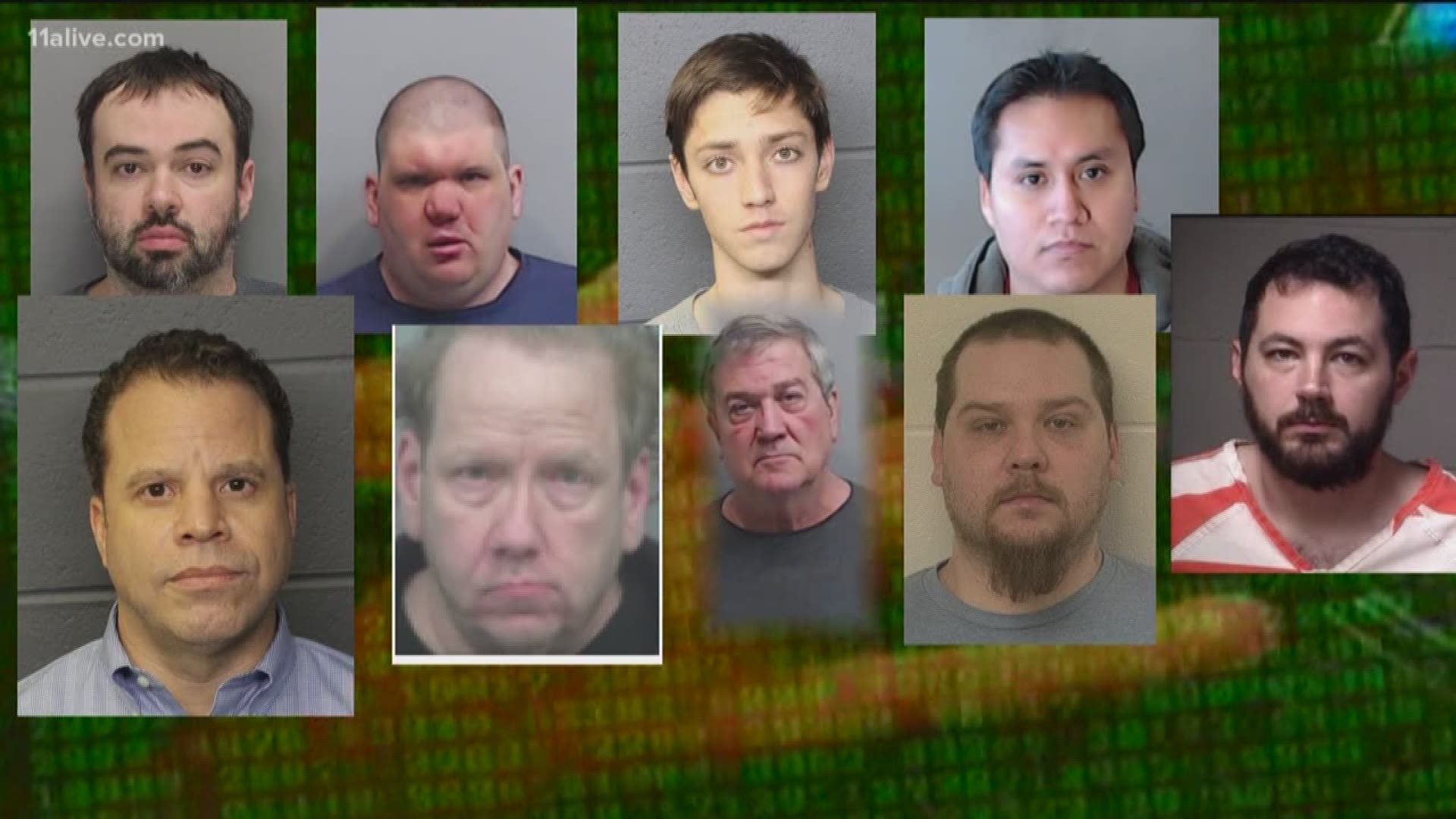 DECATUR, Ga. - A total of 76 people – some of them postal workers, pastors and daycare administrators – were arrested as part of a massive, multi-state child exploitation operation conducted across eight southern states, including Georgia.

In Georgia, 34 people were arrested and 13 children were rescued during Operation Southern Impact II, according to the GBI. Many of those arrests involved the possession and/or distribution of child pornography.

"People who see to harm our most vulnerable population will not be tolerated," said Nelly Miles with the GBI. "We mean business when it comes to these types of crimes against our children."

Six of those arrested in Georgia traveled for the purpose of meeting and having sex with a minor. There was one arrest involving sextortion, which involves subjects who obtain sexually explicit photos of minors and then threaten or blackmail the victim for additional obscene images or videos.

Eight registered sex offenders were also arrested in Georgia. At least one foster parent with young children was arrested.

There were also searches conducted where guns and illegal drugs were discovered.

Those arrested ranged in age from 17 to 72. Some of their occupations included postal worker, non-profit employee, small business owner, store clerk, mechanic, daycare administrator, pastor, construction worker and magician. More than 1,200 digital devices such as cell phones and computers were seized.

In Georgia, the arrestees, ranged in age from 17 to 63. Some of their occupations included construction worker, truck driver, disc jockey, youth director, and a restaurant worker.

Here are the names of those arrested in Georgia: