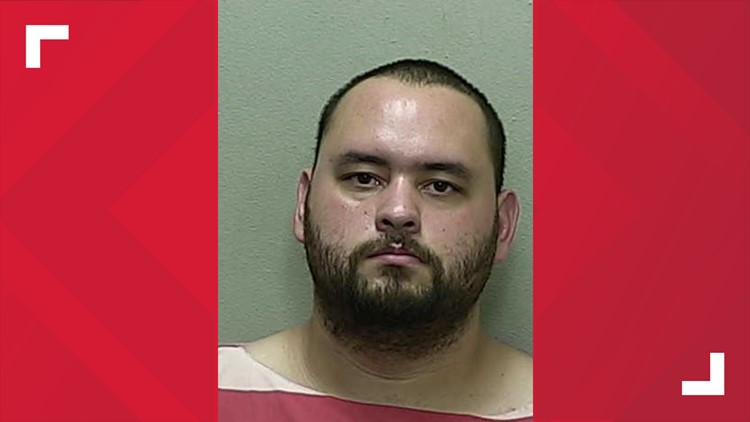 A 32-year-old man was arrested Tuesday after he reportedly sexually battered a 4-year-old child, according to the Marion County Sheriff's Office.

Jesse Holden Otero, 32, was charged with sexual battery on a victim under 12 years old, deputies said.

Deputies said the incident happened when the victim's mother left her two children at Otero's apartment so she could go to court. Otero has agreed to watch the children.

When the mother returned two hours later, she found her 4-year-old child crying hysterically on the edge of the suspect's bed with her hair wet, an arrest report said.

Detectives said the victim told her family that Otero had given her a bath and touched her in a sexual manner. The child's mother observed that the victim was bleeding in the area she said the suspect touched her, the report said.

When Otero was brought in for an interview regarding the accusation, deputies said Otero admitted to having "urges" but that he never acted on them until that day.

Otero is being held in Marion County Jail on no bond.

The sheriff's office believes there may be other victims of Otero. If you are a victim or know of a victim of Otero, call Detective Jessica Galler at 352-368-3535.