If anyone has any information on the shooting, they are urged to call the Clay County Sheriff's Office at 904-264-6512. 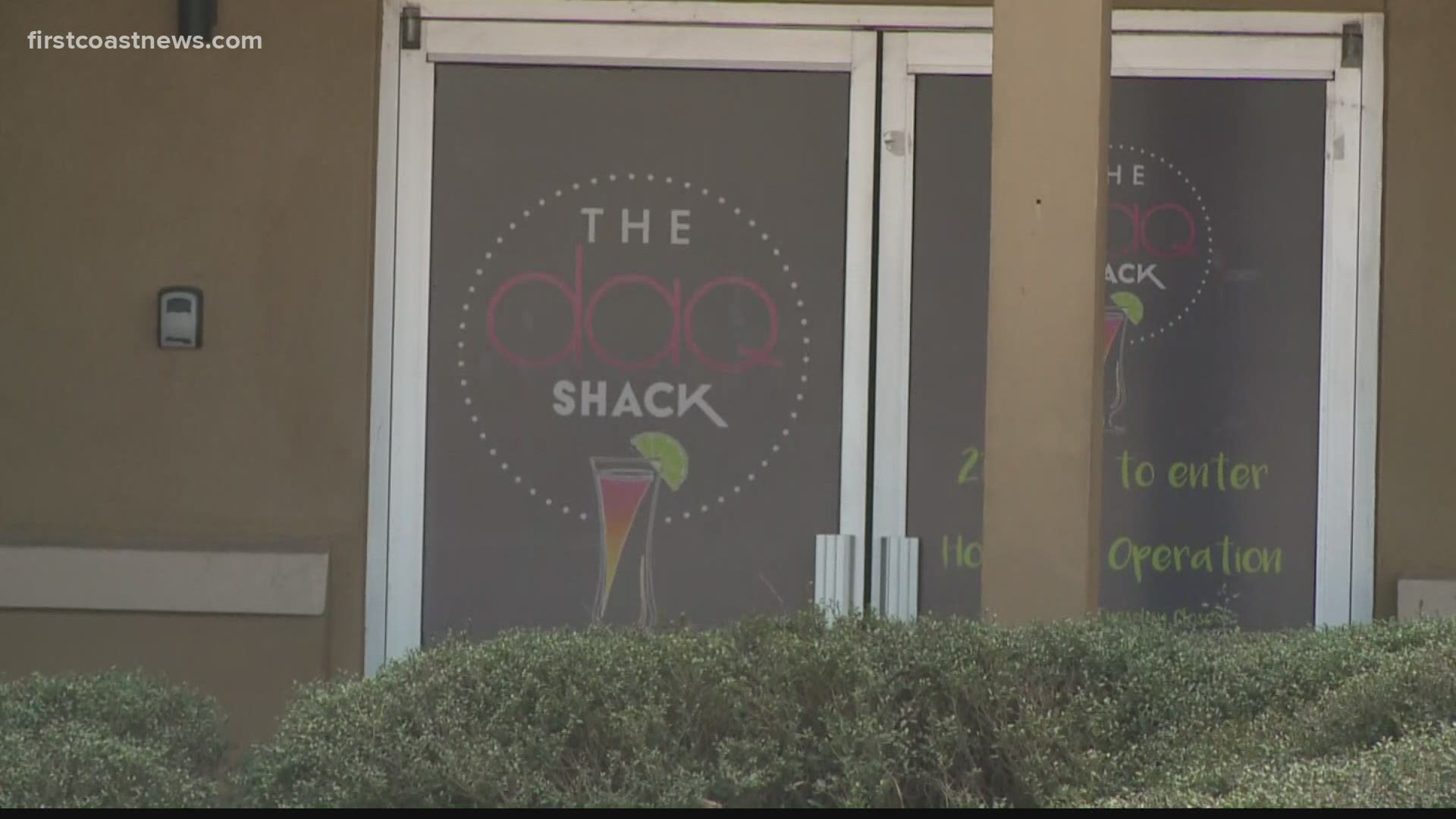 ORANGE PARK, Fla. — Two people are in the hospital after a shooting at an Orange Park restaurant and bar, the Clay County Sheriff's Office said on Twitter.

The conditions of each of the victims are not known.

“It’s pretty calm I guess," Yaret Martinez said. "Everybody comes out here during their break and sometimes people will be out here talking. I’ll do that to you sometimes.”

Yaret Martinez works in the building next to the Daq Shack and says she was shocked to hear two people were shot late Saturday evening.

"It’s a bit concerning," Martinez said. "I hadn’t heard about anything until recently so it’s warning signs to be careful.”

Linda Smith has lived in the area for 45 years. She is also surprised to hear the Clay County Sheriff's Office is looking for a man in connection with shooting up the restaurant and sending two people to the hospital with gunshot wounds.

"There were some reason for them all to be there," Smith said. "I don’t think someone just came out to a place to eat and did that. I would think they are fighting already. It’s not like they were just pull up and start shooting.”

Martinez says the shooting will change her behavior.

"I won’t sit out here for lunch anymore. I will be more careful," Martinez said. "I guess it’s just being cautious.”

If anyone has any information on the shooting, they are urged to call the Clay County Sheriff's Office at 904-264-6512.

The Clay County Sheriff's Office is seeking the community's assistance in identifying the pictured male regarding a shooting that occurred on February 21, 2021, at the Daq Shack, 1754 Wells Road in Orange Park, FL. @JSOPIO @SJSOPIO (1/2) pic.twitter.com/nwMs6lYkuG

The @ccsofl says this suspect is still on the run. The shooting sent two people to the hospital. @FCN2go photojournalist @RodT1stCoast and I will be live at 5 & 6 with the latest developments and reaction from the community. https://t.co/LjLRRCFH9e