A bystander recorded the arrest and the video shows multiple deputies repeatedly shouting at a suspect to cooperate. (Warning: Video contains strong language.) 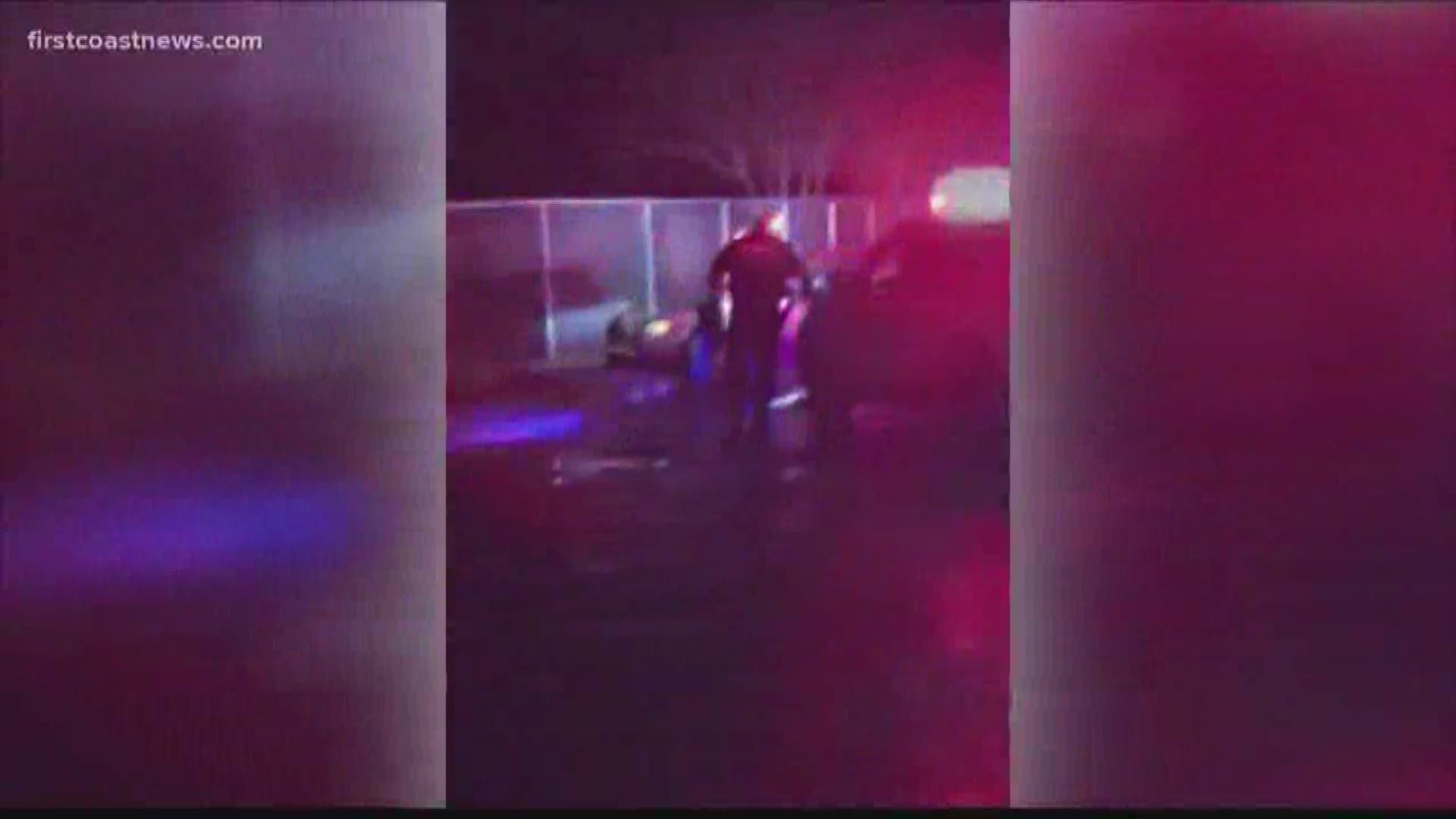 ST. JOHNS COUNTY, Fla. — Three deputies with the St. Johns County Sheriff's Office are on administrative leave after a video was released showing a man being repeatedly tased and, at one point, hit.

Arrest reports from both Florida Highway Patrol and the sheriff's office say Christopher Butler, 30, was arrested at a Winn Dixie parking lot in St. Augustine on Dec. 29, just after 1 a.m.

A bystander recorded the arrest and the video shows multiple deputies surrounding Butler demanding he put his hand behind his back. At several points in the video, a taser can be heard being deployed at Butler, who frequently shouts out in pain.

Butler was initially pulled over because he was driving at a slow speed and swerving on Interstate-95, according to the highway patrol arrest report. After troopers said they tried to initiate a traffic stop, but Butler began driving at 80 miles per hour and drove through two red lights before finally stopping at the Winn Dixie parking lot.

St. Johns County deputies McGinnis and Deleo stepped in to help during the pursuit and reported Butler refused commands to exit his vehicle. An arrest report from the sheriff's office said Butler punched and kicked both deputies while refusing commands.

The highway patrol reported Butler was eventually removed from the vehicle but did not follow commands to get on the ground. Butler was tased several times after attempts to physically restrain him were unsuccessful, according to the highway patrol's report.

Butler was eventually taken into custody and transported to Flagler Hospital by an ambulance.

The sheriff's office reported both McGinnis and Deleo sustained bruises, contusions and lacerations from the arrest.

Butler remains in jail without bond and is facing multiple charges, including fleeing/eluding police, DUI, resisting officers and battery.