Two men charged in the high-profile shooting of Ahmaud Arbery were denied bond. 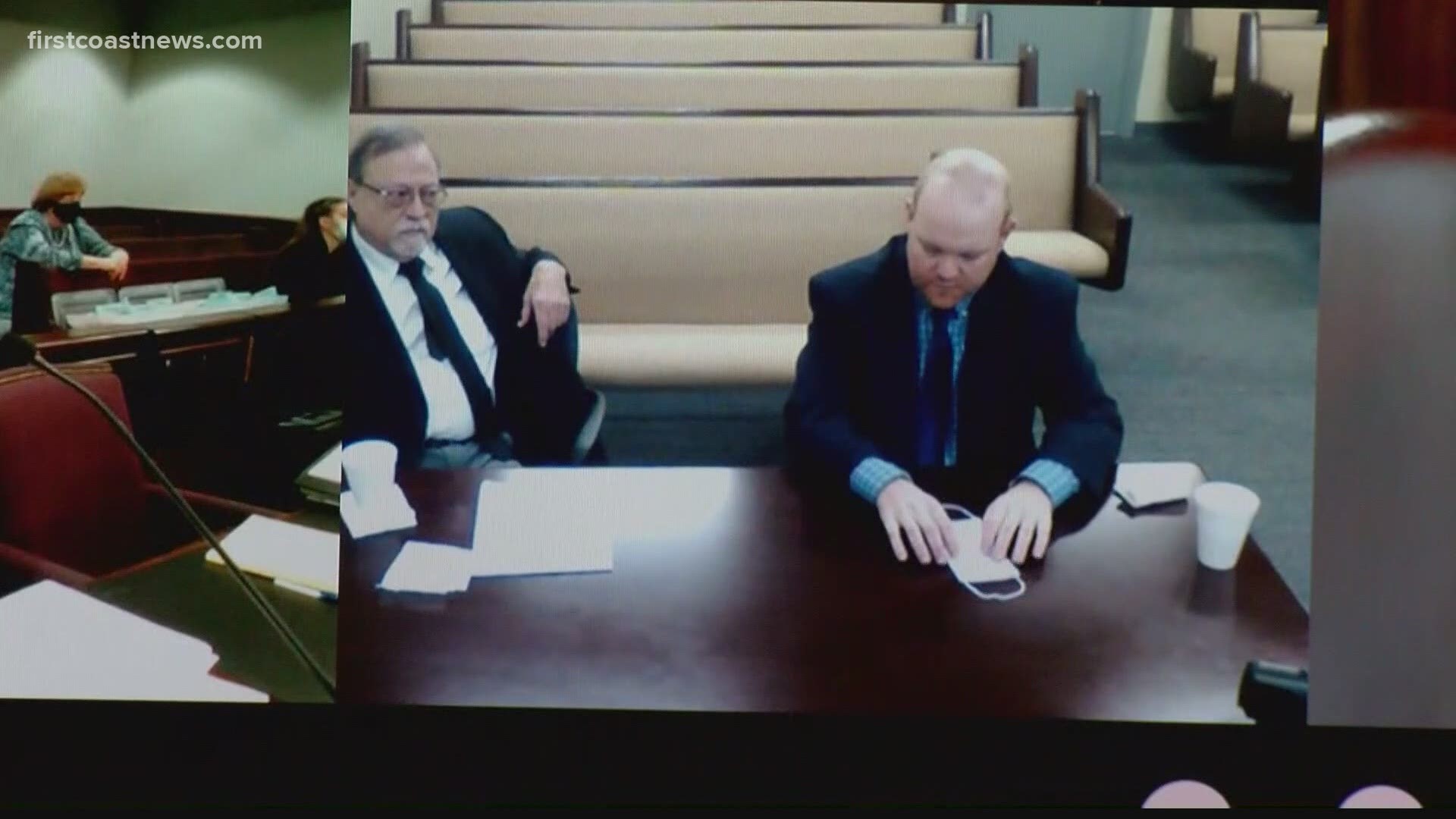 BRUNSWICK, Ga. — A judge has denied bond for two of three men charged with murder in the death of Ahmaud Arbery in Glynn County in February.

After another long day in court, the Arbery family is relieved the McMichaels were denied bond. Ahmaud Arbery’s mother was emotional after she saw the video of her son being shot and killed for the first time.

In the courtroom, Ms. Cooper-Jones could be heard crying after the video showed her son being shot.

“Ahmaud was confused. He had no idea he was under attack. He was confused,” Cooper-Jones said when asked what went through her mind.

Cooper-Jones and her attorney saying they are one step closer to justice.

Lee Merritt and Wanda Cooper-Jones speaking after the hearing, relieved that these men didn’t get a bond. @FCN2go pic.twitter.com/l9wMSm9Gma

Johnson later recused herself from the case. State prosecutors say the phone call—paired with Greg McMichael telling investigators he had a Glynn County PD-issued firearm—was obstruction of justice.

“I need some advice on how to proceed, could you please call me back?” the voicemail to Jackie Johnson said.

"Jackie could you please call me back?" is part of the voicemail played in the court. Prosecutors say this shows the defendant is a risk to obstruction of justice. @FCN2go

Defense attorneys claim this was a case of self-defense, a claim that Arbery family attorney Lee Merritt says is hard to accept.

“The way they’ve characterized this case specifically, the defendants referred to it as a good deed today,” Merritt said.

Another phone call played in the court showed that Greg McMichael told the friend the shooting was a good dead.

“This is not a case of self-defense, this was men who decided to hunt and kill an unarmed, non-violent black man,” Merritt said.

The judge in his ruling says he was concerned about the McMichaels’ actions and testimony from other witnesses, including text messages containing racial slurs the younger McMichael sent to a friend who took the stand Thursday.

In that text message, Travis McMichael said he would shoot a “crackhead (racial slur) with gold teeth” with a pistol. The friend replied to the text message but previously said he didn’t recall seeing the message.

Cobb County DA Joyette Holmes, whose team was appointed to the case by the Georgia Attorney General, says her team was prepared to bring out facts of the case to prove both men did not qualify for bond.

“It was important for us to know all the information out there and available to us to apply to those factors so the judge could make a ruling, much like the ruling he made today,” Holmes said.

Defense attorneys for the McMichaels maintain their clients are innocent.

They say this was a case of self-defense, and even said if the victim was white or had a name like “Arnold Arbery” then the state would not care as much about the case.

Holmes says they are hoping they can bring justice to Arbery’s family.

Arbery’s mother says her son was a victim of racism.

“I think that Ahmaud, because he was black, he was chased and he was killed, clearly it shows he was not committing a crime. He had not committed a crime at all,” Cooper-Jones said.

All three men charged in the case are denied bond. No trial date has been set.