Orlando Police say 25-year-old Darien Sulph and 31-year-old Brandon Bevel were shot while driving on Colonial Drive after going out "for some nightlife." 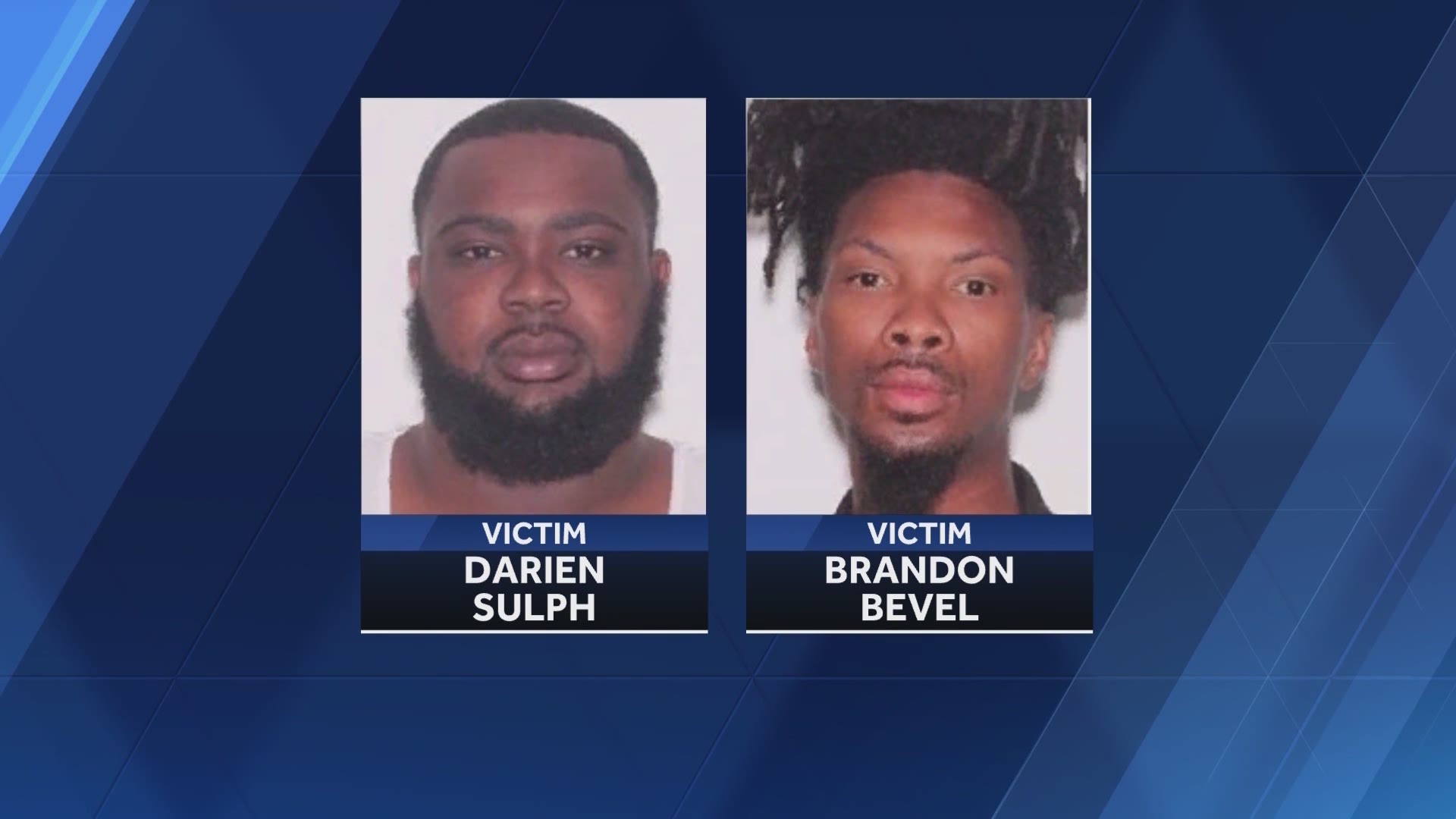 ORLANDO, Fla. — Two men from Jacksonville were shot and killed inside a vehicle early Sunday in Orlando.

According to Orlando police, 25-year-old Darien Sulph and 31-year-old Brandon Bevel were driving on Colonial Drive at 2:18 a.m. when another vehicle pulled alongside them, and a suspect shot a gun at them. Police said the men had gone out in Orlando for some nightlife.

The vehicle crashed into a bus stop near a Wendy's near the intersection of East Colonial Drive and Brumby Avenue, according to our news partners in Orlando, WESH.

People who live in the area told WESH they heard the violent attack.

"First it sounded like cars squealing, but there was a big bang, like an explosion and that was it," Ninive Santana said. "That's all you heard and after that you heard lights and sirens everywhere."

The crash scene was closed off for several hours while police investigated. When it reopened, flowers and balloons were left as a memorial for the two lives lost.

Witnesses also told WESH the area is normally quiet and they are surprised to learn about the deadly shooting.

Police do not have any suspect information available. They said they do not expect to release any additional updates Monday.

“This is an open and active investigation, and detectives are in the very early stages of their work, so there are no further details on the victims, or the incident, at the moment,” a statement from Orlando police said.

RELATED: 2 taken to hospital after shooting in Orange Park restaurant