The dolphins were found last week near Ft. Myers and Pensacola. 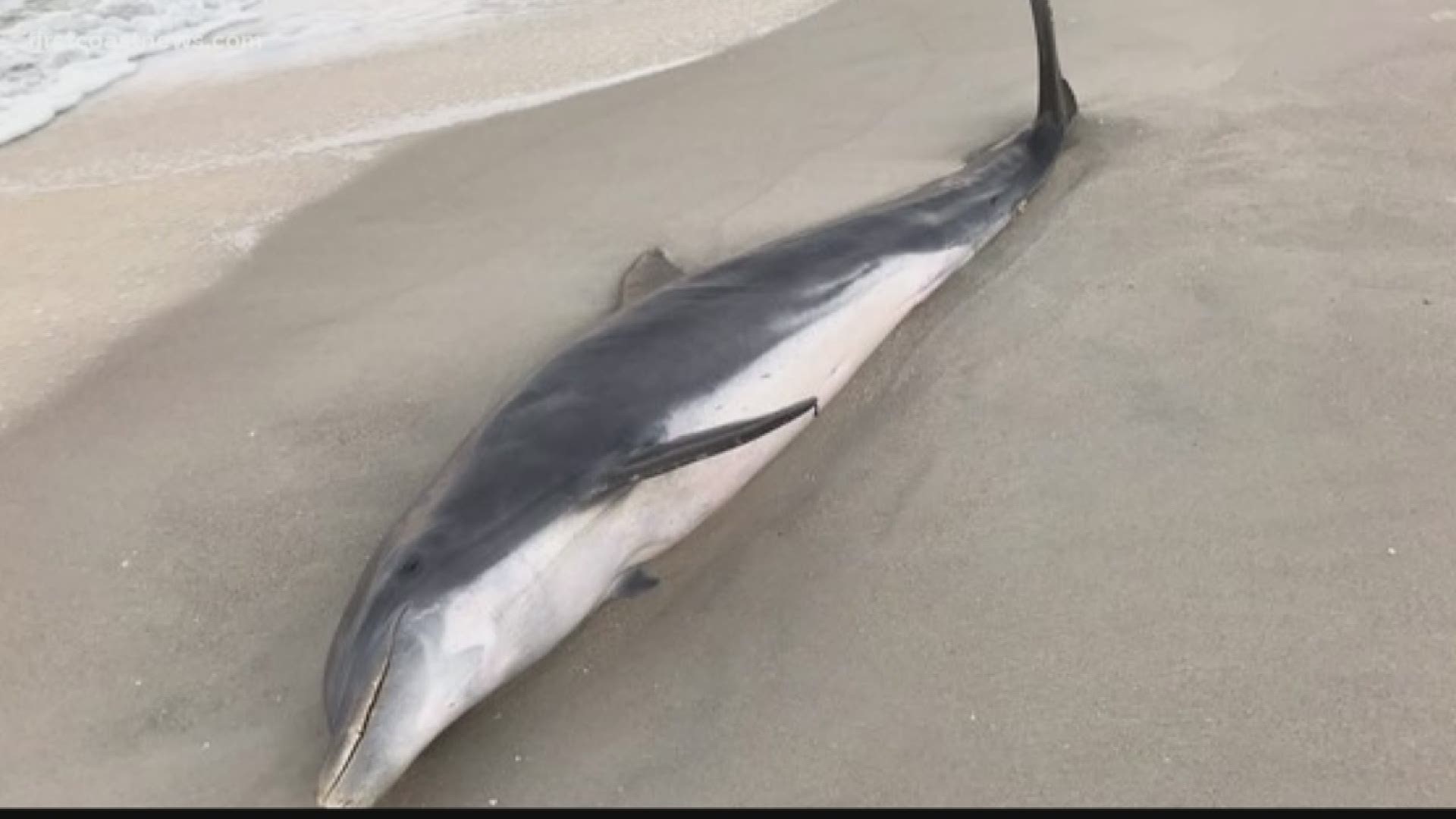 JACKSONVILLE, Fla. — Two dolphins were found dead off the Gulf Coast last week and biologists believe humans offered them food, possibly enticing them to their boats where they were then shot or stabbed.

"The best thing we can do is let them live their lives in peace," said Terran McGinnis, Marineland's Manager of Education and Community Development.

She says those deaths are preventable if people avoid feeding wild dolphins, which is prohibited under the Marine Mammal Protection Act. The National Oceanic and Atmospheric Administration, or NOAA, says since 2002 at least 29 dolphins were found dead with evidence of being shot or impaled with arrows or spears.

"The big picture is even people with the best intentions who just want to give a fish to a happy, wild dolphin are still negatively impacting a dolphin's health," McGinnis said.

Marineland Dolphin Adventure offers educational opportunities that address what not to do with wild dolphins and McGinnis says using food to bait them puts the dolphins in harmful situations, especially if they associate a boat with food -- whether intentional or not.

"They don't need us to give them food and it's inevitably training a behavior that could be deadly for them," McGinnis said.

NOAA is offering a reward that leads to the conviction of the person or person's responsible for the dolphin's deaths. For more information, click here.