14-year-old girl shot by fireworks in St. Augustine, police searching for those responsible

Mischa Dux's daughter was shot on July 8. Another woman was shot at while pumping gas at a gas station July 4. 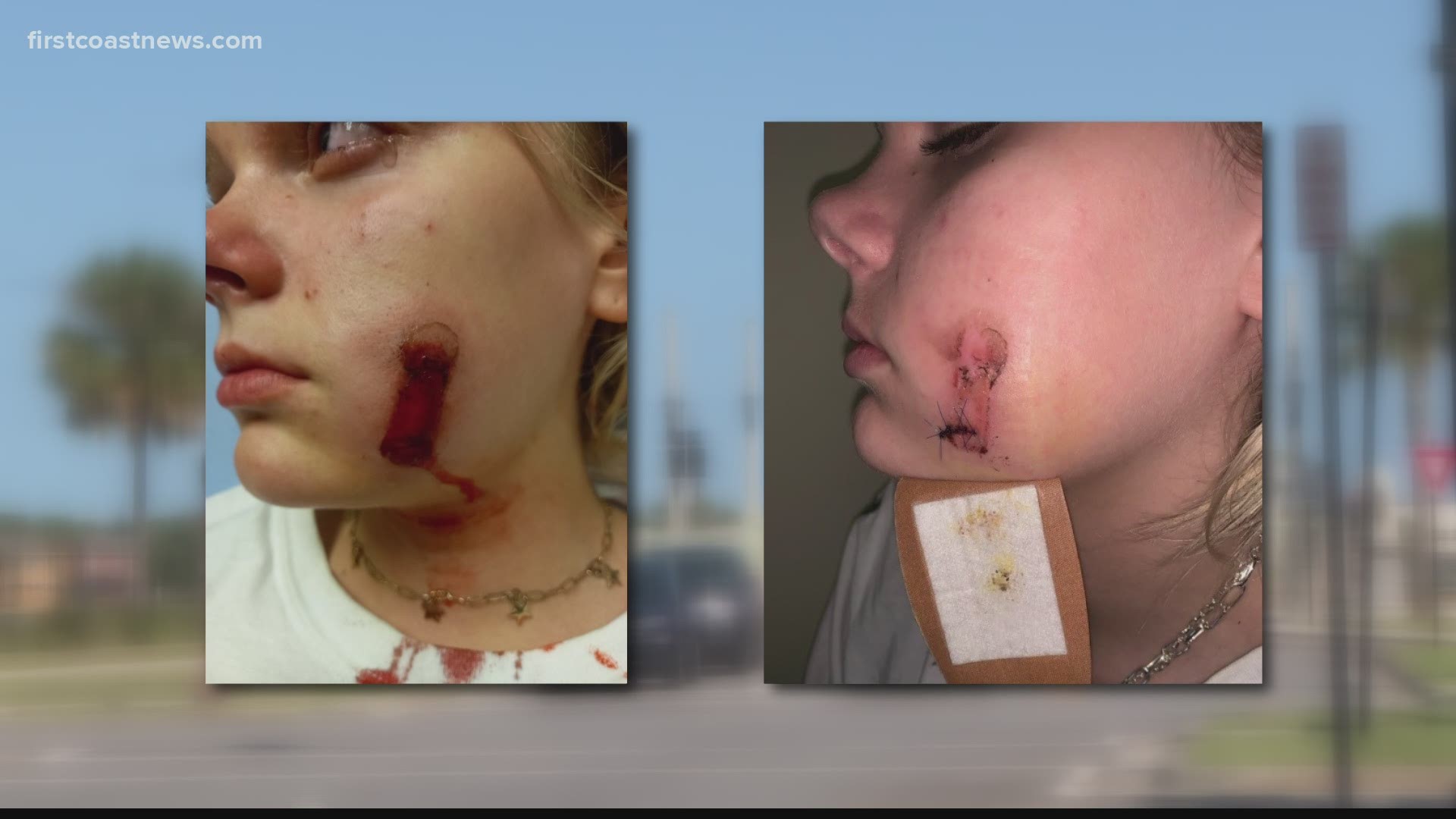 ST. AUGUSTINE, Fla. — They are injuries that caused a gash and a hole on the cheek of Miesha Dux's 14-year-old daughter.

A trip to downtown St. Augustine on July 8 ended with a trip to the emergency room.

"Her entire face had blood and burns and everything kind of everywhere," Dux explained to First Coast News.

Dux says her daughter was hit with what she thinks was a Roman Candle, although police have not confirmed what device caused the injury that required seven stitches.

She says a gray Acura was seen in the area. It caught the attention of St. Augustine police, which posted a safety message on its Facebook page.

That car was possibly involved in another incident four days before on the 4th of July.

"Just ran as far as I could, as fast as I could toward US 1 because I was convinced there was going to be a big explosion," said Trish Evers.

Evers said she was pumping gas at the Circle K on US 1 near the airport when a ball of fire ricocheted off her car.

"I don't know who would have a vendetta against me. I think it was a random person and I wonder why," Evers said. "I can't help but to question what the intent was," she said.

Evers wasn't severely injured but was left with a burn on her leg. She and Dux filed police reports and we're told police are investigating.

It's left both of them puzzled about the intent of someone's possible prank. They are also pushing for charges against those involved.

"So long as they are held responsible for it.  Brought to justice. Held responsible. I mean, that's a 14-year-old little girl," Dux said.