She was ejected in a crash. 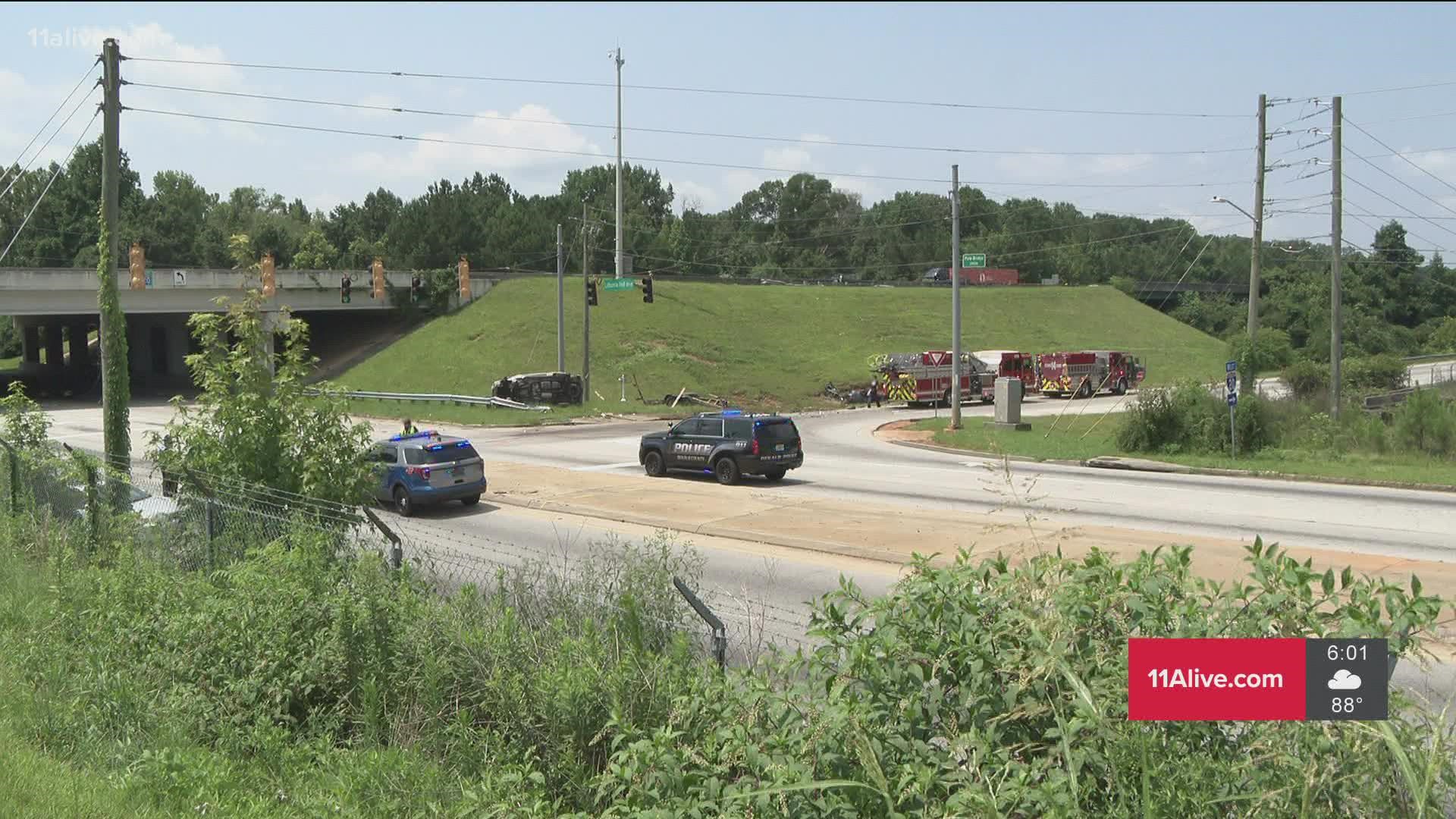 NEWTON COUNTY, Ga. — Georgia State Patrol and Newton County Police report a pregnant woman died after a crash involving a stolen car and another vehicle Sunday morning. At around 11:25 am, officials began the chase after a Newton County Police officer discovered the driver of a Passat stolen out of Mississippi was fleeing on I-20 West near the exit.

GSP reported the driver, who has been identified as 30-year old Ronreaco W. Bailey, "drove extremely recklessly and with disregard to the safety of others."

The driver of a Ford Superduty with a Ford Explorer in tow was traveling south on Lithonia Industrial Blvd approaching the intersection with Old Hillandale Drive. The front bumper of the Passat struck the left front side of the trailer towing the Explorer, the report said.

After impact, the suspect's vehicle overturned, and a 37-year-old pregnant female passenger was ejected and died from injuries. Police have not identified the woman.

Another woman in the car, identified as Jatina Banks, 31, sustained injuries that were not life-threatening, according to GSP.

Bailey was seriously injured and had to be extricated from the vehicle. Georgia State Patrol told 11Alive he currently has a suspended Georgia Driver’s License and an active probation violation arrest warrant.

As state patrol continues investigating the crash, charges are pending against him.