As of Tuesday, 163 people have lost their lives in Columbus, not far from the record of 175 set last year. 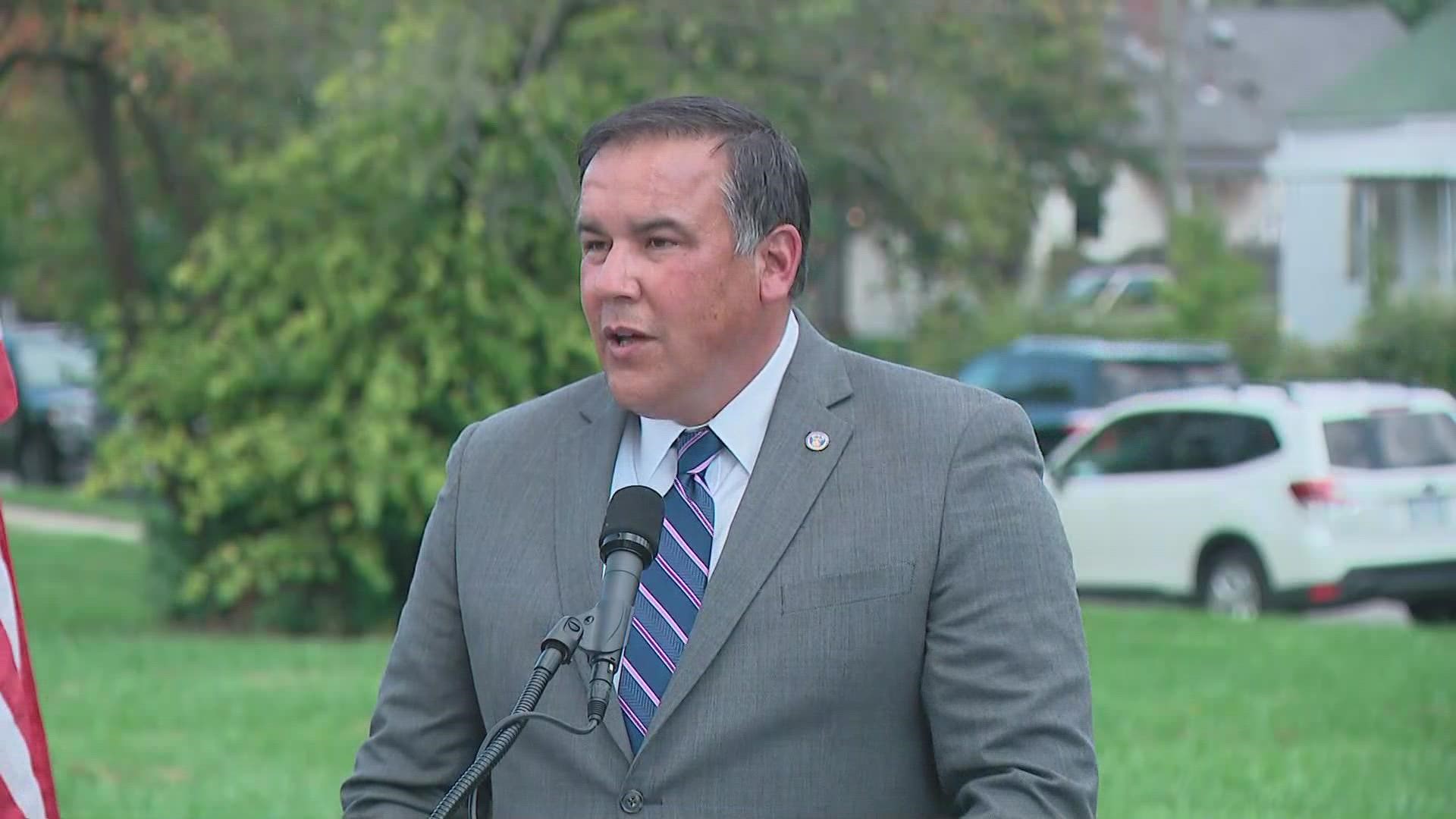 COLUMBUS, Ohio — Columbus Mayor Andrew Ginther said that the city has identified more than a dozen gangs that they believe are responsible for a lot of the violence this year.

As of Tuesday, 163 people have lost their lives in Columbus, not far from the record of 175 set last year.

“The violence we are seeing today is different. We need a new plan,” Ginther said.

In March, the city approved a $350,000 investment, partnering with a criminologist known for his Group Violence Intervention (GVI) strategy.

The program uses evidence-based research to determine underlying factors in groups of people associated with crime in cities like Boston, Chicago and Indianapolis.

Ginther says through GVI the city is working to identify individuals, groups, trends, and geographic boundaries to focus resources on where they can do the best for the most people.

“We know that we simply cannot arrest our way out of crime. We must leverage every resource and engage with every partner to reduce crime through prevention and intervention,” Ginther explained.

“This represents .05% of Columbus' population, but we know at least 36% of the homicides involve these group members,” Potts said.

Columbus Mayor Andrew Ginther was joined for the briefing by Assistant Police Chief LaShanna Potts and Commander Smith Weir with the Columbus Division of Police.

When asked if the city has a gang problem, Ginther said he thinks every city in America does.

“One gang is too many in our city. We are going to do everything in our power to offer a different way forward, and if they don't accept, hold them accountable,” he said.

Columbus Police Commander Smith Weir explained the Reroute program has been successful in making 46 arrests, taking 32 guns, one rifle, more than a thousand grams of heroin and fentanyl off the streets, as well as recovering three stolen vehicles.

“Starting in April this past year, we comprised a team of officers and a sergeant to conduct investigative activity on youthful offenders up to the age of mid-20's and those that are suspected of or have been involved in violent crimes,” Weir said.