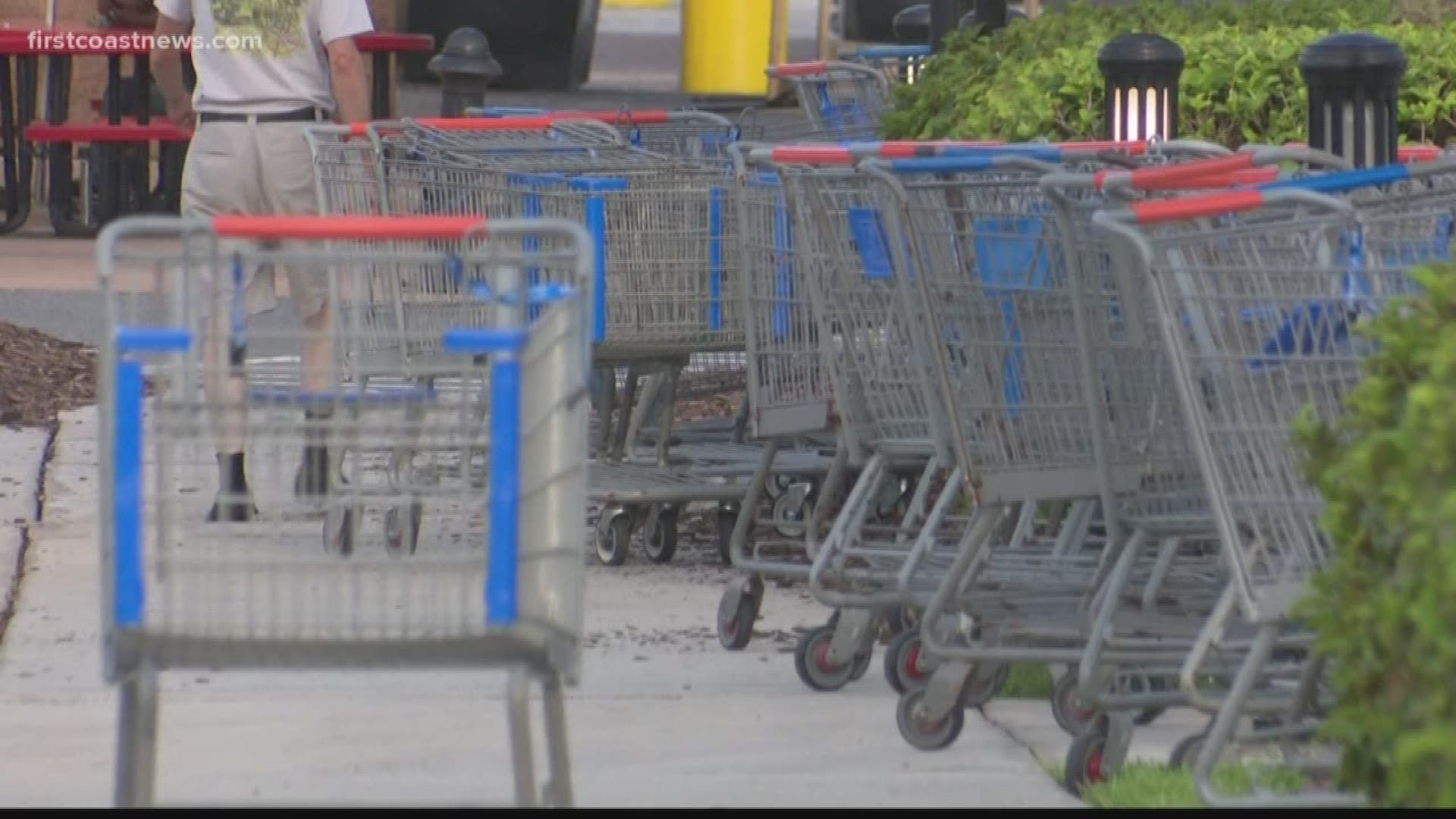 JACKSONVILLE, Fla. — A Jacksonville mother says her 6-year-old son was filmed using the restroom at a local Walmart on Saturday.

Latasha Latimer told First Coast News she and her family were checking out at the Walmart at River City Market place when her two sons went to use the restroom.

Latimer said her 6-year-old son was using one of the urinals when her 12-year-old son noticed a cell phone slip from under a nearby toilet stall with its camera facing the youngest child.

Immediately, the eldest son yelled for his brother to stop and the two left.

"As soon as [my son] finished, he ran outside to checkout," Latimer said. "Come to find out this man had been in the restroom for three hours, which is very concerning."

Walmart employees told Latimer that they determined how long the man was inside the stall by checking surveillance video.

Latimer's husband ran into the bathroom to confront the man. There, he found the man still sitting inside the stall and using his phone.

"He told my husband that he fell asleep in the stall and that's why his phone was in the direction that it was," Latimer recalled. "But I was like,'Your phone never hit the ground. You still had the phone in your hand.' But that was the story he kept using when the police arrived."

Walmart staff intervened and took the man out of the bathroom and the group went outside the store where the police were called, according to Latimer.

The Jacksonville Sheriff's Office arrived at the scene about 30 to 40 minutes later, according to Latimer. During the wait, Latimer said she saw the man deleting items from his phone.

"The officer said, 'Well, the last picture I see taken on his phone was from 2017,'" Latimer recalled. "I said, 'This guy stood there while we were waiting for you guys to show up and he was deleting stuff off his phone.'"

Latimer said the man was eventually handcuffed, placed in the backseat of the officer's vehicle and taken from the scene.

"We care about the safety and security of our customers and we take this seriously. We’re working with the Jacksonville Sheriff’s Office and as this is an ongoing investigation, we will refer additional questions to them."

Latimer said she has been in touch with a JSO detective regarding the case and wants parents to be aware so the same thing does not happen to them.

"The fact that this man was in the restroom for three freaking hours waiting to see if a child -- because I'm sure he was looking at his shoe size -- to come in...," she said. "He was targeting kids if he had been in there for three hours total."