In the heart of Nassau County, near I-95 and A1A, a posh new development known as Wildlight is at the center of a debate brewing in Tallahassee. 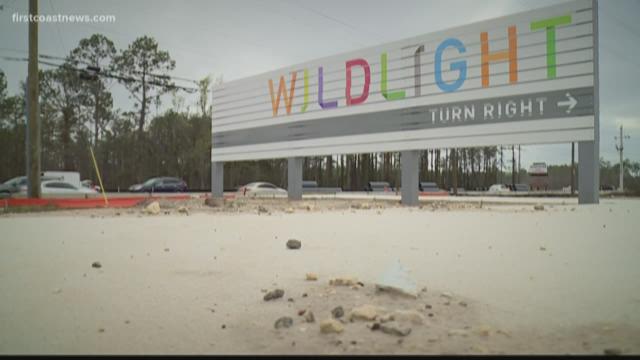 In the heart of Nassau County, near I-95 and A1A, a posh new development known as Wildlight is at the center of a debate brewing in Tallahassee.

According to Nassau County officials, Rayonier Inc, parent company of Wildlight developer Raydient Places, is backtracking on a deal with the county to build public parks inside the 24,000-acre development. Raydient Places officials disagree.

“Well they are saying that we agreed to that and the facts are the agreements that we have don’t contain any language that ever implied the developer would be paying for anything other than the donation of land,” said Raydient Places Vice President of Community Development Charles Adams.

“To date, no one from Raydient has called me and told me that we have a misunderstanding,” Nassau County commissioner Pat Edwards said. He believes Wildlight is a great thing for Nassau County, but said the parks are a must. “[The taxpayers] are concerned of the money that could be spent because [Raydient] reneged on the deal.”

The public parks are required to be built with any new development, according to county officials, who say that Rayident knew their obligations to build parks when they entered into the public-private partnership.

“They supposed to build a ballpark and give it to the county for upkeep,” long-time resident and former county commissioner Jimmy L. Higginbotham said. “When you make an agreement with someone it’s over with. You don’t go behind my back and change things.”

The debate between the two parties is leaving residents like Higginbotham frustrated because they are worried their tax dollars will be used to pick up the cost.

If Raydient doesn’t pay for the parks, the county will be forced to pick up the multi-million dollar tab.

“I don’t want to be burden with these amenities when I think the developer should pay for them,” Higginbotham said.

And the battle over this issue has reached the state capital.

Two bills making their way through the Florida legislature could wipe out Raydient’s responsibility to fund the public space inside the new development, according to county officials.

Now, despite the Florida Senate Appropriations committee striking specific language from the

“You don’t ever know until it’s over. That’s a feather in the cap,” Higginbotham said.