The last grocery store in the area closed in September of 2017. Unable to get another grocer, the Baldwin Town Council made the decision to become their own. 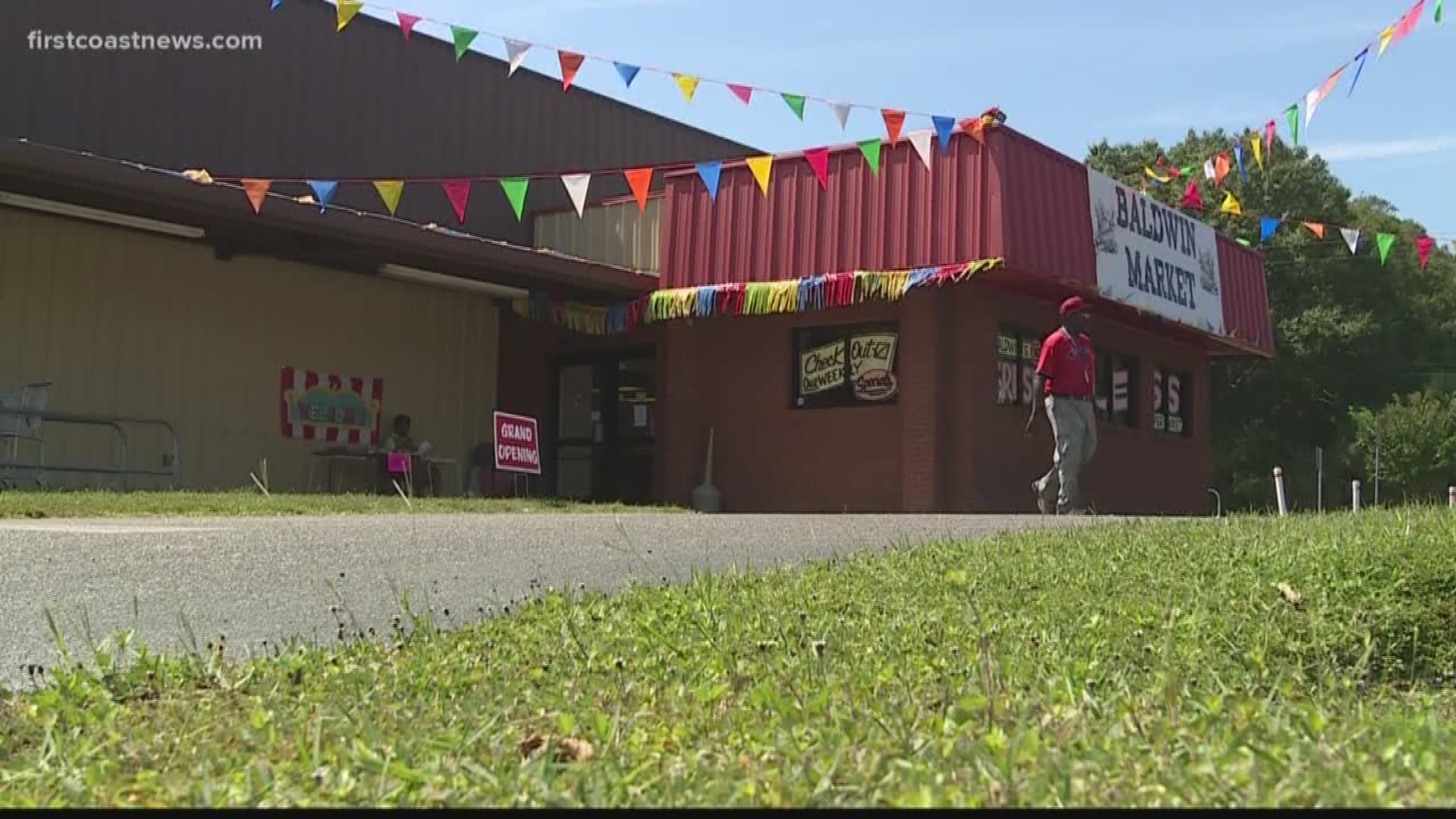 JACKSONVILLE, Fla —
The Town of Baldwin has a population of 1,466 people with an estimated median income of $44,000. The town has zero grocery stores. The last grocery store closed in September of 2017.

Harris and other residents say not having a grocery store has really been a major inconvenience.

"We had a lacking of fresh vegetables and meat for a year in town," Sean Lynch said.

Lynch is the mayor of the town. He said when the only grocery store in town closed, it created a food desert.

"I tried to get the big boys in, the Walmart and the Winn Dixie and the building is too small," he said.

Unable to get another grocer, in July, the Baldwin Town Council made the decision to become their own grocers. They already owned the building.

"We did a few workshops, a few budgets, business plans and council agreed to open it," Lynch said. "They gave me $150 thousand from reserve funding that we have."

The money was needed to stock the store shelves and create jobs. Over the weekend, The Baldwin Market had it's Grand Opening and the turn out was overwhelming.

"Saturday was like Times Square we were packed," Lynch said.

A municipal-owned grocery store is highly unusual, but the mayor said they had to do something.

"Residents were calling, so it came out through necessity," he said.

Harris plans to become a regular at the Baldwin Market.

Thursday she was in one of the stores check out lanes, picking up a few items, and she didn't have to travel 15 miles one way to get them.

"It is so convenient for us," Harris said. " I am just so excited about it. We really missed it."

Lynch said after three months the plan is to begin reimbursement of the Town's General Fund.

He said they plan to grow the business to continue to meet the needs of the community.

The Town of Baldwin will continue to be in the grocery store business until a business partner comes along and buys into what they're doing.