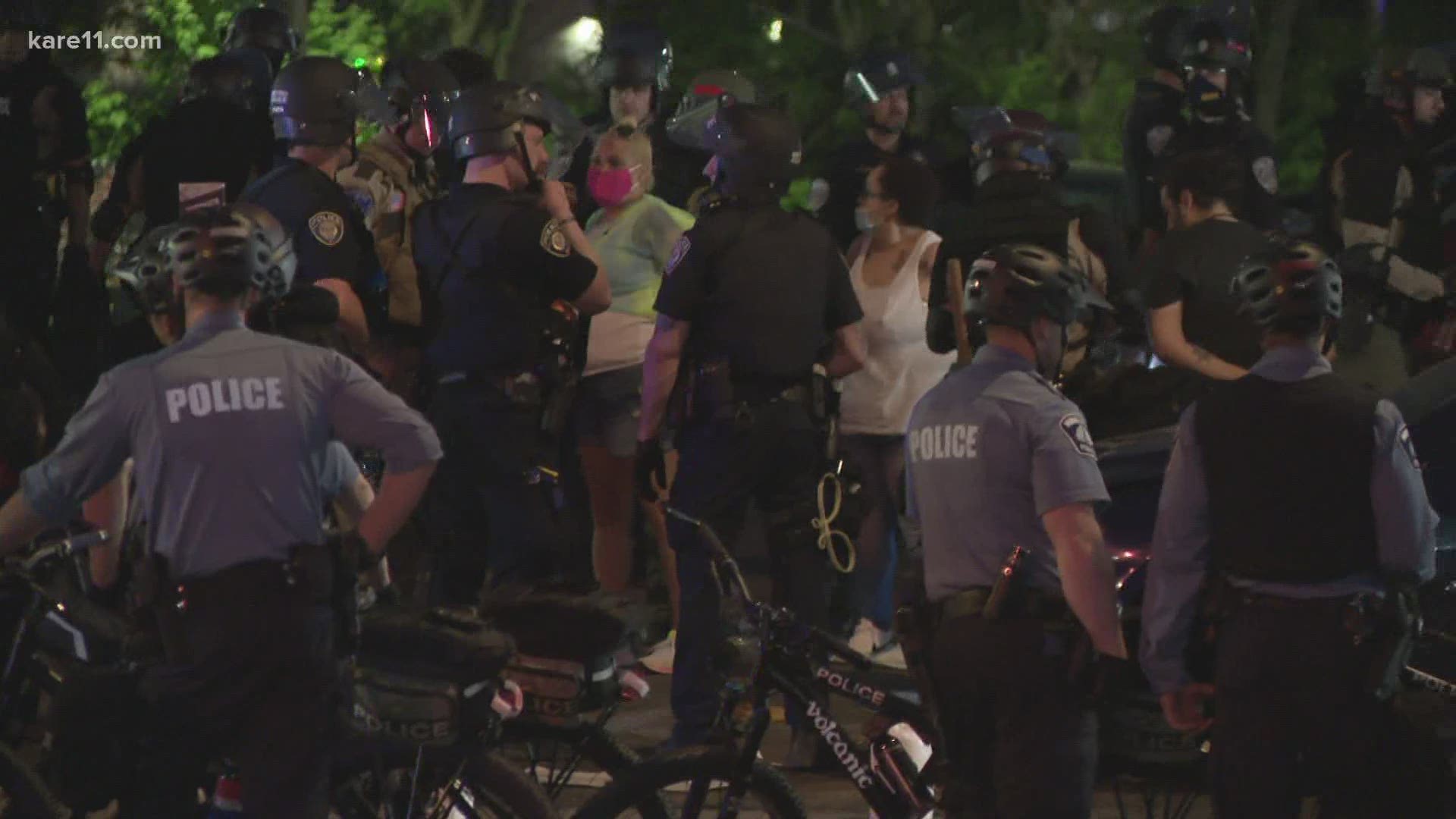 MINNEAPOLIS — Sunday night was peaceful compared to the last several nights in the Twin Cities, but hundreds of people were arrested for protesting outside after curfew.

The Minnesota Department of Public Safety (DPS) tweeted that law enforcement officers made 276 arrests Sunday into Monday, about 150 of them people who were taken into custody near the Bobby and Steve's Auto World off Washington Avenue and I-35W for violating the imposed 8 p.m. curfew.

DPS says a total of 481 people have been arrested since the Multi-Agency Command Center (MACC) was established Friday in an attempt to coordinate officers and responses from local and state agencies.

On Sunday, thousand of people gathered for a peaceful demonstration. The group started at U.S. Bank Stadium and walked down I-35W, calling for justice for George Floyd.

Many people said they didn't care about the curfew because seeking justice and changing the system is more important to them, saying that people should not go home and sob in the dark.

"We're protecting our community at this point. We gotta protect our own, we gotta hold hands. That's what it's all about," one person told KARE 11.

Governor Walz said in a press conference Sunday night that the "vast majority" of Minnesotans were abiding by the 8 p.m. curfew, but that cutoff time was meant to help law enforcement distinguish between peaceful protesters and those there for other reasons.

Fires were still a concern last night. Crews were working to take down a fire in the area of 44th Ave. North and Penn Ave. in North Minneapolis around 3 a.m. According to the fire chief on scene, the fire is considered suspicious.

Minneapolis police posted on social media earlier in the evening that improvised explosives like water bottles filled with gasoline had been found in yards and in bushes in the city. Anyone who finds something similar should call 911.