Nelson Mandela's daughter in town to support a program that helps inmates transition into society. 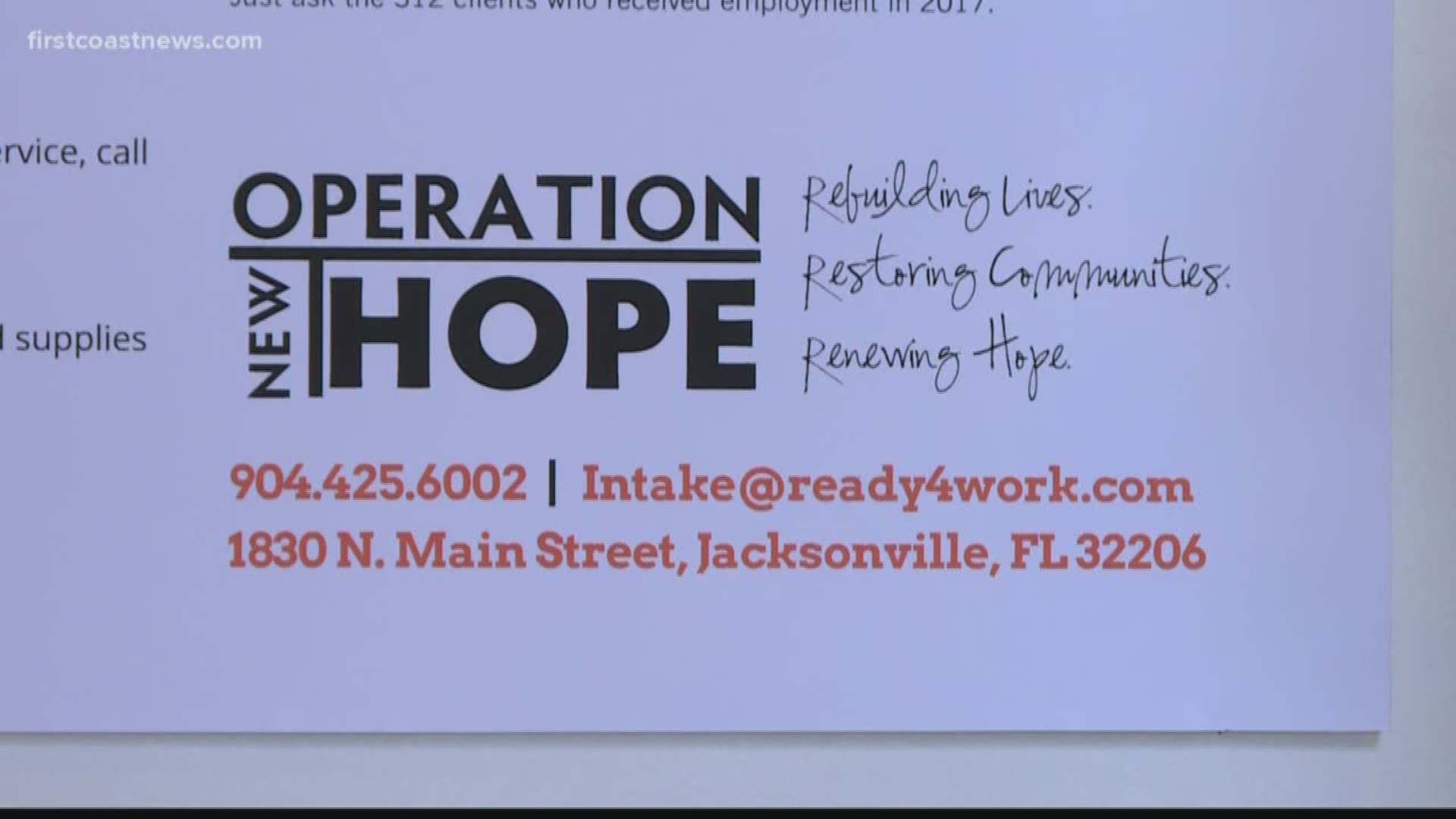 JACKSONVILLE, Fla — Nelson Mandela's daughter is in Jacksonville this week to support a local program which is helping shape prisoners into active members of society.

Because of her father's journey, she believes helping former inmates transition into society is crucial.

In a nice pair of slacks and a button-down shirt, Kevin Fuller said Thursday, "In 2014, I was out of my mind on drugs, and I decided to commit a robbery at a convenience store on the Southside."

He was sent to prison for five years. Last month, he was released.

"I'm still adjusting. I've only been out a month," he said.

Fuller is going through the Operation New Hope Ready 4 Work program in Jacksonville where other recently released inmates get help to re-enter society and the workforce.

They learn about dressing for success, resume building, and money management.

Rent money for transitional housing, clothing, food, and rides to interviews are also available for people who choose to go through the program.

Kevin Gay, founder and CEO of Operation New Hope, said, "If you've been arrested with any kind of charge, you are written off in the employment world because of that charge and criminal background,"

That often leads to former inmates landing right back in jail.  But the Ready 4 Work program has seen the average recidivism rate cut in half.

"So this was my saving grace," Fuller said.

The program works with hundreds of employers to help match bosses with former inmates ready and trained to work.  Four presidential administrations have recognized Operation New Hope, and now it's getting an international nod from the daughter of Nelson Mandela, a man who "really epitomizes, in an unbelievable way, what re-entry can look like: to go from prisoner to president," Gay said.

Makazeiwi Mandela is in town to see the program's work.

"The re-entry program is giving people dignity of life," she said. "It's removing the stigma, the shame of being incarcerated, and I think it's something we all have to applaud."

Operation New Hope will expand into St. Augustine this week. And the city of St. Augustine has said it will encourage graduates to apply for city jobs.

Indeed, Fuller has changed. Friday, he will graduate from the Ready 4 Work program, he'll celebrate three years being sober, he will meet Mandela's daughter, because he's been given a second chance."