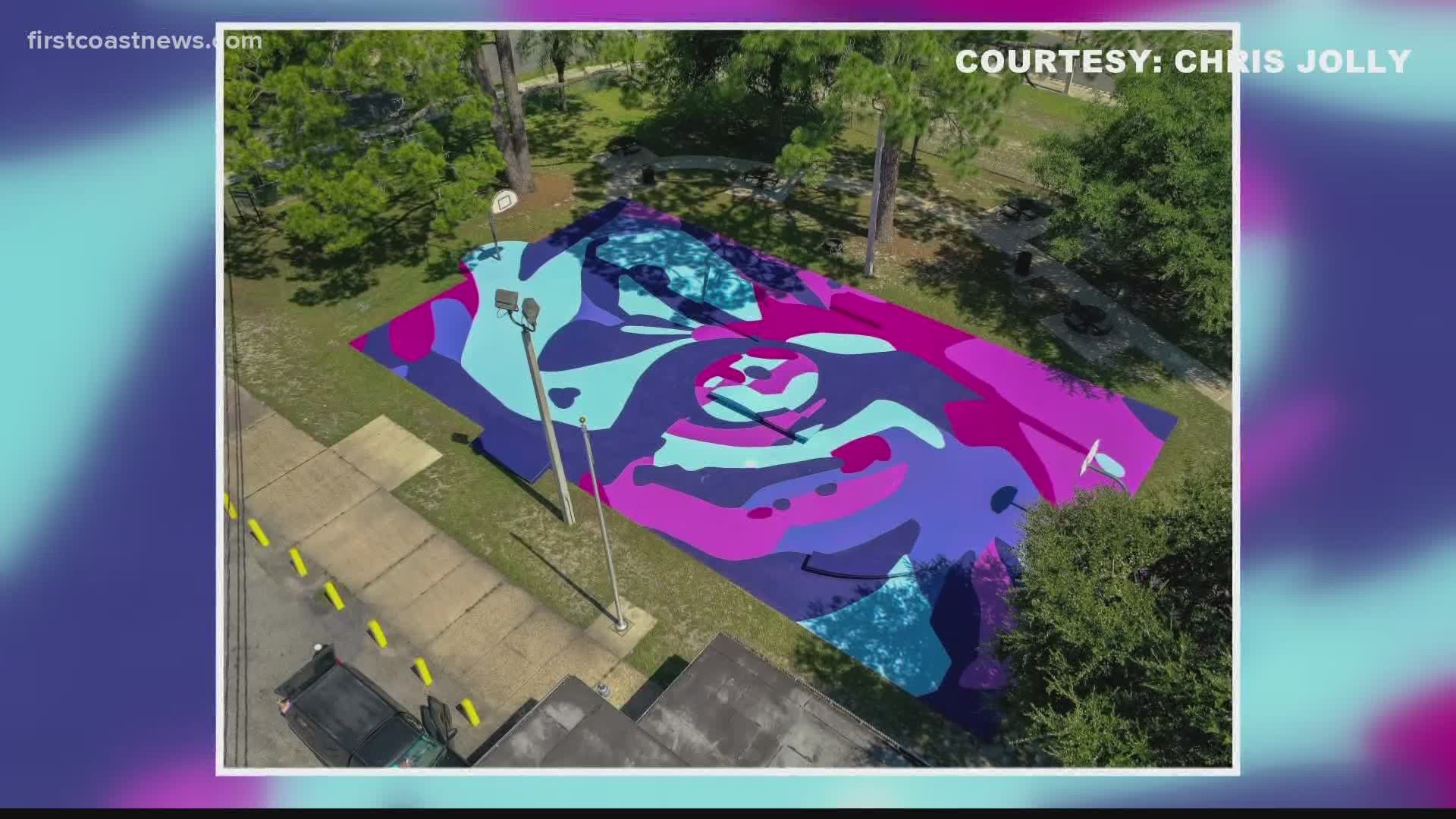 JACKSONVILLE, Fla — A local artist has made her mark on a city basketball court-turned-skate park.

Nicole Holderbaum painted the mural that now graces the former basketball court that was turned into a skate park by the City of Jax. It's located on Wilson Boulevard at the Mary Lena Gibbs Community Center.

The skate obstacles were installed by Team Pain Skateparks.

The community center will be working with local skateboard shops and skate schools to implement more skateboarding activities. It is one of two locations that have been turned into skate parks.

The other is located at Florida Dwight Park, and it will also be painted with a mural.

"Grateful for the opportunity to partner in bringing art and creativity to all areas of our city!" Holderbaum wrote.

A group of eight people began working on the painting project June 22, Holderbaum said on Facebook.

Nicole Holderbaum
New mural on a basketball court-turned skatepark on Wilson Blvd at the Mary Lena Gibbs community center 😁💜 funded by City of Jax. Grateful for the opportunity to partner in bringing art and...

RELATED: Stoked! Skateboarding to make debut as Olympic sport in Tokyo in 2020