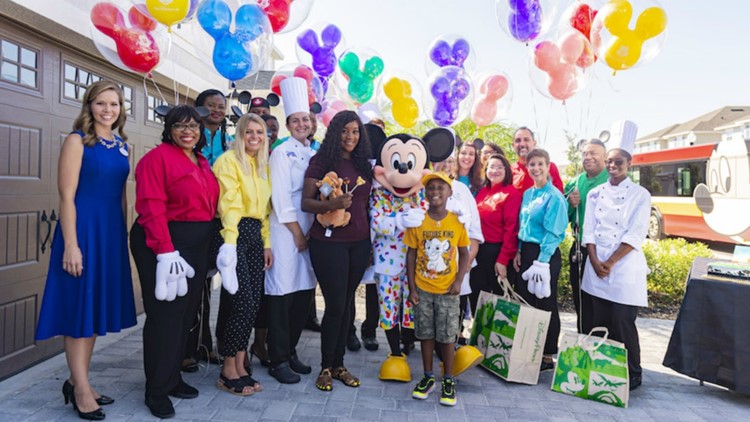 A Jacksonville, Fla. boy received the surprise of a lifetime over the weekend after he selflessly spent his birthday money feeding Hurricane Dorian evacuees in South Carolina.

Jermaine Bell, now 7, spent the past year saving up money for an upcoming birthday trip to Walt Disney World in Orlando. However, as Hurricane Dorian moved up the east coast and impacted South Carolina -- where he was visiting his grandparents -- without hesitation, Bell changed his plans.

He emptied out his piggy bank and bought hundreds of hot dogs, chips and drinks. He stood along Highway 125 in Allendale, S.C. and served about 100 evacuees for free, according to Disney's official blog.

"I wanted them to have some food to eat, so they can enjoy the ride to the place that they're going to stay at," Bell told WJBF.

His selfless act of compassion spread quickly on social media and eventually caught the attention of Disney and the main mouse himself.

On Sunday, Sept. 8, Mickey Mouse joined Disney cast members to surprise Bell with a free trip to Disney! Of course, no Disney birthday surprise is complete without Mickey-shaped balloons, Mickey ears, plenty of gifts and a birthday cake!

"When I saw everything, I was just super happy," Bell told the official Disney Parks Blog. "Mickey came out, I was just really happy."

Bell and his family received a free VIP getaway at the vacation kingdom later this month.