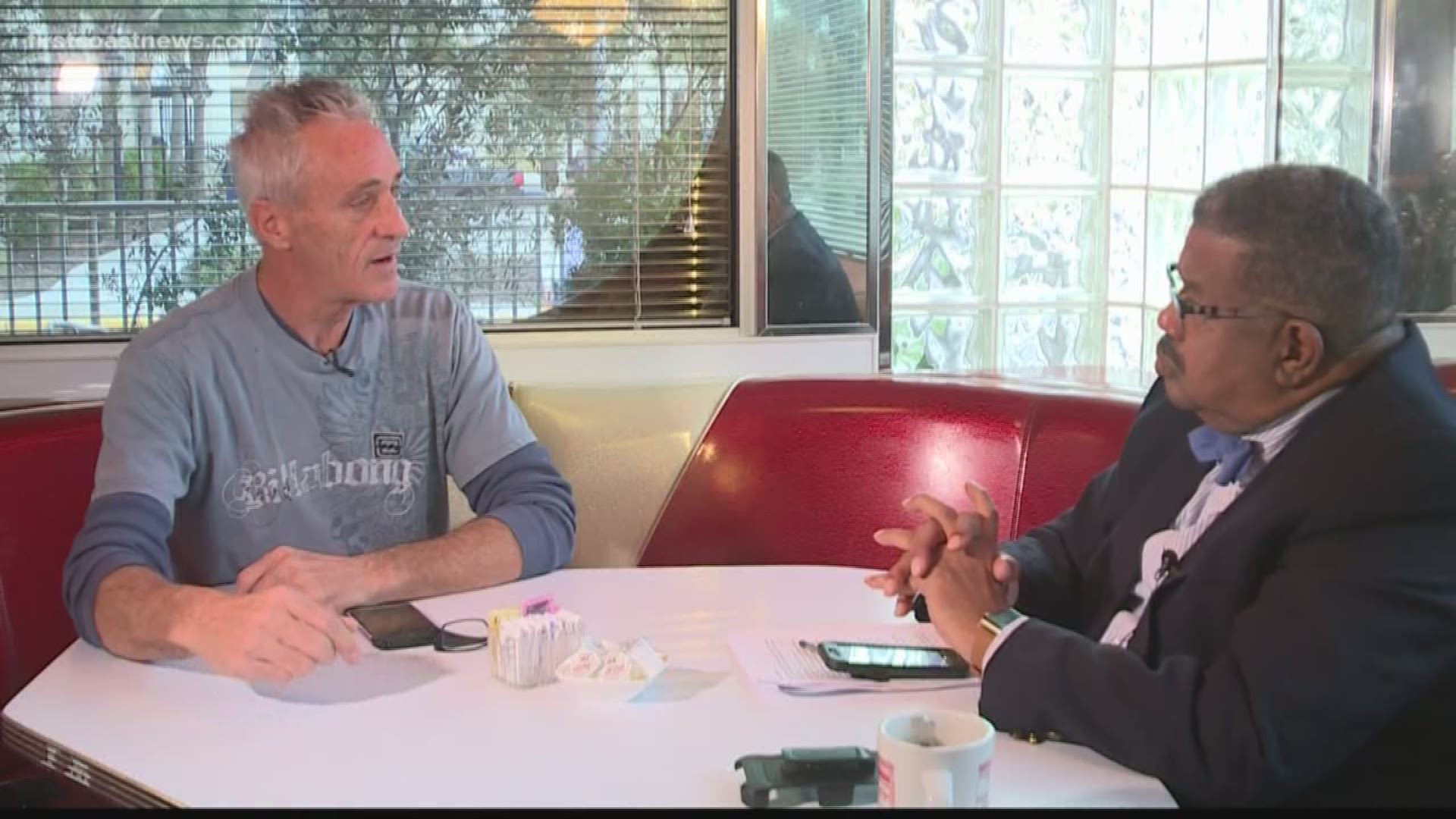 JACKSONVILLE, Fla. — It was a busy morning at St. Augustine's Georgie's Diner. Many came to the old fashioned eatery to air their issues in another I'm Telling Ken Session.

Jerry Veirerstahler has a problem with a fence contractor. When he reached out to the Better Business Bureau he discovered he was not alone.

"There are seven complaints up there just like mine," he said.

Mack Levines is concerned that a local cemetery has failed to preserve his mother's burial plot. She is dying of cancer and where she is going to be buried remains uncertain.

These are complaints On Your Side will investigate in the days ahead. But first, Chris Pennington. He was at Georgie's Diner to voice his opposition to a government proposal.

"We've got five people sitting in our city commission seats who refuse to listen to the public," he said.

Pennington is against a paid parking proposal for St. Augustine Beach.

"This parking is going to be in the residential neighborhoods," he said.

Pennington, a longtime resident, said he is part of a group of citizens pushing back.

And they're pushing back very hard to squash the effort.

"They're not listening to the people who are speaking out and saying 'whoa, slow down,'" said Pennington.

But an employee at the City Manager's office said they are listening and what is being proposed is being taken out of context.

Parking is apparently free and the City of St. Augustine Beach is trying to create a revenue stream.