The students at Argyle Elementary School wanted to recognize the birthday of a special school crossing guard. 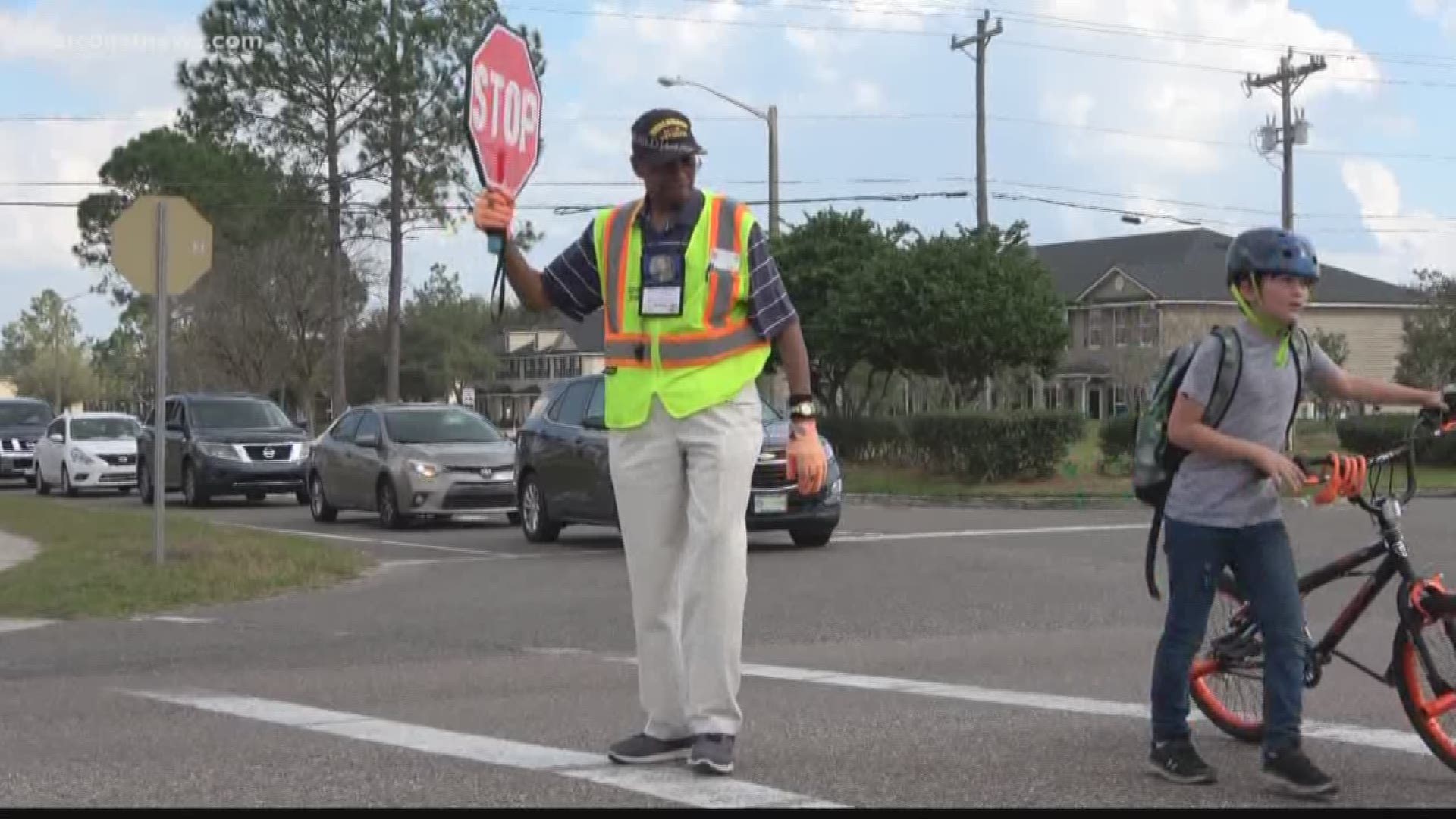 Mel Garrett served our country in the Pacific in World War II. He was a radio operator.

Now, this veteran is helping kids avoid being hit by cars along a busy intersection in Clay County.

Does he look his age? Nope.

He doesn't even use a cane.

How "young" is this veteran?

He says do the math. This week he's celebrating his 53rd anniversary of being alive. Then add 39.

He likes to say his age that way.

"Happy Birthday late, Mr. Mel!" Cedrick calls out, as he gets across the street with his bike. "I have presents for you!"

Turns out his fellow fifth-graders made homemade cards for Mr. Mel.

"Surprise!" Mr. Mel says with a zip in his voice, as if he just got a toy as a young boy.

It's so cool to see this veteran get the love from students who trust him every day.

Mr. Mel says sometimes the students are just too distracted to follow safety rules and that's why he's glad to be there for them.

As for his WW2 service, Mr. Mel says it was a time that proved our country can come together effectively for any crisis. He is still proud of his service.

Mr. Mel appeared on the Clay County Sheriff's Facebook page earlier this week. It's always good to recognize our veterans from the Greatest Generation.