Sofia Gutierrez died in 2009. She was experiencing headaches and was admitted to the hospital. After it ruptured, she was in a coma and died nine days later. 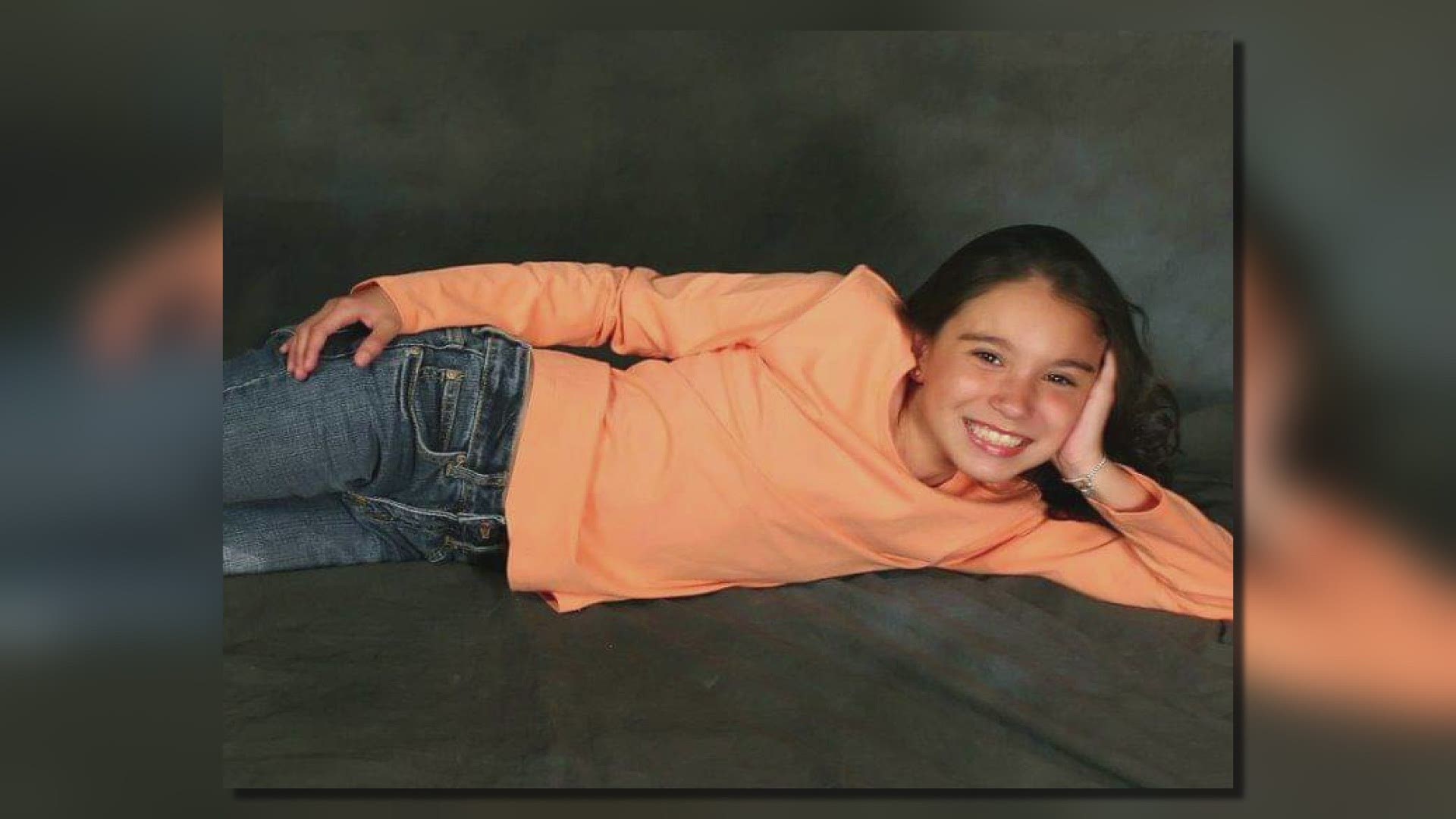 A young singing group on the First Coast is using their voices for a special cause: To honor an 11-year-old who died from a brain aneurysm 10 years ago.

Monica Gutierrez recruited these kids to sing in memory of her daughter, Sofia Gutierrez.

Sofia Gutierrez was a healthy, straight-A student who played sports. She was also a student at Thunderbolt Elementary.

The 11-year-old was experiencing headaches. After a few doctor’s visits, Monica Gutierrez thought the headaches were normal.

“We thought, maybe it was allergies, maybe she needed glasses, one morning she woke up with a severe headache, she couldn’t walk,” Monica Gutierrez said.

Monica Gutierrez took her daughter to the hospital on July 9, 2009. The aneurysm ruptured that night and Sofia Gutierrez was in a coma for nine days before she died.

Two weeks later, their family was screened for aneurysms. Doctors were able to detect an aneurysm in Sofia Gutierrez's father before it ruptured.

“He had a dream with her two weeks after she passed, he’s not a dreamer so he felt like she was giving him a message,” Monica Gutierrez said. “She saved his life."

In honor of her daughter, a group called Voices of Awareness, which includes Sofia Gutierrez's sisters is bringing awareness to brain aneurysms.

A brain aneurysm is a bulge on a weak spot in a blood vessel. An aneurysm can rupture, which is life-threatening. An unruptured aneurysm may not have any symptoms.

Dr. Ricardo Hanel, Director of Baptist Neurological Center says they can be hereditary, but not always. If you have a family history of aneurysms, he recommends screening.

“If you’ve had migraines since you’re a teenager, then all of a sudden you’re 40 and your migraines change in pattern, that’s something you should be aware of, that this could be something else,” Hanel said. “If you’re not a headache person and one day all of a sudden, you have the worst headache of your life, I don’t think it’s a good idea to say it’s just a headache, because you may miss an opportunity to find a brain aneurysm before it bursts."

“In terms of changing lifestyle to prevent a brain aneurysm, stay healthy for your blood vessels, anything good for your heart is good for your brain,” Hanel said.

Monica Gutierrez hopes that Sofia Gutierrez's story, shared through these voices, can help others.

“I’m humbled by it and I’m so grateful to have made friends through this, and through these beautiful voices I hope to save other lives,” Monica Gutierrez said.

The group is performing Saturday at the Green Cove Springs Police Department’s Trunk or Treat at 7 p.m.