Basketball Cop is having a grand opening this weekend for a new court at the Celebration Church Dream Center. 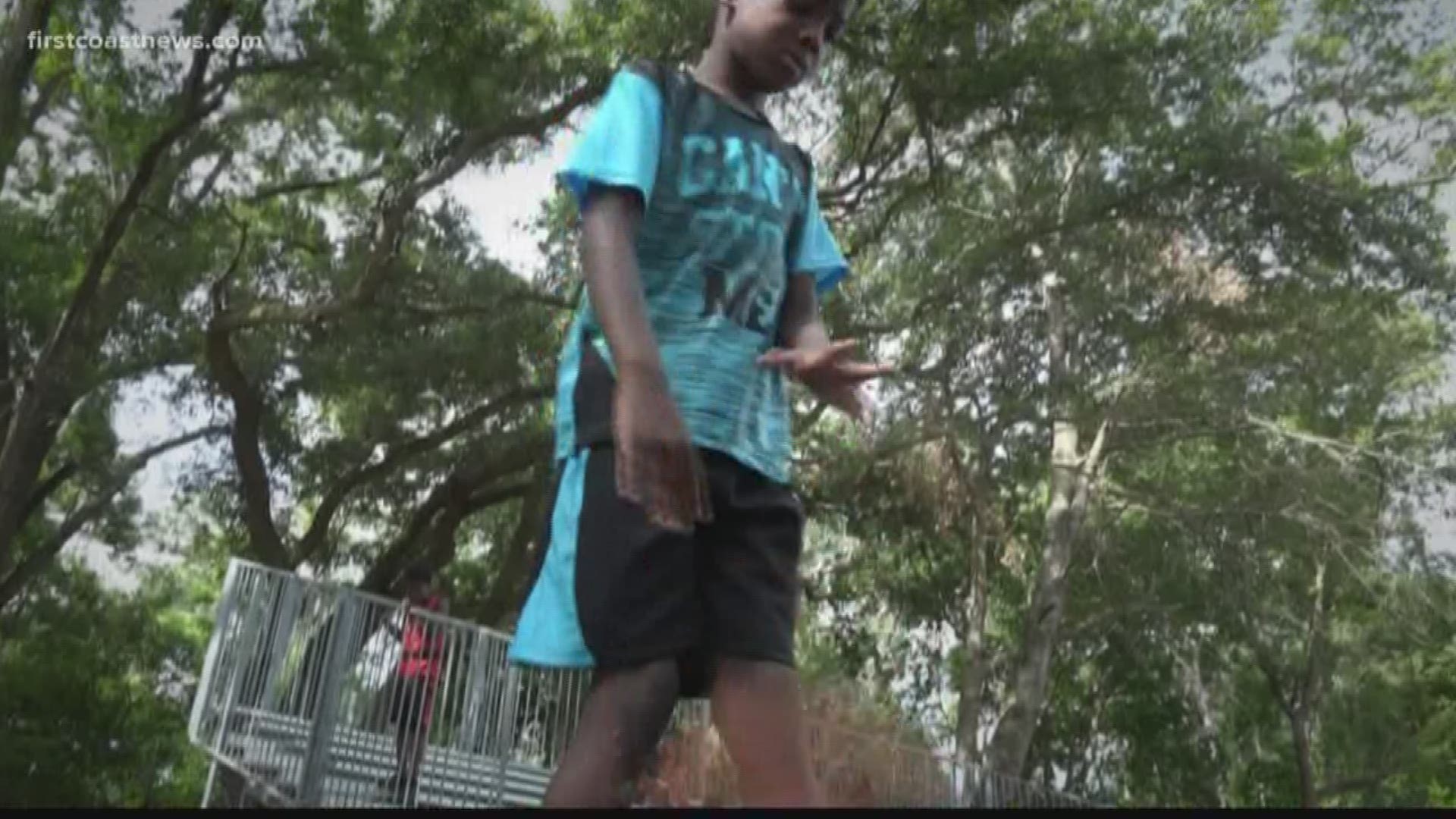 Gainesville Police Officer Bobby White, known as "Basketball Cop," went viral two years ago. Since then, he's built courts around the state and sent basketballs to about 70 agencies all over the country.

Starting this weekend, JSO will have a basketball court to follow his lead in the Cleveland Arms community.

The court is at the Celebration Church Dream Center, an organization that does outreach for the community.

Officer White said a member of the church who is also a deputy for the St. John's County Sheriff's Office mentioned it to the church ambassador, Pastor James Price, who then contacted the Basketball Cop Foundation.

"I told them, I'll come look at it but the sheriff's office has to be involved, this has to be something that connects cops with the kids," said White.

Officer White said the court that used to stand was unsalvageable, because of the broken concrete. Duval Asphalt volunteered to build a new court from scratch for free, a project which White said would cost $45,000, their biggest donation to date.

Jacksonville Sheriff's Office Lieutenant Jeff White said, "We want to build that trust in the community, and it's a good way for the kids to see us not in uniform, playing basketball with them."

In a one mile radius from the Dream Center's court, about 240 crimes have been reported since the start of 2018.

"This is one of the stories where the police and the community are having a good relationship," said Price.