The man said a hacker took over his unemplyoment claim and created a video when he was at his wits end. FCN's Unemployment Facebook group sprung to action. 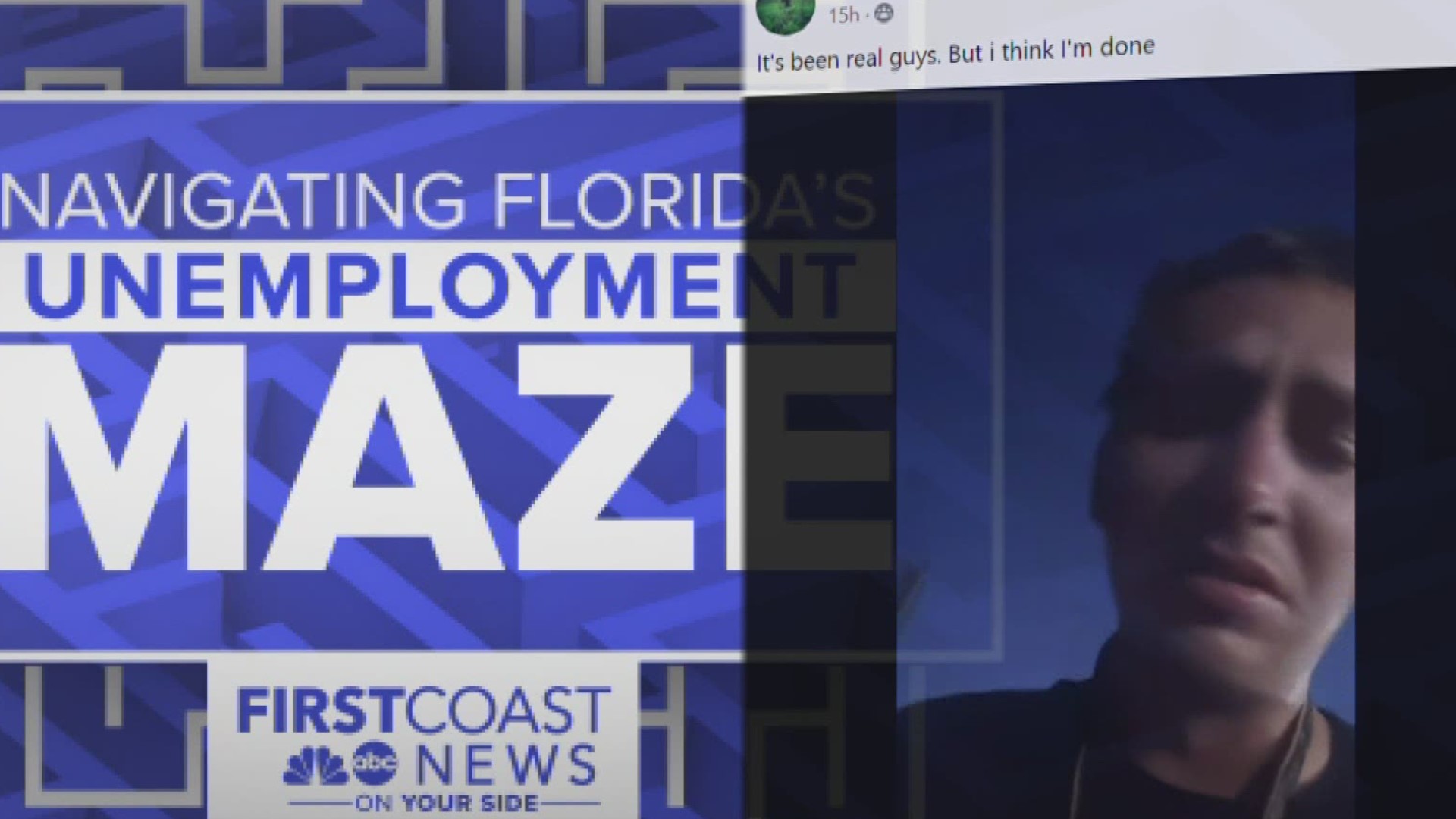 JACKSONVILLE, Fla. — There are times when a community of people comes together to help change a person's outlook on life.

Alex Kouse is now homeless after he said a hacker is taking over his unemployment claim and he is unable to receive benefits.

Kouse said he logs into his account throughout the day to find his banking and contact information changed in the Florida Department of Economic Opportunity’s CONNECT system. He will correct it, and shortly after it changes back.

“I logged in all day, every 30 minutes,” Kouse said. “And every time I would change my information, boom. Someone’s changing it right back.”

Changing an account’s banking information reroutes payments to a different account that does not belong to Kouse.

Kouse even caught the changes happening on a screen recording while he was logged in. He has tried contacting DEO and filed a police report, but still had no luck.

“Well it was nice meeting you guys,” Kouse said in the video. “I don’t know what else to do.”

Watching the tears fall from his eyes in the video, group members became concerned for his wellbeing.

The video quickly accumulated hundreds of comments asking if anyone has heard from Kouse since the video or started volunteering resources to help.

“I wasn’t expecting the help from that group at all,” Kouse said.

Members flooded Kouse’s inbox, called police for a wellness check, sent him money for a hotel and food and even offered to let him stay at their house.

“I had people offer me a room to stay in with a shower,” Kouse said. “Another person is going to bring me some clothes, a lot of people are trying to reach out and do different things and I love that because I’m not used to it.”

Kouse is still struggling to get his claim secured so he can receive payments, but these people gave him the strength to hold on to hope.

“I’m not used to having anybody help me,” Kouse said. “And for them to reach out, that was pretty cool.”

First Coast News sent Kouse’s claim to DEO for it to be analyzed further. DEO said it is sending his claim to the right department.