Tuesday evening, a candlelight vigil will be held in honor of Scott Brooks in front of the beloved NoDa restaurant. 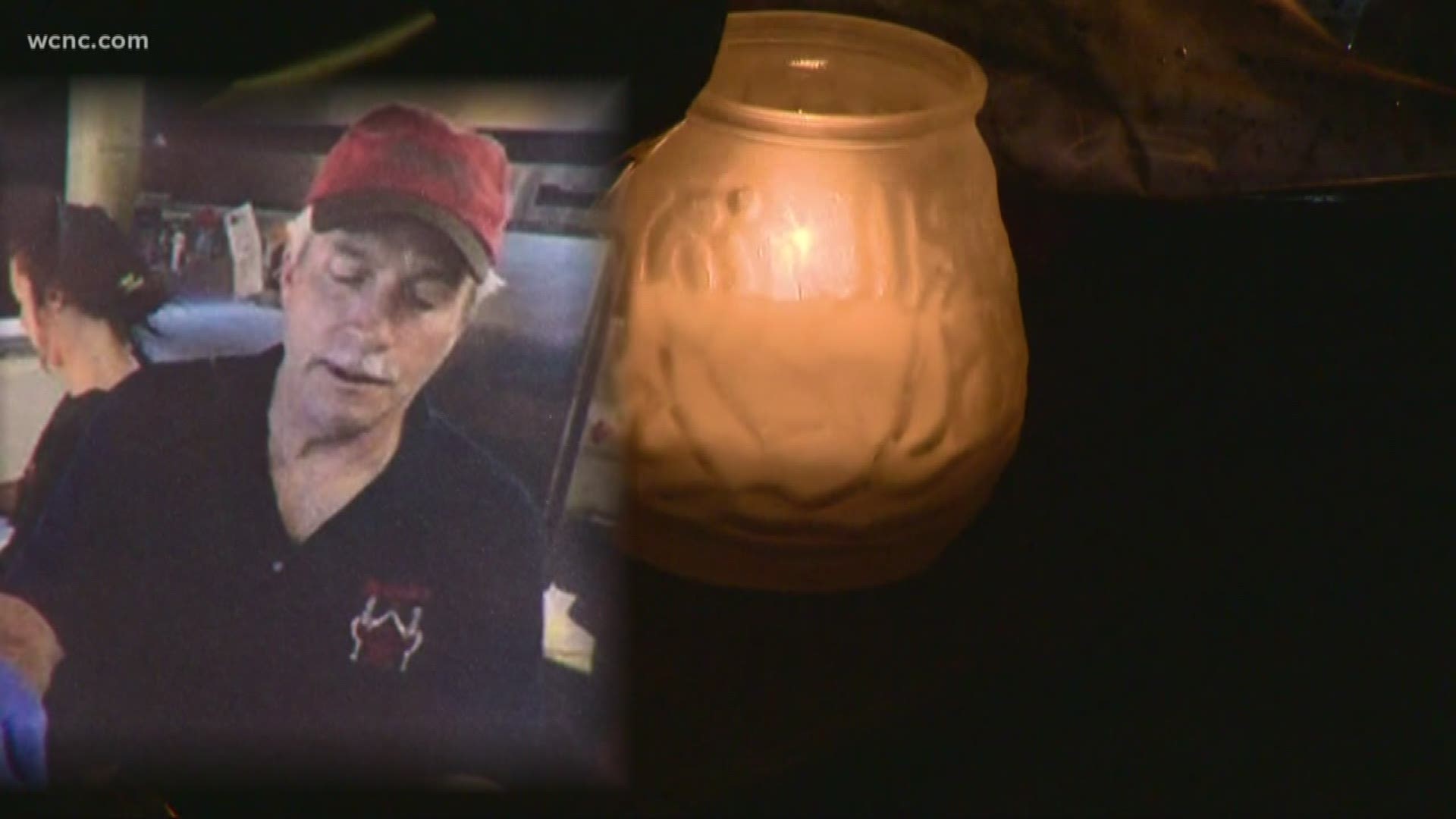 CHARLOTTE, N.C. — The community around Charlotte's NoDa neighborhood are remembering Scott Brooks, one half of the sibling team that ran Brooks' Sandwich House.

Brooks was arriving to work at the three-generation, family-owned restaurant early Monday morning when he was shot by an unknown assailant.

A growing memorial outside the restaurant is growing with thoughts and memories from loyal customers, family, and friends.

The restaurant was originally opened in 1973 by CT Brooks and was being operated by his two sons, Scott and David.

The Charlotte community is responding to Monday's deadly shooting in a series of posts on social media.

"We are at a loss for words after this senseless tragedy," the NoDa Company Store posted to Instagram. "Today the NoDa community mourns the loss of one of our own."

Later in the day, the NoDa Company Store announced they would hold a candlelight vigil in honor of Scott Brooks.

NoDa Company Store
So many folks have reached out to us to ask how they could help or w... hat they could do. We've decided to hold a candlelight vigil in honor of Scott Brooks, Co-owner of @brookssandwichhouse who was murdered this morning while opening the shop. The vigil will be tomorrow, Tuesday, Dec.

"In the face of this tragedy, let’s show everyone just how loving and resilient #NoDa is! #nodastrong," the post said, in part.

A candlelight vigil in memory of Scott Brooks will be held Tuesday at 6 p.m. at Brooks' Sandwich House.

“This whole community is gonna miss Scott," Kem Miller told NBC Charlotte. "We lost a good one in Charlotte today."

While Brooks' Sandwich House is a staple in the NoDa neighborhood, known for the world's best burgers, customers that came to mourn said the men behind the name were the true highlight.

“You know it’s a legendary place," neighbor Blake Trew said. "You know these are good people who gave back to this particular community."

"Normally this lot is full to the brim with cars. Customers in line or talking over some of Charotte's best burgers," Bills Jacks Noda posted on Instagram. "A senseless act that should never happen. NoDa is safe, safe because of the businesses and individuals that make it that way."

Several Charlotteans expressed how important they feel the restaurant and the men behind it are to the community.

"Anyone who knows Charlotte knows that that place is a staple of the community," Charlotte-Mecklenburg Police Department Major Dave Robinson said Monday morning outside the restaurant. "It's an iconic kind of place and a landmark."

"Our dear neighbors... we are so sorry for your loss. Our whole community is heartbroken for you. We are thinking of you, praying for you, wishing you peace in this difficult time."

"We're saddened to hear of the senseless violence that occurred at Brooks Sandwich House," FS Food Group tweeted on behalf of their restaurants, including Midwood Smokehouse. "All our thoughts go out to the Brooks family. May they have peace during this impossibly difficult time."

"Dear neighbors... we are so sorry for your loss," HaberDish posted. "Your sandwich shop is a huge part of our thriving neighborhood - past and present - and our whole community is heartbroken for you."

The Neighborhood Theatre said, "Our hearts are with the family and friends of everyone at Brooks Sandwich House."

"It's sad what's going on in the city of Charlotte," she said. "It's like every day we lose another life to murder."

Over the course of the day Monday, members of the community brought flowers and candles to rest on the table in front of the restaurant.

“These boys have been a pillar in our community for a long time," Miller said. "They did not deserve this.”

A GoFundMe memorial fund was made in honor of Scott Brooks. Proceeds will go toward funeral expenses and college funds for his son. Within two hours of the fund's creation Monday, over 190 donors raised more than $10,000. In less than 24 hours, they had exceeded the $20,000 goal.

Brooks Sandwich House
Thank you so much to all the support and love the people of Charlotte have given us. Scott was a good man, a father, a husband, an uncle, and a brother. This really hits the heart to all of us. Scott...

“I hope as a community we can be there for them," Trew said. "Like they were for us for all these years."

Megan Rapinoe is Sports Illustrated 2019 Sportsperson of the Year