When Nicole Morris' husband was diagnosed with cancer in 2017, he decided to get involved with the 24 Foundation. 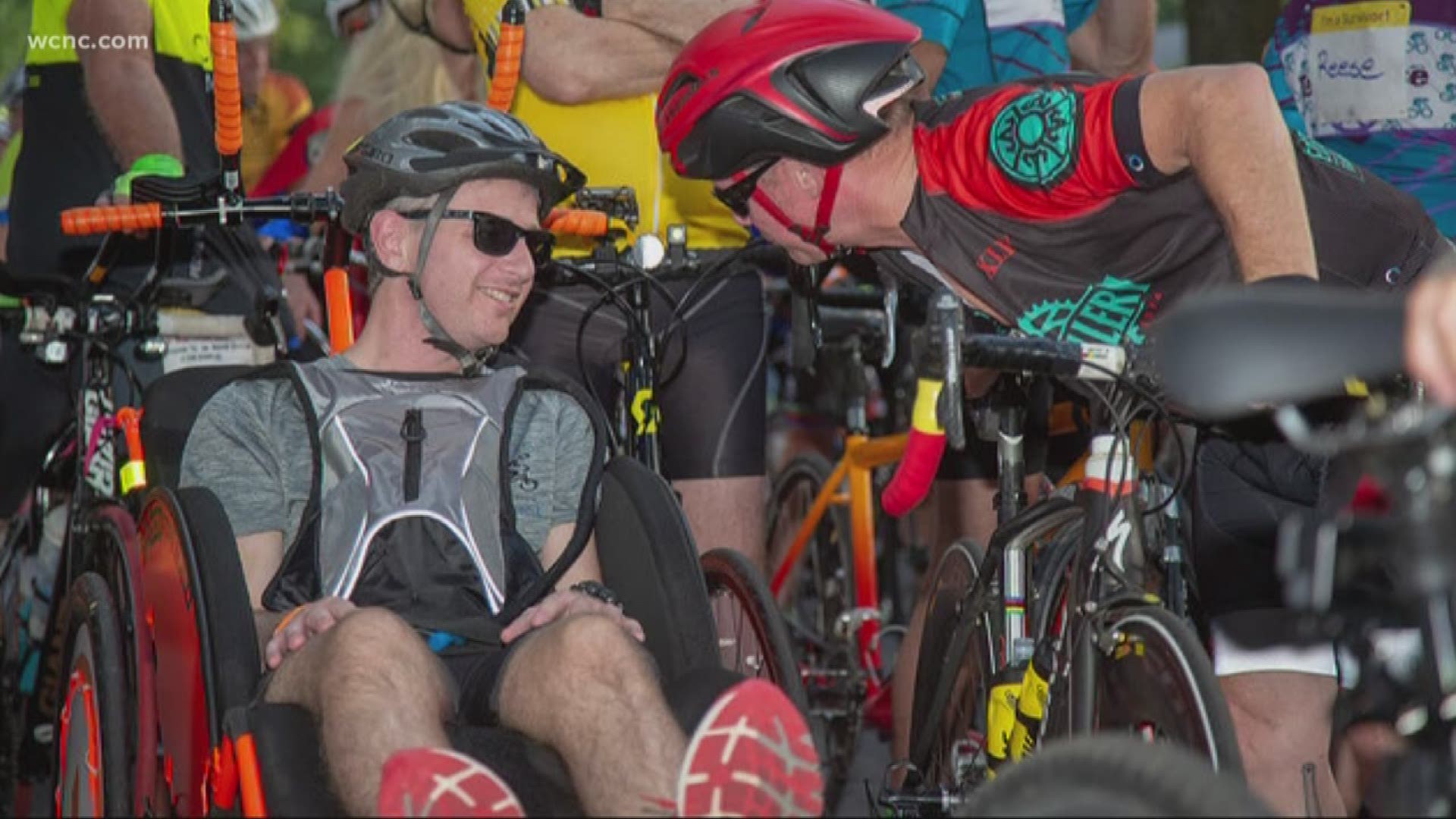 CHARLOTTE, N.C. — The 24 Foundation is gearing up for its 24 Hours of Booty bicycle ride.

One woman will take part this year in honor of her husband who recently lost his battle with cancer.

"There's not a single thing that I don't miss about him."

"His favorite thing was to go mountain biking."

When Morris' husband was diagnosed with cancer in 2017, he decided to get involved with the 24 Foundation and 24 Hours of Booty.

"I remember when the neurosurgeon was like, 'You should do 24 Hours of Booty.' I was like, 'What is that?'"

Founder Spencer Lueders said it all began with a goal to impact the cancer community.

"Started in 2002 with the idea of riding my bike around Charlotte's booty loop."

"I felt like what can I do to make a difference?"

Year after year, the event continues to grow with survivors, people currently fighting cancer, and their loved ones.

"What are they teaching you year after year?"

"Cancer navigation and survivorship services are so so important."

"Those programs are typically not funded by insurance."

"Fortunately, Levine Cancer Institute here in Charlotte is one of the best programs in the country, and we're directly hand-in-hand with them, and we are supporting these programs."

"My husband lost his eyesight due to the brain cancer so he was blind."

This year, she'll be walking in his honor.

"People come out and let you know that you're not alone."

"When people are impacted by cancer, and we're there for them."

"We give them a platform to raise money to make a difference and do something."

24 Hours of Booty kicks off Friday. They have a walk as well, and you can even sign up virtually.