12 Who Care: Tim Decker helps bring grandmother, six grandchildren together under one roof

The Daniel Kids Director of the Case Management Organization isn't behind a 9-5, behind the desk kind of leader. 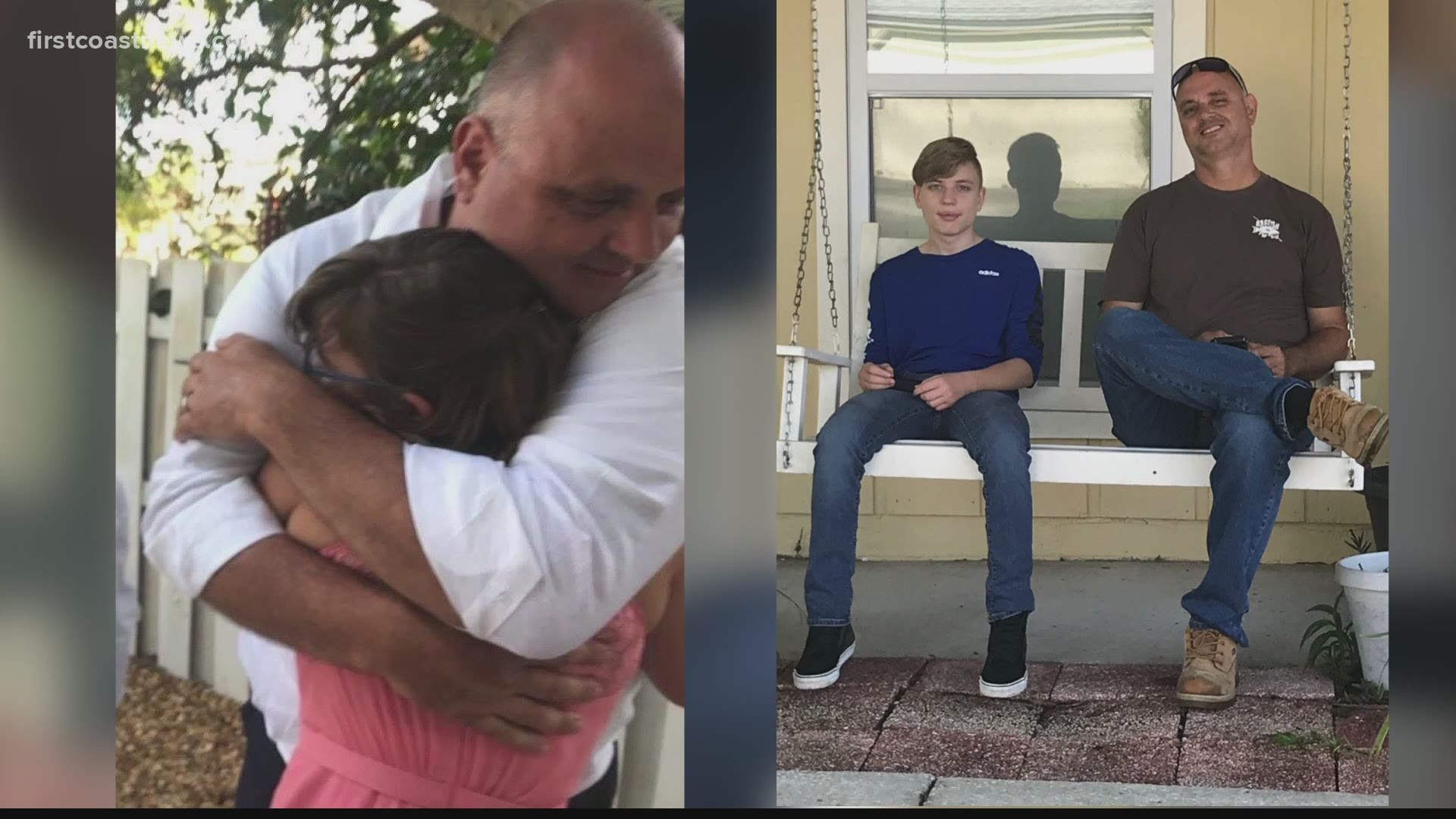 JACKSONVILLE, Fla — When growing up, most of us dream of becoming astronauts or movie stars, but when he was 9 years old, Tim Decker knew he wanted to help children.

The Jacksonville man is doing just that in the Daniel Kids Case Management Organization, and Decker's heart doesn’t rest after he clocks out.

“I think he just gives off that warmth that not a lot of people do. He has a really great ability to connect with people from all walks of life," Decker's wife Michelle said.

He didn’t have any kids of his own, but Decker quickly exceeded all expectations as a stepfather when he married Michelle. However, even before he became a dad, Decker already had a passion and gift for working with children.

“I get to see other people succeed, which is kind of the thing that thing that drives me to want to help other people," Decker explained. “It's that healthy, interactive relationship that we build with the kids and the parents that we work with – and makes all the difference in the world."

Almost 20 years ago, Decker started changing lives through his work with Daniel Kids – the oldest child-serving agency in Florida.

First, as a residential counselor – acting as a big brother and mentor to hundreds of teenagers. Now, as director of the case management organization, which under Decker’s guidance has won Case Management Organization of the Year twice by Family Support Services.

“For Tim to mobilize a team that's able to consistently work and get great results – bring out the best in these families and the kids despite everything that they've been through – it's just inspiring," Doug Standard, Decker's boss said.

And Decker isn’t a 9-5, behind the desk kind of director.

Most recently, he encountered a grandmother who wanted to adopt six of her grandchildren, but there were barriers in the way – one of them being the condition of her home.

So, Decker got his hands dirty – helping update the grandmother’s fireplace and bathroom.

It took Decker and other volunteers three months, but eventually, he was able to help bring the family together under one roof.

“It's making me smile just thinking about it," Standard said. "The real hero of that story is the grandmother, but it's Tim's leadership and him getting his hands dirty and going in himself that played a big part in that and facilitated that.“

12 WHO CARE: On @FCN2go at 5:30, hear about how the Daniel Kids Director of the Case Management Organization helped bring a grandmother and her grandchildren together under one roof🏡💛 pic.twitter.com/wO9BCkP5Xo