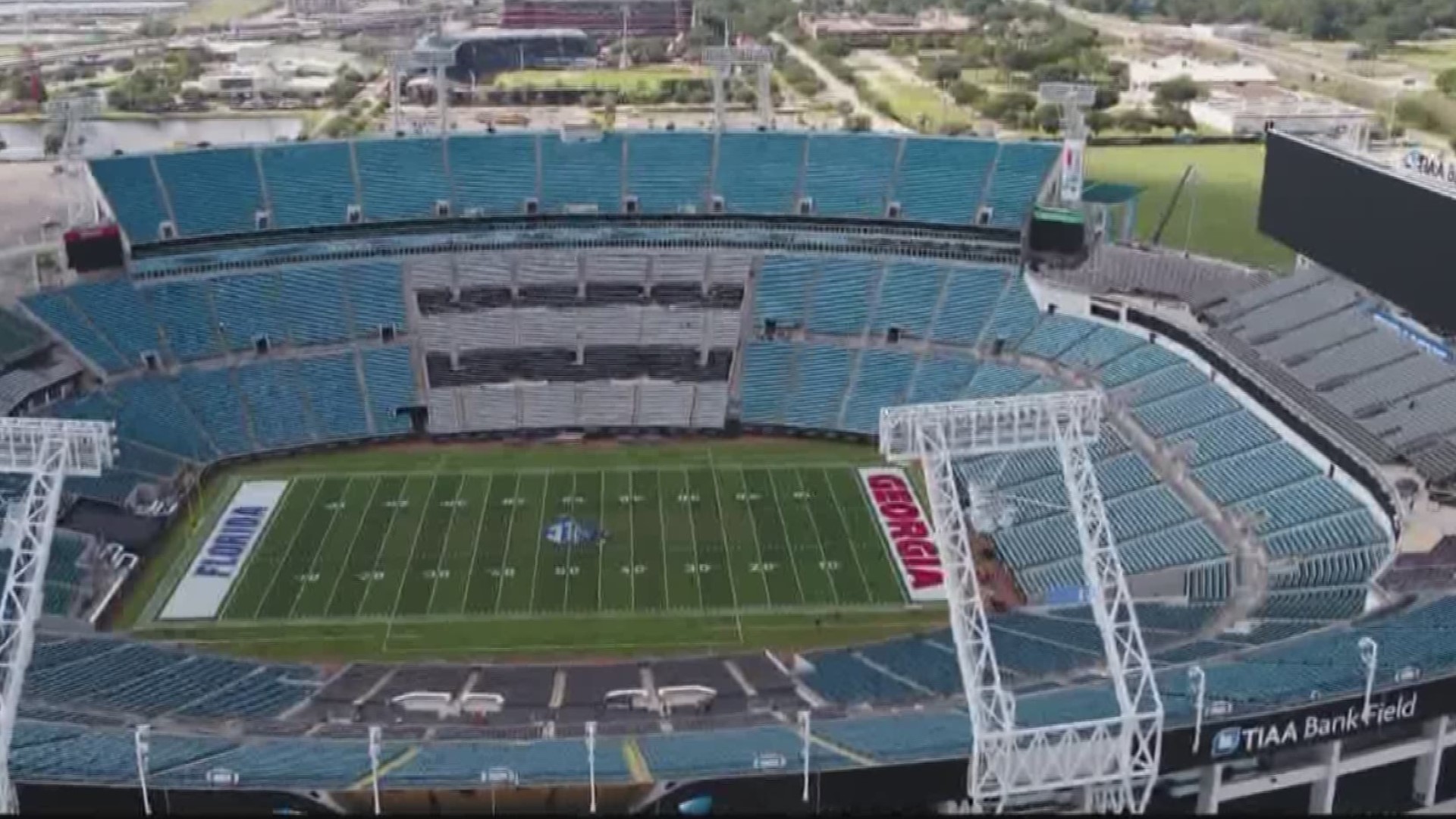 Both schools have said they are exploring options of playing the game on campus or playing somewhere else on the First Coast.

Uncertainty whether the annual matchup will continue in Jacksonville. Mullen’s counterpart at the University of Georgia – Kirby Smart – also addressed the question at SEC Media Days this week.

“You build a 3 million dollar facility at your home location, you want to develop a relationship with those kids," Smart said.

Both schools have said in the past they’re looking at if the game should move to campuses instead of the neutral site. But the thought of leaving town sparked a tweet from Mayor Lenny Curry, who said negotiations with both schools have already started.

In the current contract, the schools earn $250,000 to appear and split about $6 million of ticket sales.

“When you’re dealing with that scale you’re going to have the same issues as a regular business would. You’re going to be concerned about marketing, sales, cost control, location,” FSCJ business professor Justin Bateh said.

Bateh said while the talks are still early – it may spark uncertainty in some potential investors.

“I think businesses looking to invest in Jacksonville may be paying attention to this especially if you’re going to be considering opening a storefront downtown that is going to rely on tourism," Bateh said. "That may be a concern."

The current contract to keep the game in Jacksonville expires after the 2021 matchup.