Clay County’s swimming star is now the fastest butterfly swimmer on the planet. 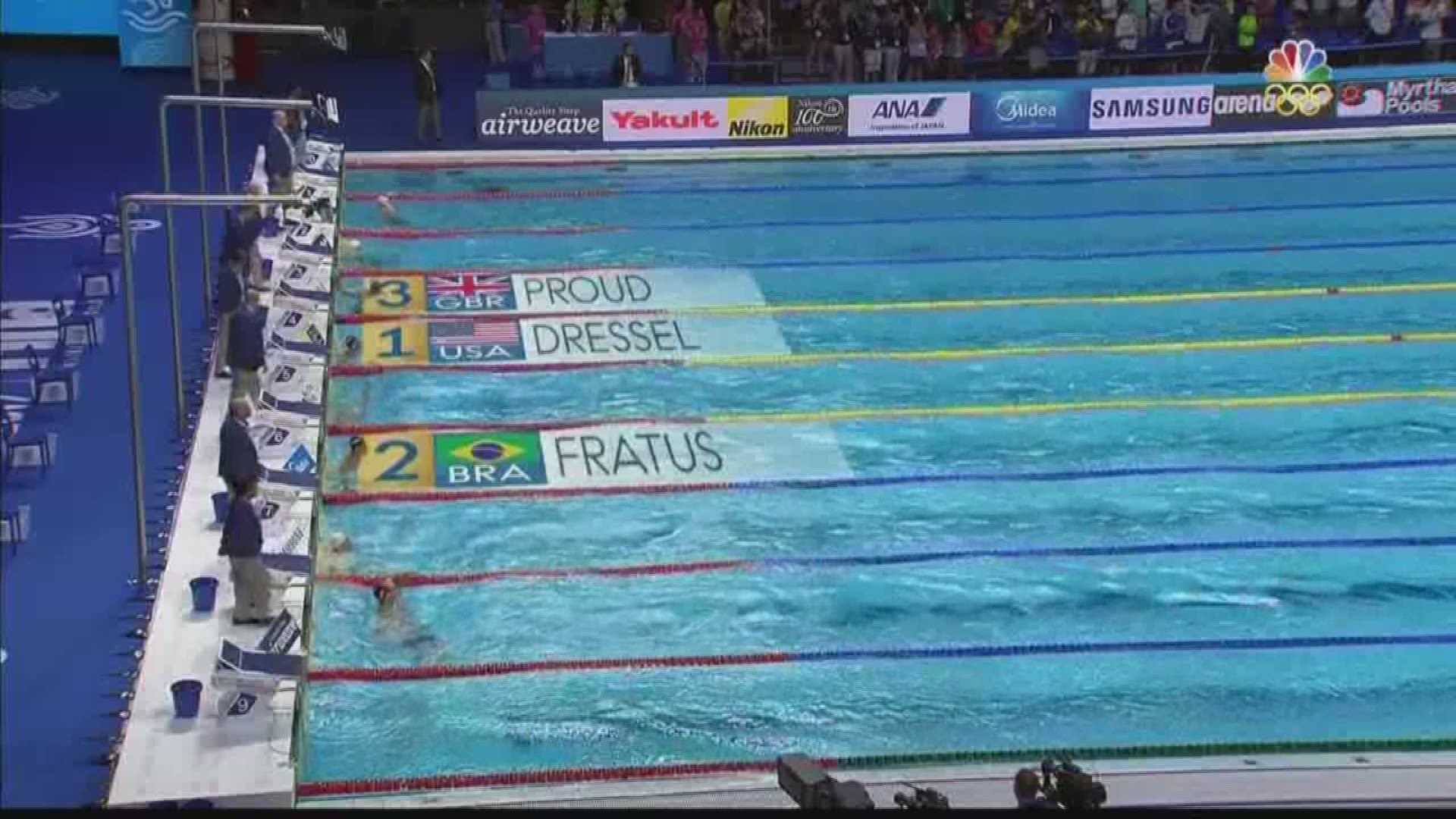 Clay County’s swimming star is now the fastest butterfly swimmer on the planet.

Caeleb Dressel demolished one of the most durable records in world swimming Friday, breaking Michael Phelps’ mark in the 100-meter butterfly to continue his FINA world swimming championships in Gwangju, South Korea.

Phelps had set his time of 49.82 at the 2009 world championships in Rome, and it had endured for a decade.

But that record was no match for Dressel, who swam 49.50 — nearly a third of a second under Phelps’ time — to blow away the semifinal field and earn the top seed for Saturday’s fly final.

Only 30 minutes later, Dressel followed up by winning his semifinal in the sport’s speediest sprint, the 50 freestyle. He swam 21.18 to defeat the rest of the field by more than a third of a second, again sealing the top seed for a Saturday final.

Although Dressel won no medals Friday, swimming only preliminary rounds, he remained on course for a possible total of seven gold medals in South Korea. If he wins all of his remaining individual events and relays (he scratched the 4x200 Friday), he would finish with seven golds to equal his feat from the 2017 world championships in Budapest.

Still to come for Dressel are the 100 fly and 50 free finals, as well as the mixed freestyle relay and the men’s medley relay.