Can't get solar panels? FPL says you can still get solar energy

A community solar program enables people to plug into energy from solar fields instead of using solar panels on their homes or business. 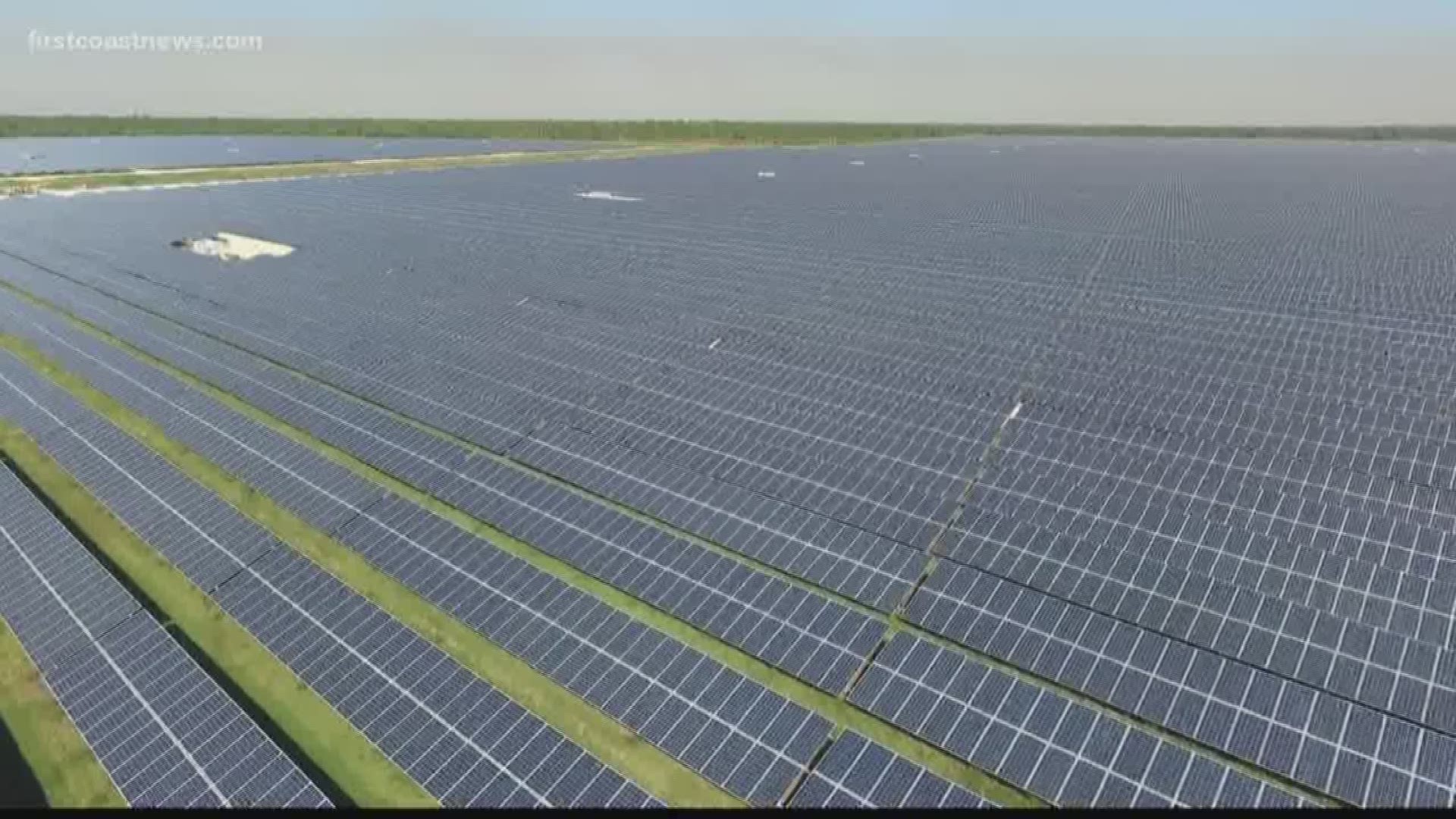 ST. JOHNS COUNTY, Fla. — The Florida Power and Light Company wants to create what it says would be the largest community solar program in the world.

That means if you don't have the ability to put solar panels on your house or business, you still could tap into solar energy from a solar field.

If you live in a condo, don't have a good roof, or maybe your yard is too shaded then a community solar program might be the perfect thing for you.

A community solar program enables people to plug into energy from solar fields instead of using solar panels on their homes or business.

FPL Spokesperson Alys Daly said, "Customers can subscribe for any amount of solar they want. From 1 kilowatt up to 100 percent of their annual power use."

Daly said you would be charged monthly for the subscription, so your bill would increase slightly in the beginning.

"And then you would also receive a credit on your bill for the amount of solar that was generated at a large solar farm," said Daly.

FPL estimates that your credits would exceed your participation costs in 3-5 years.

"Correct" Daly said. " About 3-5 years to see a decrease in your bill. Mind you, you can take that subscription with you. So if you move, you'll still be able to benefit from the program."

"You should be asking these questions," she said. "What is my direct benefit? Is my bill going to be lower in the end?"

Demonbruen also said there is a federal tax benefit if you choose to use solar power. She urges you to ask if the customer will receive that tax benefit.

Regarding FPL's community solar program, Daly said the federal tax credit is already incorporated into the cost of what the solar plant costs.

So exactly how much more would you pay to participate in FPL's program?

"It's too early to get into those details," Daly said. "The program is now being filed with the Public Service Commission."

She added that subscribers will see cost savings eventually by tapping into its solar fields, but right now the exact savings is unknown.

Again, the program still has to be approved by the Public Service Commission and Daly expects that will happen later this year.

Interested subscribers cannot enroll until it is approved. If you want to get updates about the program, click here.