'Be strong, son. We have your back': Jax teen honored by former VP Biden at dinner event

At a Human Rights Campaign dinner, former Vice President Joe Biden delivered a touching speech about Seth Owen, the Jacksonville teen forced out of his family's home because of his sexuality. 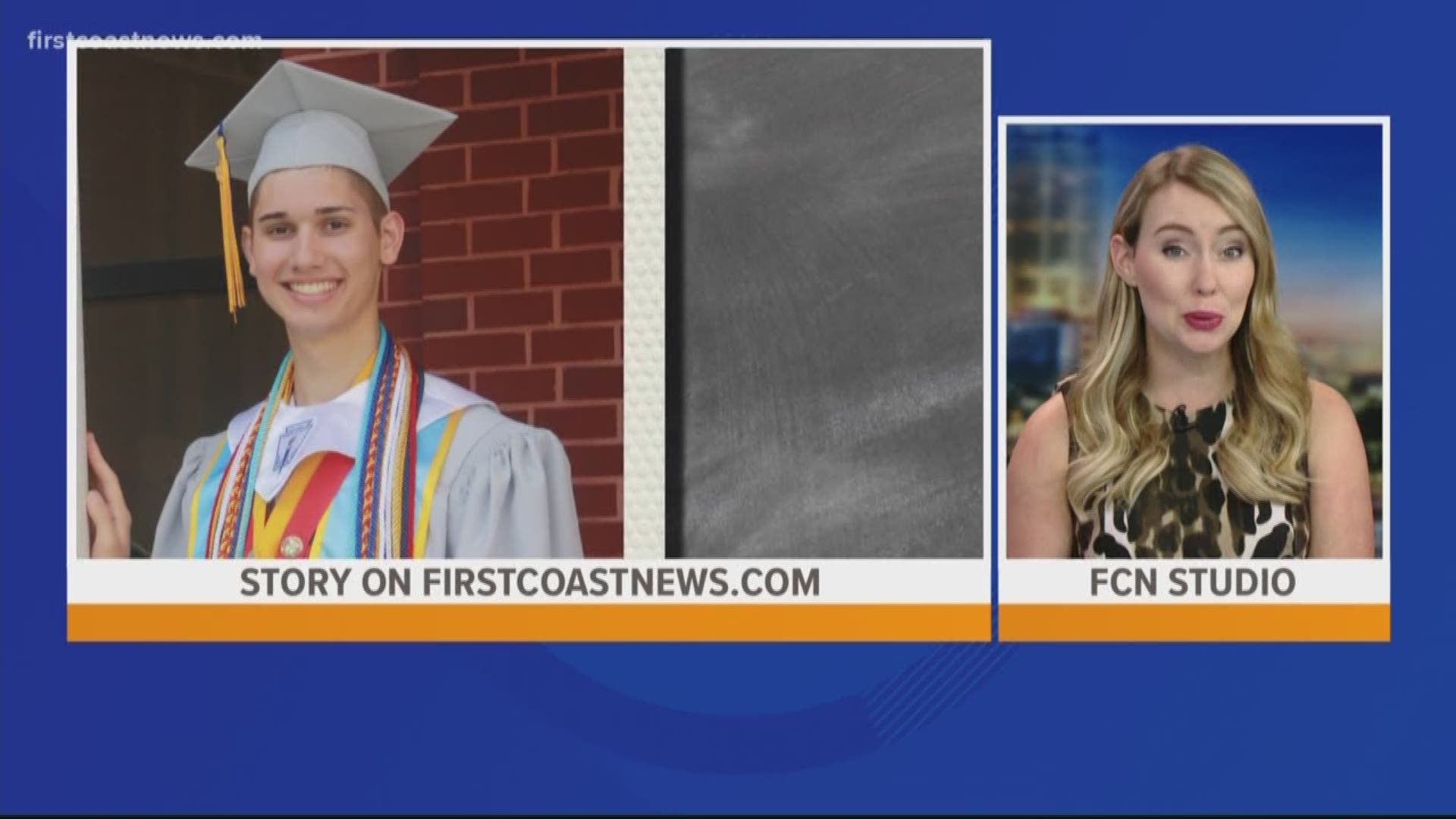 At a Human Rights Campaign dinner, former Vice President Joe Biden delivered a touching speech about Seth Owen, the Jacksonville teen forced out of his family's home because of his sexuality.

"Many of you know about a young man named Seth Owen," Biden began while listing off Owen's accomplishments in school and extracurricular activities.

In the story first reported by First Coast News, Seth had been forced out of his family's home when they clashed over his beliefs and the fact that he was gay.

The teen's teachers then started a GoFundMe Page called "Let's Make Seth A Hoya!" The fund aimed to raise $20,000 for him to attend Georgetown University -- the difference between what his scholarship covered and the school's tuition.

Initially, even raising that seemed impossible.

“I know the goal seems unrealistic and the circumstances aren’t ideal,” his teacher Jane Martin wrote when she created the page, “but I also know communities can make the impossible possible.”

They did. After two months of viral internet attention -- his story was picked up by NBC, Reddit and The Washington Post -- the fund topped $141,000, before its founders closed it.

Meanwhile, Georgetown University, which denied his first two requests, agreed to adjust his financial package so that he will pay $0 tuition.

Because his fortunes have so radically reversed, Seth says he's now considering using some of the Go Fund Me page dollars to help other LGBTQ scholars in situations like his own.

Thank you to all of my supporters in Jacksonville and across the globe who have given their time, talents, and financial support to help me make my dream of attending Georgetown University a reality.

Hearing of this situation, my former teacher, Jane Martin, started a Go-Fund-Me campaign. To date, the goals of the campaign have been met many times over.

While the campaign has been ongoing, the professionals at the Office of Student Financial Services have continued to work with me to make my dream a reality. Due to their efforts and attention, they were able to adjust my aid package even further, my expected contribution is now $0. With these new adjustments, I will be able to attend Georgetown University this fall.

The Office of Student Financial Services was instrumental in helping me enroll in the Georgetown Scholarship Program, whose purpose is to make attendance at Georgetown possible for students in a financial situation similar to my own. This program also includes mentoring and networking opportunities which will help me to assist others in situations similar to the one I found myself in earlier this year.

Georgetown is my dream school because of the limitless opportunities it provides to its students. In particular, my interest in the school was piqued by the prestigious program of study in the Walsh School of Foreign Service. I am honored to be selected to attend Georgetown University and am elated that I am now able to attend Georgetown because of the gracious donations to the GoFundMe campaign and the efforts of the Office of Student Financial Services.

Thank you to all who have donated to the campaign. Your generosity will help me succeed academically this year and in the years to come. At the moment, I am in process of exploring the establishment of a scholarship to help LGBTQ+ scholars who find themselves in the circumstance I was in earlier this year. I am looking forward to utilizing the resources of Georgetown to help with this effort.

Again, a simple "Thank You" seems to be not enough for all of the support I’ve received from so many. I will be seeking to pass on the kindness and generosity that I have been shown.