The Backbone Campaign says they use inflatables, freeway bannering and light projection for “artful activism” throughout the country. 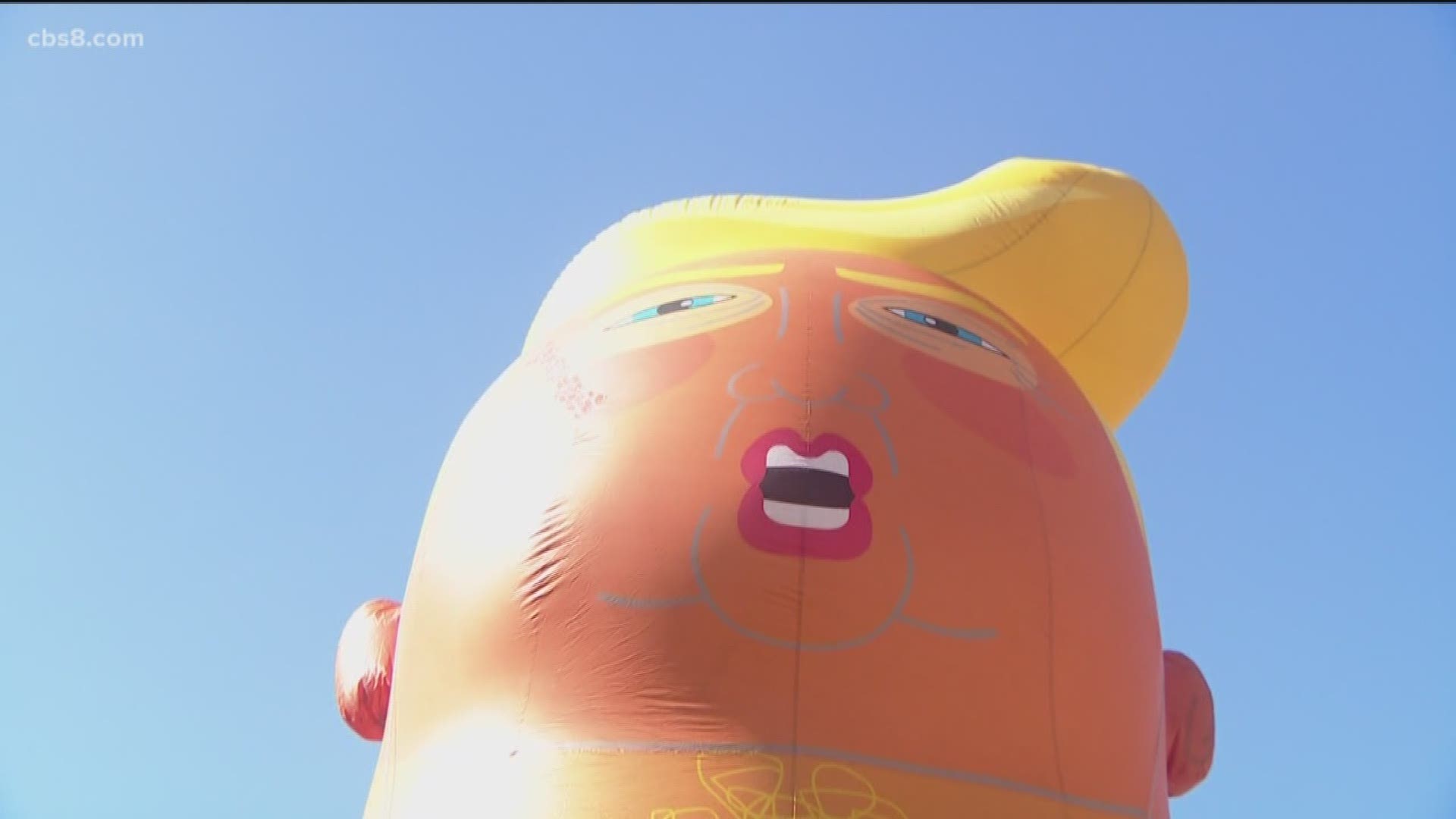 SAN DIEGO — The "Trump Baby Balloon" has become a symbol of protest all over the country. As activists with the Backbone Campaign held a rally in Horton Plaza Park on Wednesday to protest President Trump’s visit to San Diego, the bright orange, diaper-wearing, phone-holding balloon flew high in the sky.

Protesters spoke out as Trump attended a campaign fundraiser at the US Grant Hotel. He later visited the Otay Mesa border and toured the wall there.

"Trump needs to know that he's not welcome in California" said William Johnson, a political organizer that brought the balloon to the protest.

"Some of his policies are childish, which is what the balloon represents," Johnson said. "Others are downright evil."

On the other side of a police barricade, supporters of the President were also on hand. Although they might disagree with critics of the president, some said they support the protesters right to demonstrate.

"It's part of America" says Larry Williams. "It's our right to voice our opinion - pro and cons. I'm down here today to support our President."

The Trump balloon still raises some eyebrows among his supporters.

"I always laugh at the balloon," said Stephanie Perez. "It shows the same narrative that they're out here bashing people. We're not out here to bash anyone, we're out here to support our president and the USA.”

The rally began shortly before 1 p.m. and concluded after the president left his fundraiser at the US Grant at 1:30 p.m.

The Backbone Campaign says they use inflatables, freeway bannering and light projection for “artful activism” throughout the country.

Wednesday marked the second time in two days that the Trump Baby Balloon has been taken to a demonstration against President Trump. It was driven down from San Francisco on Tuesday.