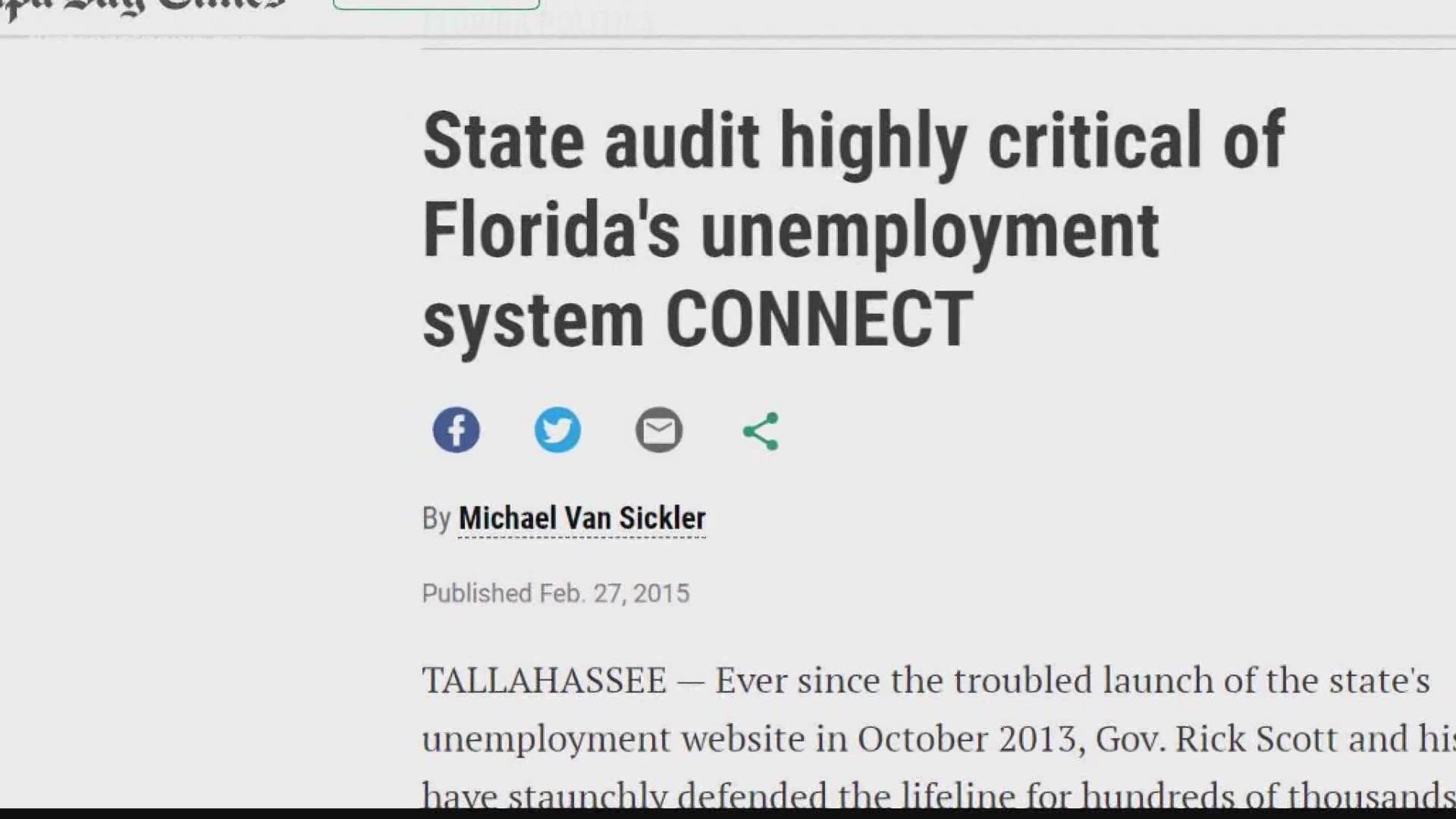 Gibson has been raising the alarm about the state’s unemployment benefit system since at least 2015, when the state auditor general issued a scathing audit of the $77 million system, rolled out two years earlier.

At the time, the then-head of the Department of Economic Opportunity Tom Clendenning defended the system, calling the audit’s concerns “stale” and saying most issues had been fixed.

“So then -- every item is not fixed, and the potential for failure still exists?” she asked.

“I suppose there’s always an opportunity for failure,” he responded.

Boy, yes. The system, which in recent weeks has layered frustration upon anxiety, routinely stalls, glitches, and kicks applicants off. It requires the newly jobless to visit a website that is down as often as it functions. And the call center to which desperate applicants are directed is its own exercise in futility.

Because employment benefits begin on the date of a successful filing, every day that applicants can’t file costs them real money.

The unemployment system isn’t just overwhelmed, she and others contend: It was designed to make filing for benefits difficult.

“It was purposely built to discourage people,” she says. “It’s hard to imagine that someone would be part of something to deliberately block that access to a process that would help those families. To do something so evil to impede a person’s access to benefits to take care of themselves and their families, I just don’t get it.”

But she has a theory.

“You can drive down unemployment numbers by manipulating systems,” she says. “If you’re not in the system you’re not ‘unemployed.’ And that makes numbers look very different. And that is a scheme that is really criminal.”

The state has made efforts to fix the problems. Gov. Ron DeSantis says the state added more than 100 servers to boost system capacity, and now has 1,000 people taking calls for unemployment claims. He expects to increase that number to 2,000 soon.

But Gibson says those changes mean little to her constituents.

Gibson encourages her constituents stymied by the website to file paper applications. She is also pushing to allow for retroactive benefits, so applicants aren’t punished for the system’s failures. And she says with the system’s failures laid bare, she believes there will soon – finally -- be real steps toward reform.

“We’ll definitely take it up when we go back,” she says.

RELATED: 'Beyond livid:' People laid off because of coronavirus angry over long wait to file for unemployment