Police say Alyssa Williams returned to her home on Friday. 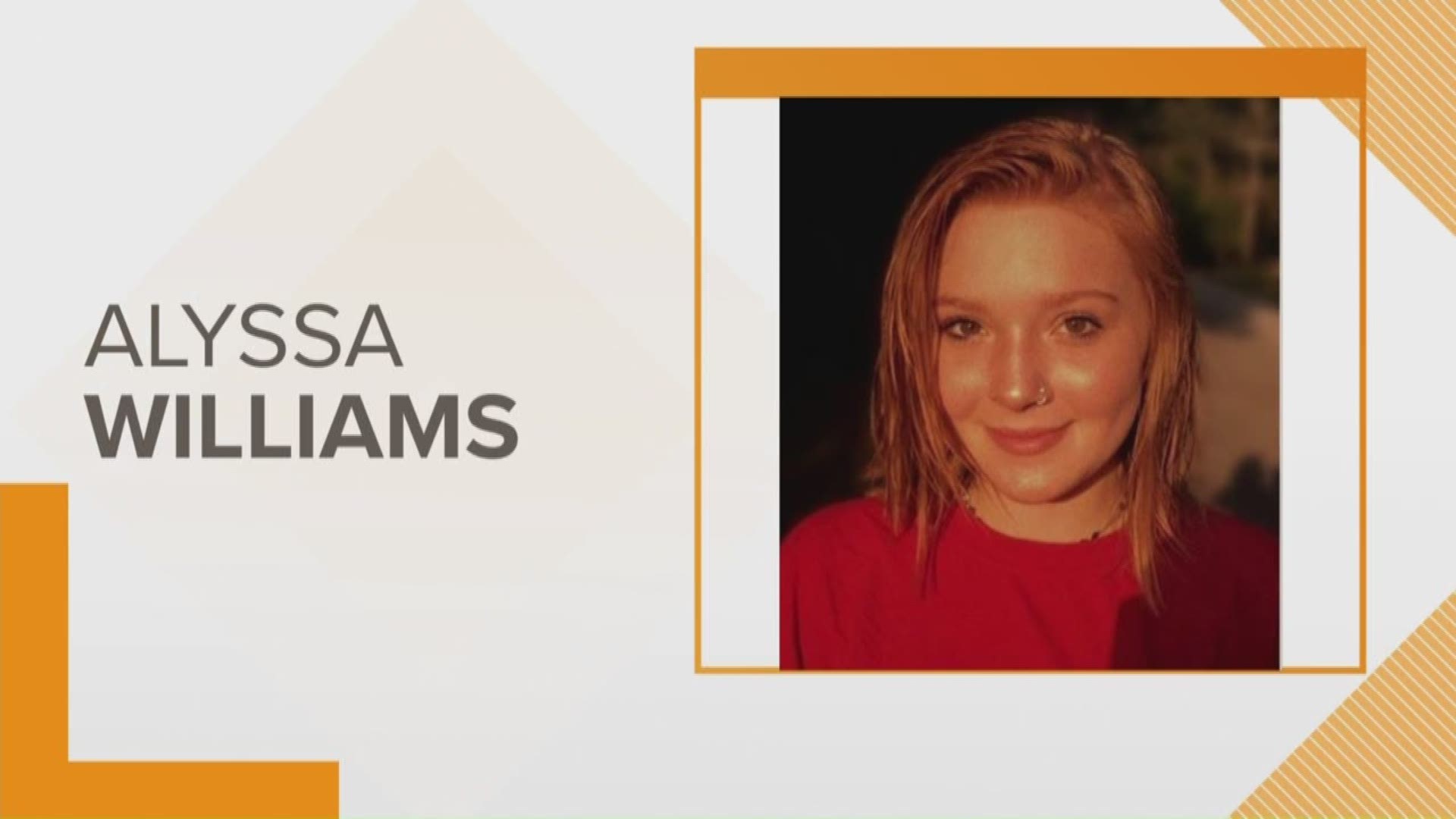 SUMMERVILLE, S.C. — A missing 15-year-old girl from Summerville has been found safe, according to the Summerville Police Department.

Police say Alyssa Williams returned to her home on Friday.

Williams had last  been seen on Wednesday was last seen getting into a white Nissan SUV at the Walmart on North Main Street in Summerville while shopping with her mother.

According to the report, Williams and her mother went to Walmart after a counseling appointment, and Williams said she needed to go to the bathroom just after 4:30 pm.

She did not return, and instead made calls to two separate numbers from various nearby businesses.

Shortly after, investigators say a red truck pulled into the parking lot and gave Williams a phone. She then got into a white Nissan SUV.

Williams does not have a history of running away, but according to the report she had been consuming illegal drugs and wanted to go to rehab.