Kent State University graduate Kaitlin Bennett, 22, ignited a firestorm on social media in May 2018 after posting a photo of her carrying an AR-10, while holding a graduation cap. Her notoriety didn't go over well with Ethan Patterson, a former employee at St. Augustine's Alligator Farm. He encountered Bennett there recently and tweeted that he wanted to feed her to the gators. 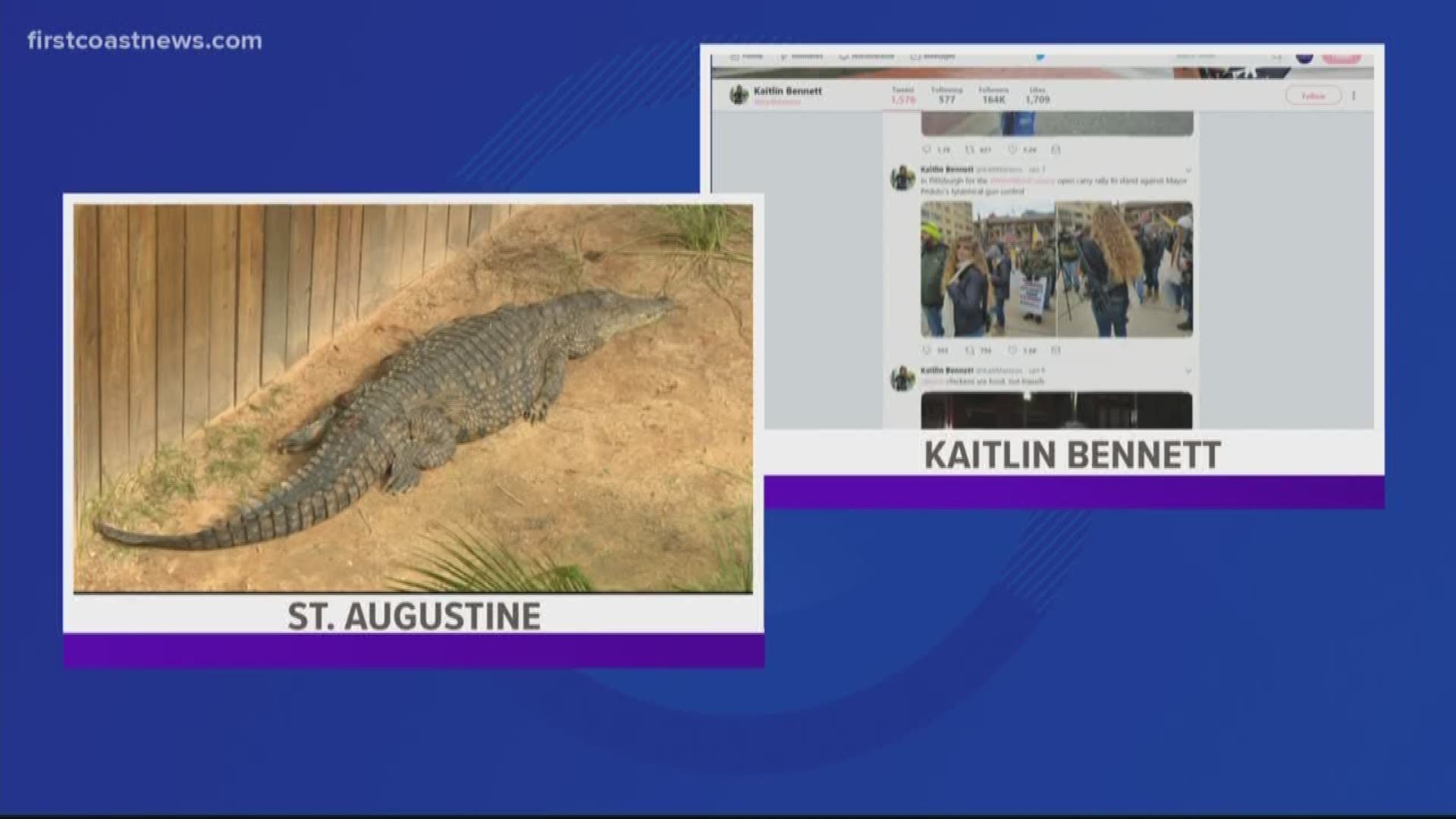 An employee at the Alligator Farm in St. Augustine was fired Wednesday after taking to social media stating that he wanted to feed a certain customer to the gators. That customer is Kaitlin Bennett, who is also known as Kent State's Gun Girl.

Bennett, 22, graduated from Kent State in May 2018 and ignited a firestorm on social media after tweeting a photo of herself carrying an AR-10, while holding a graduation cap.

Bennett's notoriety didn't go over well with Ethan Patterson who was working at the Alligator Farm when Bennett visited the tourist spot with her family Wednesday.

Just as Bennett took to Twitter to tout her love for guns, Patterson took to the social media platform to vocalize his disdain for the "Gun Girl."

He tweeted: “I just want y’all to know that Kent State Gun Girl came to my place of work and it took everything in me to not push her over the railing into the mouths of 250 alligators.”

That didn't go over well with his employer.

John Brueggen, director of the Alligator Farm, told First Coast News on Thursday that Bennett was visiting the farm with her family. "The Alligator Farm respects all customers," he said adding they have zero tolerance for employees who are disrespectful.

Brueggen said Patterson admitted to him that the tweet was "stupid."

Credit: First Coast News
This tweet resulted in the termination of an employee at The Alligator Farm in St. Augustine.