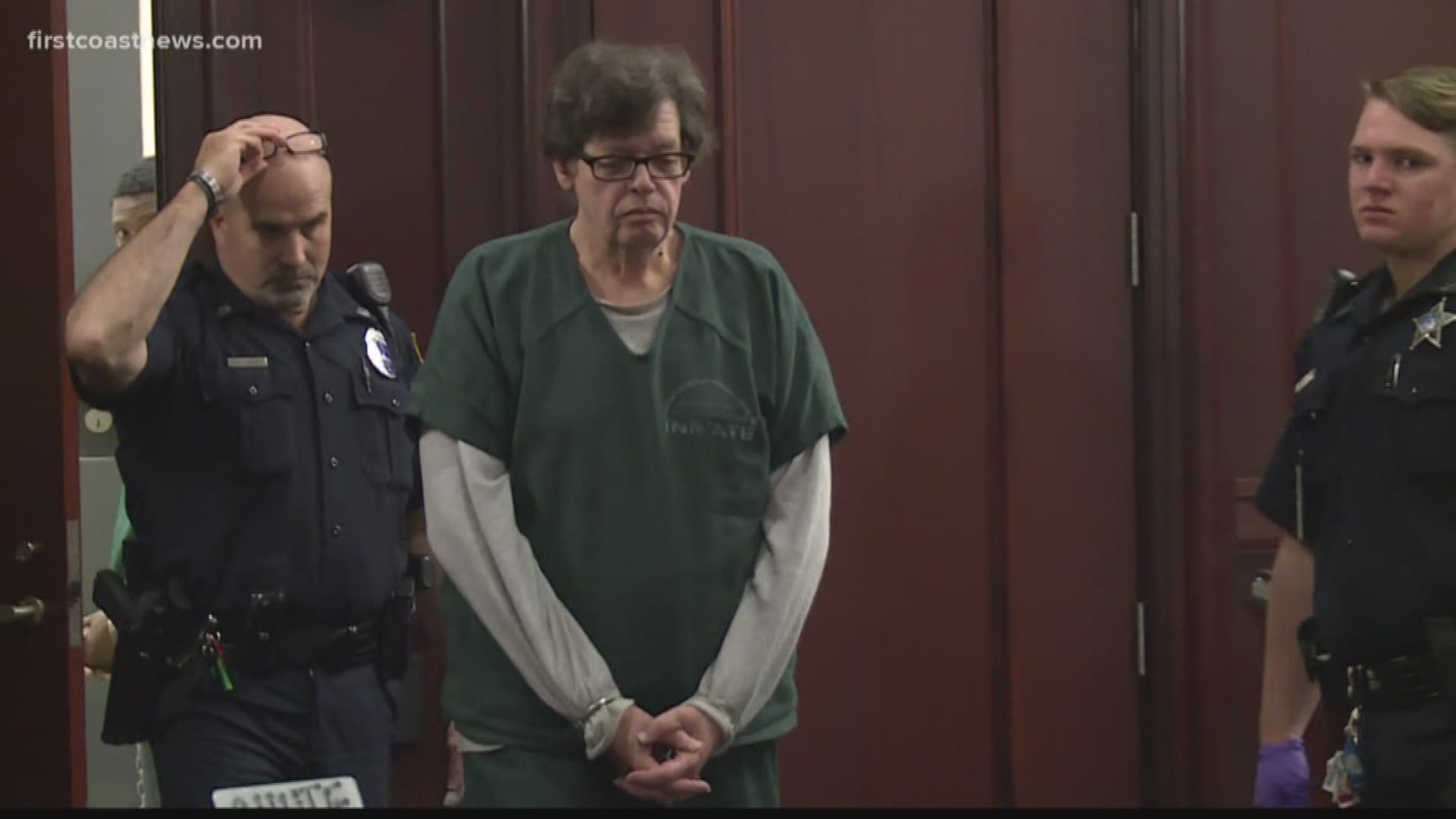 Ronnie Hyde, a former church counselor and foster dad, is accused of murdering and dismembering a teenage boy in his care.

Sixteen-year-old Fred Laster’s dismembered torso was found behind a Columbia County Dumpster in 1994. The case remained unsolved until Hyde’s arrest in March 2017. Hyde has pleaded not guilty.

“During Hyde’s interview, he admitted purchasing items from [a …] child pornography vendor in Canada,” the State Attorney’s Office asserts in the recent filing. “He also admitted knowing that the vendor was shut down for trafficking in child pornography.”

Investigators used his statement as justification to search Hyde’s home and car, where they sized a mountain of evidence being used in the case.

Hyde’s attorneys are seeking to suppress that police interview, along with the evidence seized, saying it violates his right to unreasonable search and seizure.

Hyde will be back in court tomorrow for a hearing on the motions to suppress.

First Coast News reporter and attorney Julia Jenae will be in court covering the hearing. Follow her Twitter updates at @JuliaJenaeFCN.