At one point, the child victim's father, too distraught to continue listening, stormed out of the courtroom. 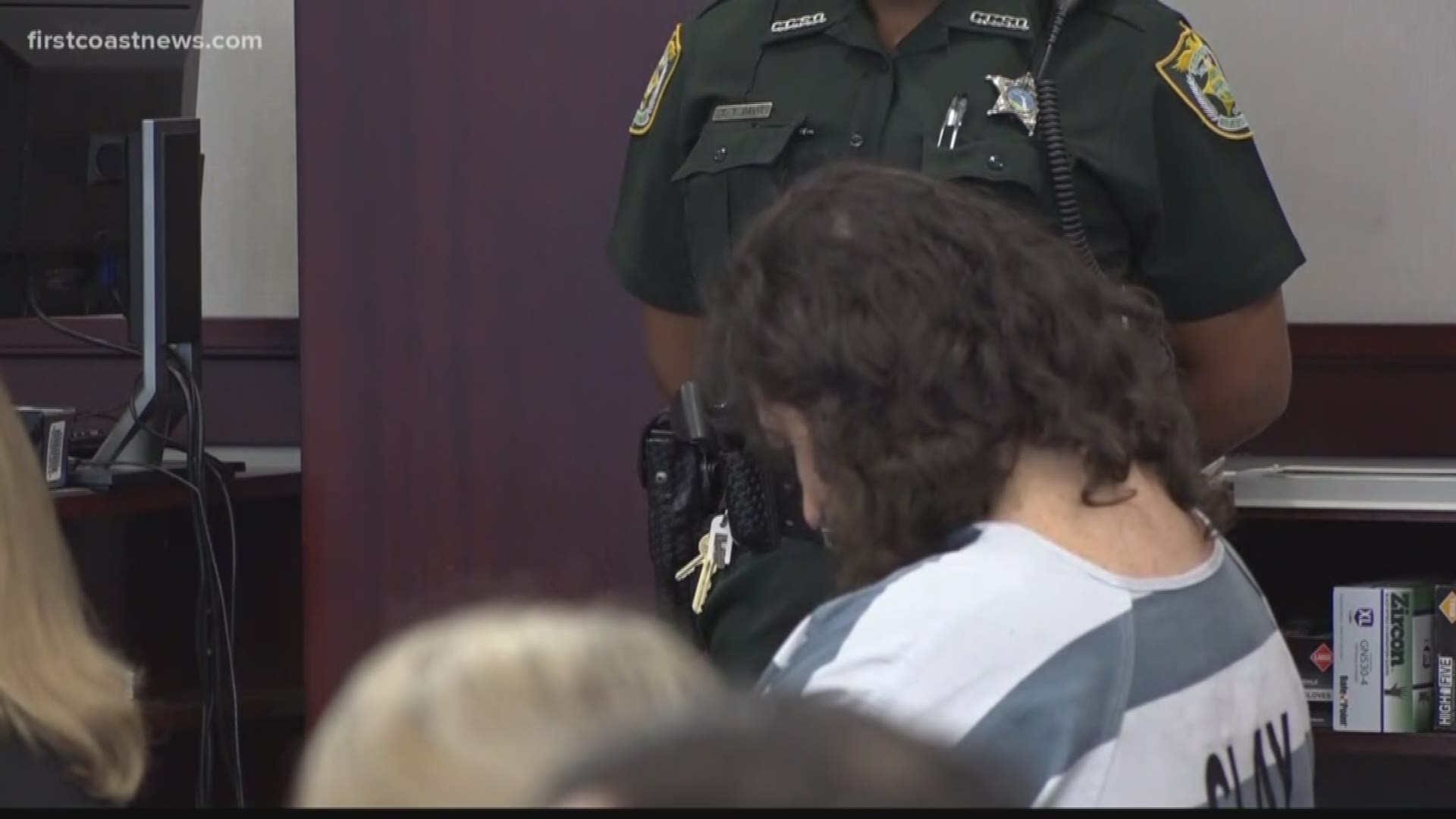 Accused murderer and rapist Donald Davidson pleaded guilty in his death penalty case Wednesday with his attorney saying he “wants to get this over with”.

Davidson returned to court after his stunner Tuesday – announcing he wanted to plead guilty to capital murder and sex assault charges and receive the death penalty.

Davidson sat through today’s hour-long proceeding with his head hanging down.

Other than responding to the judge’s questions with "yes sir" he said very little. But much was said about his crime, as prosecutor Leh Hutton gave a chronology of the afternoon of December 1, 2014, in graphic detail.

After Davidson attempted to rape 35-year-old Roseann Welsh in her Middleburg home, Hutton said, her 10-year-old daughter arrived home on the school bus.

"Both he and the victim heard a school bus coming," Hutton said. "The victim immediately knew that was her daughter 'MS' that was being dropped off. When she heard the bus stop, she essentially freaked out. She feared for the life of her child and she broke free of him."

Davidson caught and strangled Welsh with a shoelace, then stabbed her in the neck three times.

At that point, Hutton said, "he came out into the kitchen and found 'MS' at the kitchen table doing her homework. He proceeded to drop his pants and tell her to 'strip' -- his words."

At that point, the girl's father, too distraught to continue listening, stormed out of the courtroom.

Davidson showed no reaction during the narrative. However, as part of his negotiations over the past 24 hours, he did agree to allow prosecutors to use recorded interviews with his child victim instead of requiring her to appear and testify. He told the judge, "I want to spare the victims from coming to trial."

Even though Davidson pleaded guilty today, the case is not over. On June 10, the judge will hear evidence from the Medical Examiner. And on June 27, he will hear the balance of the sentencing phase testimony, including experts who will testify on Davidson's behalf.

Judge Don Lester will then by himself weight the aggravating and mitigating factors, and decide whether to impose a sentence of life in prison or death.