A teenager started his own mowing business while battling cancer. Then someone tried to scam him

After being mailed a faulty cashier's check, Wyatt's dad urged the importance of checking with local law enforcement if something seems like a scam. 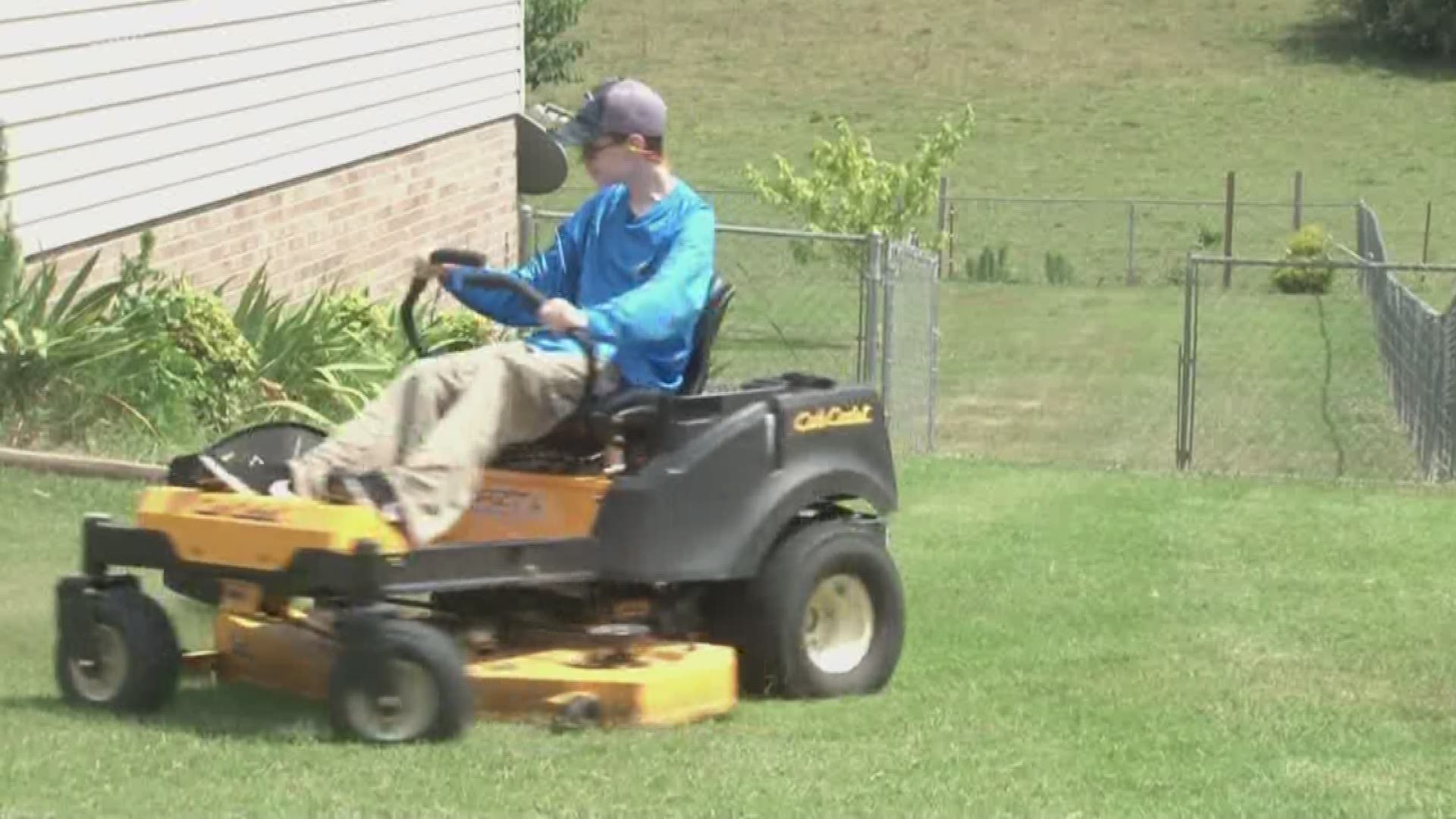 DANDRIDGE, Tenn. — A Jefferson County lawn business was targeted by a faulty check scam in June in exchange for a phony mowing job. Now, the father of the young boy who owns the business is warning others of what could have happened.

David Crippen is the dad of Wyatt Crippen, a teenage boy who is battling cancer. Wyatt started his own lawn business, Wyatt's Lawn Care, and saves every penny he makes. David helps Wyatt out with mowing since Wyatt is on chemo and can't always complete all the jobs on his list.

In June, David got an inquiry from someone who wanted Wyatt's lawn care business to mow an extremely grown-up property in Dandridge. David took one look at the yard to give a quote and declined the offer.

"I texted him back and said there's no way," David explained. "I said you need a tractor and a bush hog and it's too steep for most equipment."

Then, David said the potential customer countered back and said he would pay the business a pretty penny for the job.

"I'm thinking, $700," David questioned. "Heck I'll do it with a weed eater and get my lawn equipment, whatever I have to do to get it done."

After hearing that number, David jumped at the chance to make a good payday. He even told Wyatt he would be getting quite a bit of money in his savings account.

Before David mowed the property, the potential customer sent him a cashier's check for much more than they had discussed -- $3,000.

The person said the extra money should be given to a contractor he had also hired to work on the property for a separate job.

"So I was like man something just don't seem right," David said.

He took the check to the Jefferson County Sheriffs Department and met with a detective. She said the cashier's check was a fake.

"She looked at it and said this is fake," David laughed. "I said 'really?' She said yes, they're getting really good."

David explained there was no address underneath the bank name on the check and the routing numbers were all wrong.

David said the detective told him if he had deposited the check in Wyatt's account, the scammers would have the account number and be able to drain it.

"I was going to deposit that into my son's bank account," David said. "All his money he's made, he saves. If he took that money and it wiped his account, yes it's insured. But the hassle, the heartache, you know it would have been awful."

The detective also determined the house the scammers were trying to get David to mow was a foreclosure, and the scammers didn't own the property.

David said the detective told him these types of crimes are happening more often, especially in small communities like Dandridge. Scammers are targeting small businesses to try and make a buck.

Now David is warning others about this danger, saying it's always a good idea to pay a visit to the local authorities if you ever feel uneasy about something or suspect something may be a scam.

"If something don't seem right, just get it checked out," David exclaimed. "It doesn't cost a dime, just a little time."

David said the detective is turning the case over to the FBI where it will be investigated.