4-year-old hurricane survivor: 'It looks like it's broken, all broken now, It makes me sad'

When the Category 4 hurricane passed and they came outside, they saw trees on top of houses and power lines across yards. It was a scene they have never seen before. 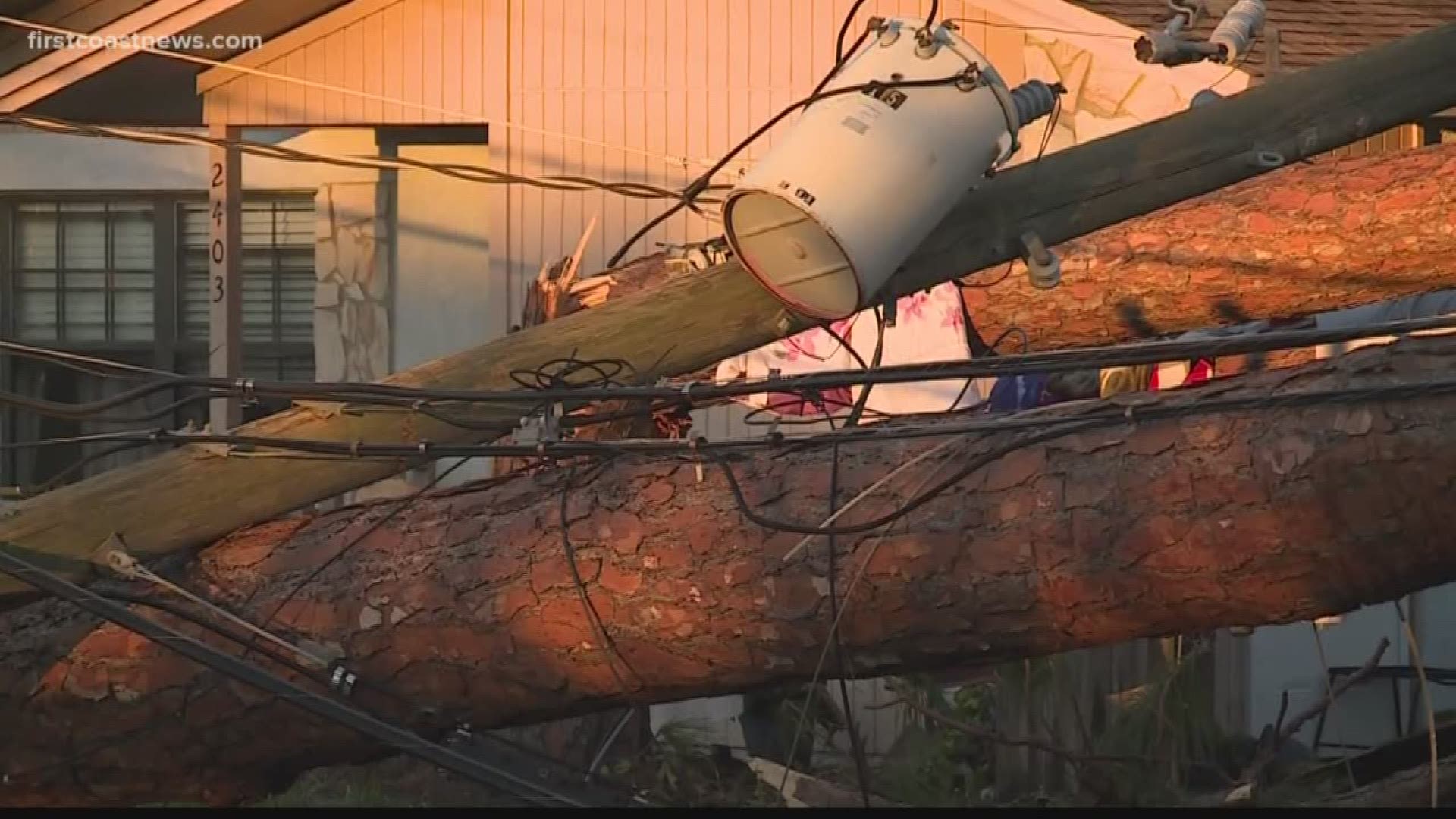 Lynn Haven, Fla -- "This is as bad as it gets. It doesn't get any worse than this," Lynn Haven resident Paul Fitzpatrick told First Coast News Thursday.

Fitzpatrick, like most of the neighbors on this street in Lynn Haven, didn't evacuate.

Reginald Cromartie is another one of those neighbors who hunkered down inside his house with his wife and 4-year-old daughter.

"When it got to where we should leave they said certain places were closed so just to hunker down, so we stayed," Cromartie said. "We just started watching our trees fall forward this way and we just kept praying. They would keep going to the left and we pretty much had to hold our windows for two hours. You heard the howling noise, you didn't know if it was a tornado or what but it felt like a tornado was right on top of us."

When the Category 4 hurricane passed and they came outside, they saw trees on top of houses and power lines across yards. It was a scene they have never seen before.

Cromartie's daughter Kaylan said, "it looks like it's broken. All broken now. It makes me sad."

Melissa Buckley has lived in this community since she was three years old. She described the damage as catastrophic.

"Everything's gone. Destruction. No roofs, cars in ditches, Little Ceasars truck in the middle of the road. The train was flipped over. All the train wsa literally on its side. It's bad everywhere."

Not far away, the hurricane caused extensive damage to a church. But despite the powerful winds, the steeple is still upright.

"We are all very blessed. Even though all this is going around. We are all still standing alive," Buckley concluded.