The Nassau Humane Society is taking care of 30 dogs who were found in horrendous conditions at a property in South Georgia. That's where roughly 700 dogs were living with a "licensed breeder." 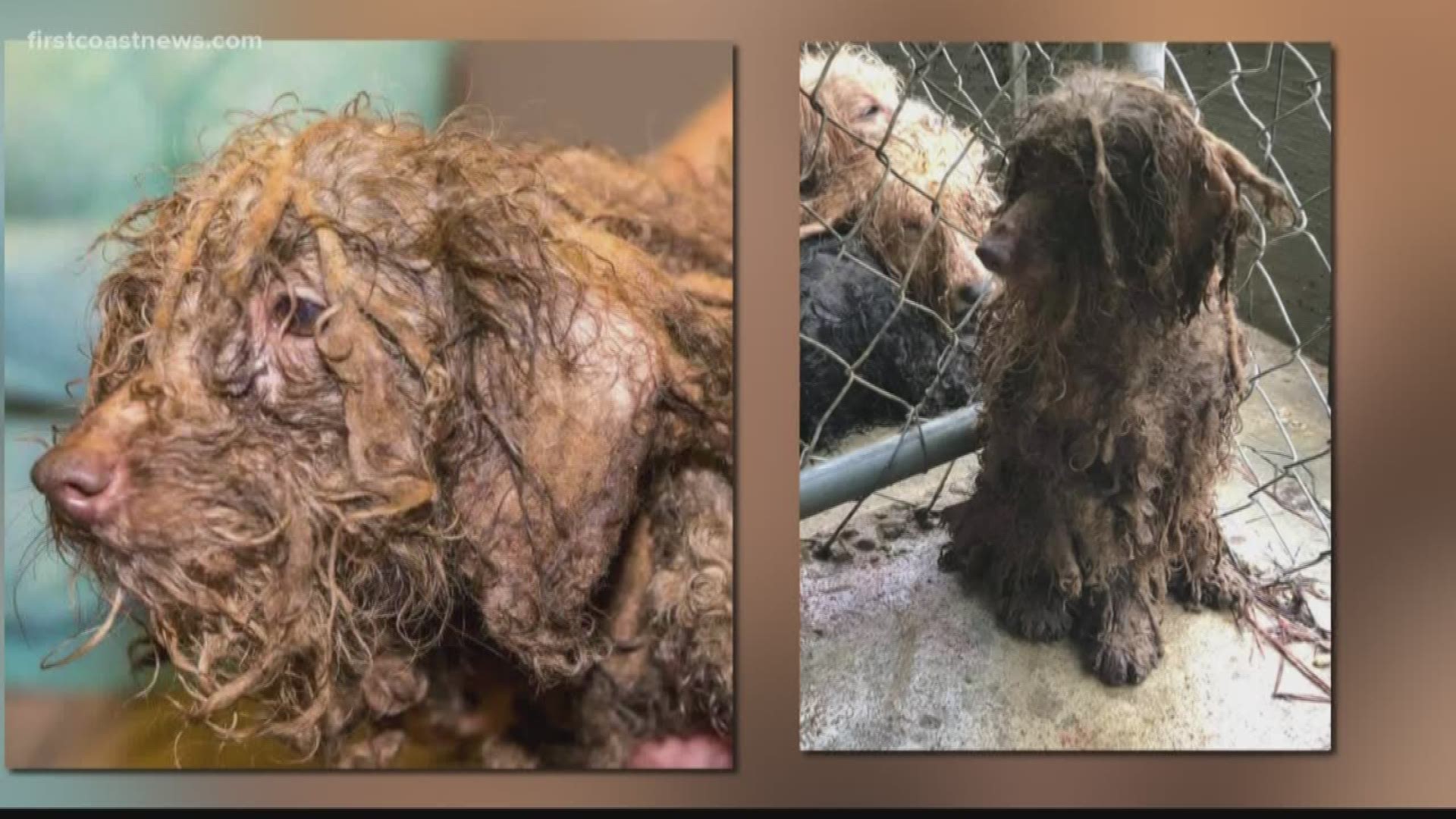 NASSAU COUNTY, Fla. — Over 700 dogs were found in horrific conditions on a South Georgia property.

A local rescue group has taken in dozens of the dogs.

Catsumi is one of 30 dogs brought to the Nassau Humane Society after being found at a breeder’s property in South Georgia.

Yoda, a chihuahua, and his friends were rescued from what Jacki McDonald calls "horrendous conditions."

“Clearly they hadn’t been groomed in years," McDonald said. "Feces matted into their fur, they have some pretty terrible teeth. They were given bare minimum care, maybe some food and water."

Many small breeds of dogs had their fur matted and were covered in feces with their paws bleeding from standing in urine.

The dogs were in the care of a “licensed breeder” but were living in crates stacked on top of each other.

McDonald remembers the smell of being near the property.

“It was just putrid,” McDonald said.

After cleaning the dogs up and giving them exercise, the dogs can feel some relief.

“They’re just nervous," she said. "I think they were handled otherwise they wouldn’t let us do this. I think they’re still shut down and in shock when they’re in our arms.”

These dogs need crucial dental work, vaccinations and spaying and neutering, which is expected to cost thousands of dollars.

McDonald says that no price is too high when it comes to caring for pets.

“In the moment when you’re saving these animals, you’re like a robot, so I said 'no crying' when I’m in the middle of it,” McDonald said.

“It’s so overwhelming when you care this much for animals,” McDonald added.

Some dogs may be available for adoption within six to seven weeks. Anyone wanting to help take care of these animals in the meantime can buy supplies or donate money to Nassau Humane Society.