A 1-year-old child was transported from a local daycare in critical condition Thursday afternoon and was pronounced dead Friday. 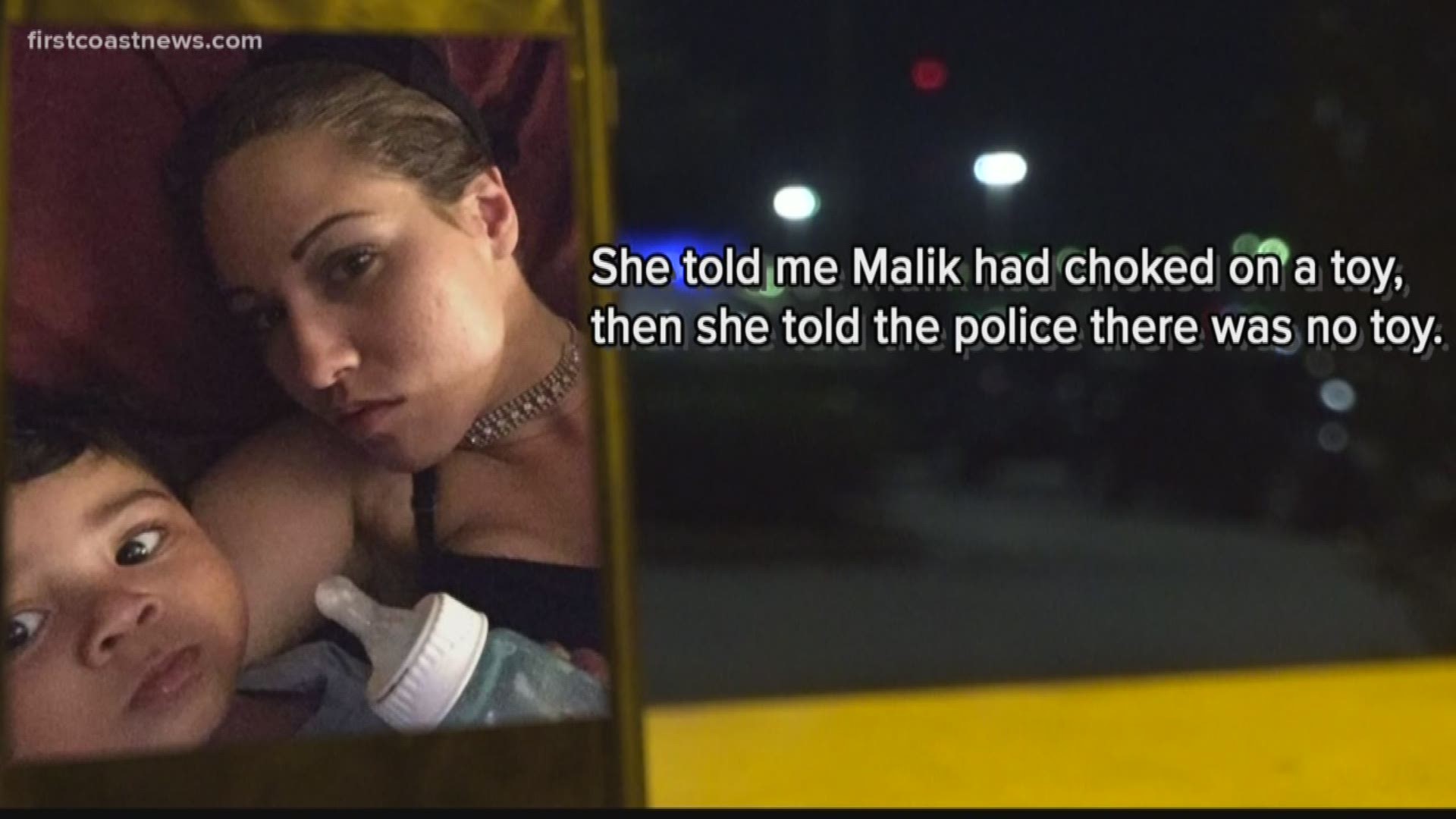 A 1-year-old child was transported from a local daycare in critical condition Thursday afternoon and was pronounced dead Friday.

The baby, identified by his family as Malik Earl Baker, was transported from the Tip Top 24 Hour Learning Center at 2038 Blanding Blvd. in Jacksonville to the Wolfson Children's Hospital around 12:03 p.m. Thursday.

Upon arrival to Wolfson, doctors determined the baby suffered major brain damage. Nurses at the hospital had to do CPR on him six times.

The Jacksonville Sheriff's Office was then called to the hospital due to possible aggravated child abuse. No arrests have been announced by police.

In a release Friday afternoon, the Department of Children and Families said the child died by choking on a small toy.

"He was a happy baby, healthy...full of love," Lee said. "I just lost my mom a few months ago, and now I have to explain to [my three other children]...I don't think it's really hit them yet that their brother's not coming home."

Lee said she received conflicting stories from the daycare about what happened to Malik and who was supervising.

Three violations were issued against the daycare by DCF since December. Ten days before the incident, an inspector found a Class 2 violation for a staff member not having prior training within the first 90 days of employment. Another violation issued in May found Tip Top in violation of the required staff to child ratio.

The DCF inspection report says "a ratio of one staff for [20] children is required; a ratio of a staff for 24 children was observed."

On Friday, Tip Top did not respond to request for comment over the phone and at the facility.

Baker and three of his young siblings attended the daycare, Lee said.

"My child should not have been left in the room unattended for any period of time," she said. "If there's that many children and they're all in one room, there should be more than one person in there at all times."

JSO is still investigating the incident, and First Coast News will update the story as soon as information becomes available.