Americans owe $1.33 trillion on their vehicles and the number of accounts facing default is also on the rise. 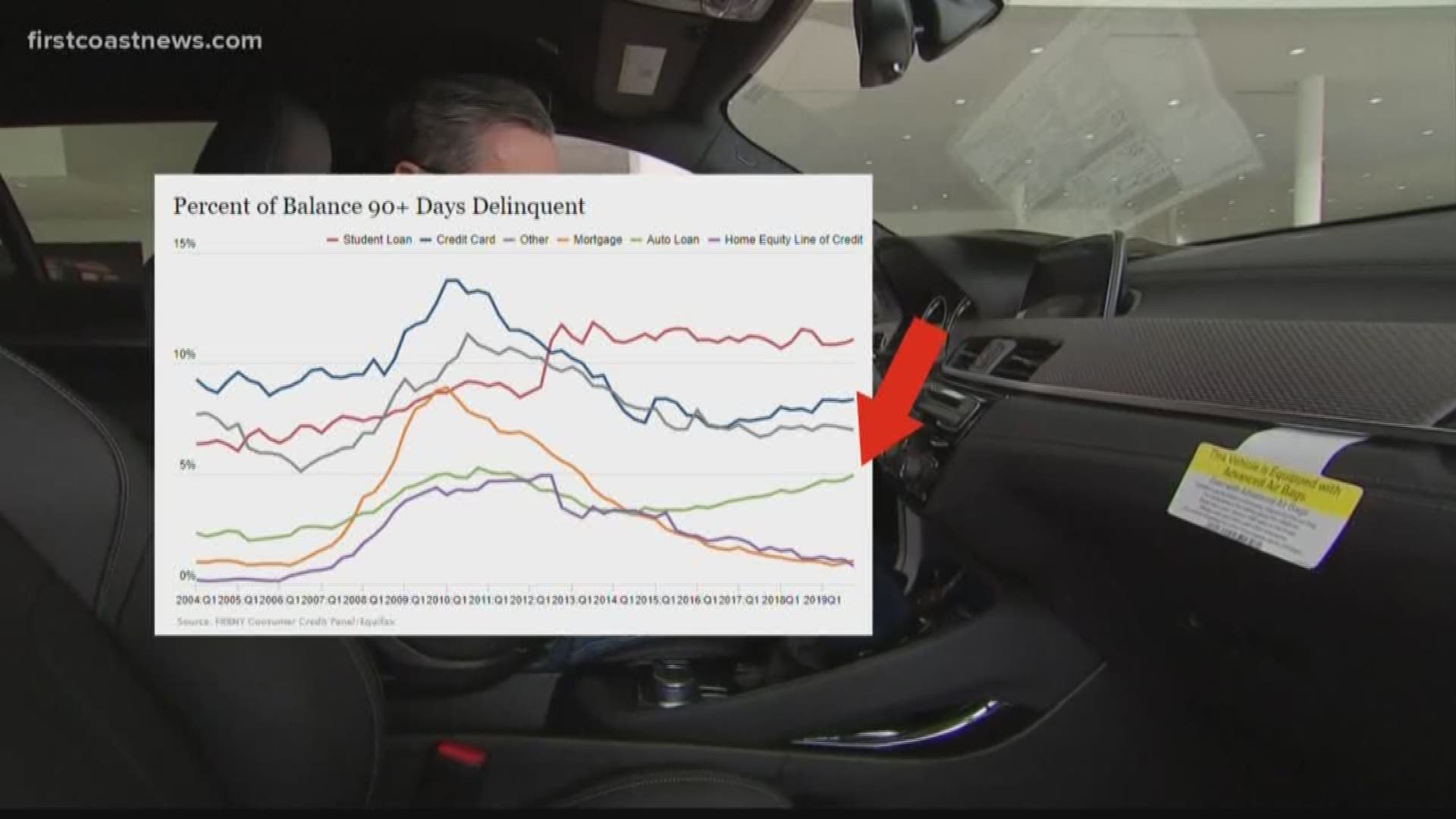 JACKSONVILLE, Fla. — Outstanding auto loans are at a record high, according to national data.

Americans owe $1.33 trillion on their vehicles and the number of accounts facing default is also on the rise. Data from the Federal Reserve of New York shows the trend of debt racking-up, but business professor Justin Bateh from Florida State College at Jacksonville said that’s not enough to sound the alarm on the economy.

“I don’t believe this is a red flag for the economy, if we’re talking about the subprime mortgage crisis of 2008 to 2009 this is a much smaller amount of debt,” Bateh said.

Consumer reporting agency Experian says 4 out of 5 vehicles in the U.S. are financed through an auto loan or lease. Adding that subprime borrowers,  those in the 501-600 credit range, are taking-out on average $30,000.

Delinquent accounts are rising as well. The highest number of 90-day past due loans recorded in a decade: sitting roughly at 5% of outstanding auto loans.

The On Your Side team reached out to the Florida Auto Dealers Association for comment on this story but did not hear back before our deadline.

Bateh explained consumers need to be aware of the terms and what you can afford.

“You need to make sure you run the numbers yourself and ensure this can fit in your budget and not just trust the numbers that are presented to you,” Bateh said.