Unemployment Maze: Many claims suddenly listed as 'expired' or 'ineligible' in CONNECT system 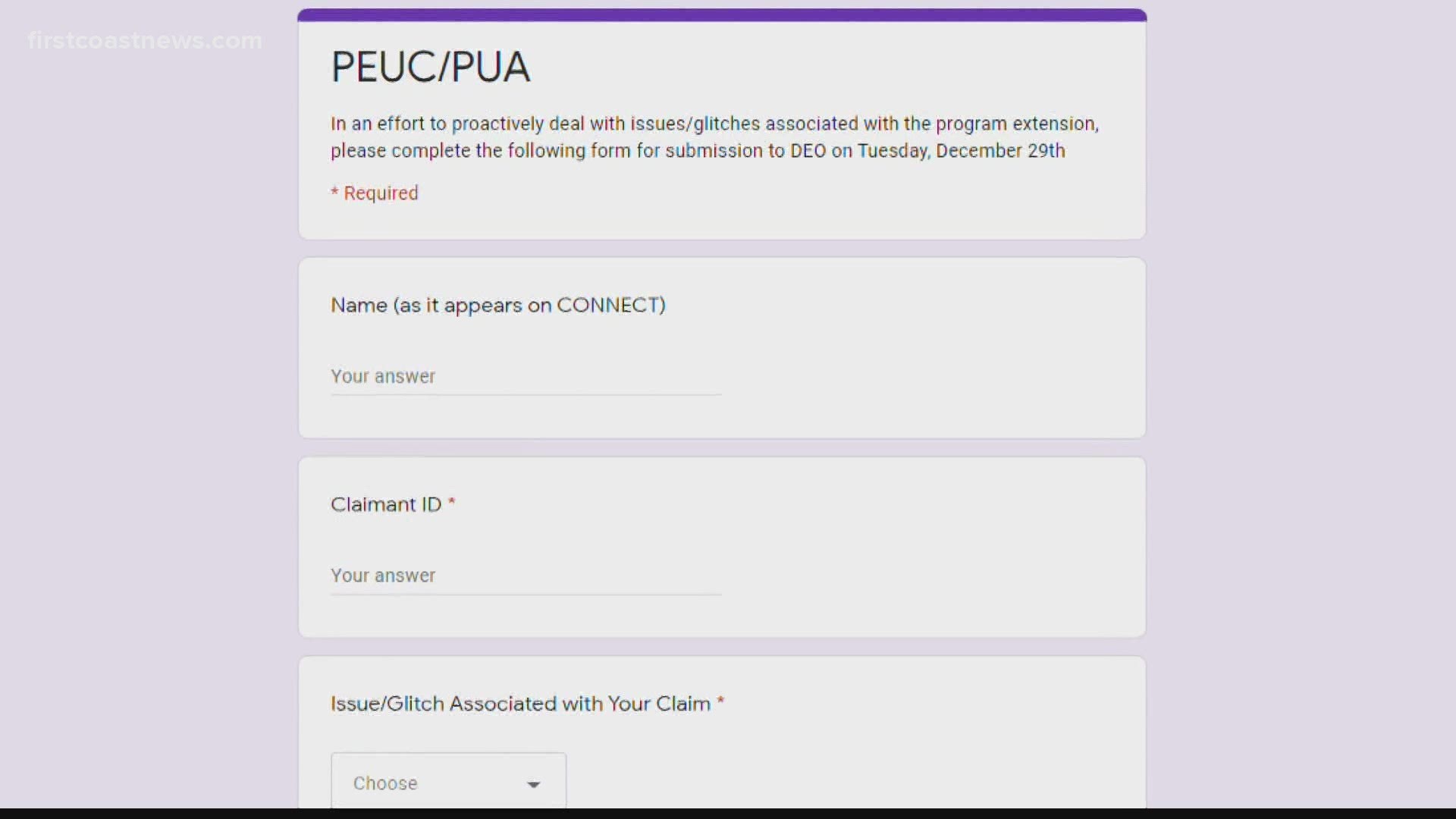 JACKSONVILLE, Fla. — Many of unemployed Floridians woke up Monday morning to find their unemployment claims were listed as expired, or they are ineligible for benefits.

Tamara Oyarzabal was one of thousands who woke up to her claim listed as expired.

“I started to panic,” Oyarzabal said.

However, unemployment expert Vanessa Brito said Floridians should not panic if their claim is listed as expired.

“This literally got signed into law a couple of hours ago,” Brito said. “Extending federal benefits will take a few days to implement.”

Oyarzabal said Floridians should have been warned this could happen.

“The anxiety went up about 10 notches because we are navigating through uncharted waters with DEO,” Oyarzabal explained.

After unemployment benefits expired Saturday and were extended last night, many people who utilized PUA or PEUC are seeing issues in their claims, such as it being expired or placed on UC and deemed ineligible. I’ll go over these new issues tonight on @FCN2go.

Other people, like Cintia Guardia, have been switched from their federal program to state benefits, for which they never qualified. As a result, their claim has been deemed ineligible.

It took Guardia months to get her PUA claim working. Now, she is worried she will have to go through the same process.

“They can’t process things properly,” Guardia said. “It takes months to get done.”

“My balance is wiped out,” Guardia said.

Brito has made a form for people to fill out with their problems to send over to the Department of Economic Opportunity, so its IT department knows to give them special attention once the program is implemented.

You can find that form by tapping on this link.