Once some claims were replenished after the PUA program extension was implemented, many have been bumped down to $125 weekly payments. 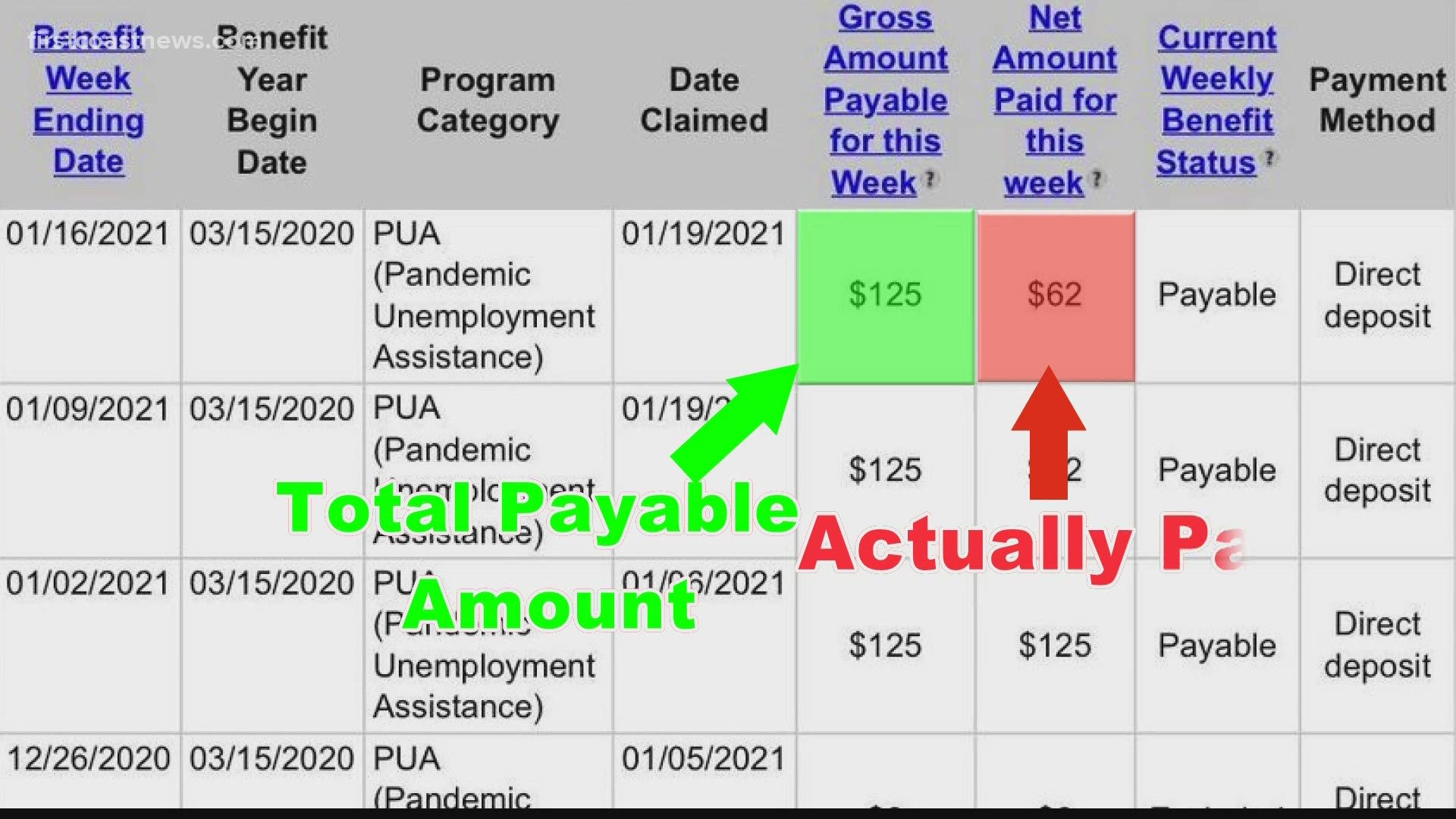 Some unemployed Floridians on the federal Pandemic Unemployment Assistance (PUA) program are reporting they are back to receiving benefits, but they are receiving the wrong amount.

“I was frustrated,” said Amber Wynn. “It just seems like it’s one thing after another.”

Before benefits temporarily expired on Dec. 26, Wynn was receiving $244 per week in benefits.

Once her claim was replenished after the PUA program extension was implemented, she’s been bumped down to $125.

Many claimants like Wynn have gone three weeks without benefits as they waited for the program extension. Wynn said this strengthens the blow.

“You are planning for that money toward certain bills that have to be paid,” Wynn said. “They don’t stop rolling in. now they’re cut in half, so what do you do? What do you not pay this time around or what can you extend? Those are the thing you have to look at.”

Unemployment expert Vanessa Brito believes claimants are being placed back where they started when they originally filed for unemployment.

“At the beginning of the pandemic, because the system was so burdened with applications, the state legislature pushed DEO and the governor to approve people for PUA right away,” Brito said.

Claimants often qualified for a Weekly Benefit Amount (WBA) of $125 right away. Floridians had to then send in documentation proving their previous income to get a wage redetermination for increased payments; a process that was brutal for many.

“It took months of emailing, faxing in all of my stuff,” said Barbara Ciacco Morales.

“It was like, oh my God. Am I going to have to go through the whole process again, of sending that information again? It’s been one hell of a rollercoaster ride,” Ciacco Morales said.

For some, the weekly payment isn’t only less, but there are mysterious deductions being taken out of them. People are reporting their CONNECT accounts showing they have a payable amount of $125, but they only are paid $62.

“The system does not recognize the redetermined WBA, so now it is almost charging them per week to make up for that difference,” Brito said.

On the bright side, if claimants are receiving these payments, they should be accompanied with Federal Pandemic Unemployment Compensation (FPUC) $300 payments that were established in the bill signed on Dec. 27. Wynn and Ciacco Morales said that softens the blow.

First Coast News asked the Department of Economic Opportunity if the Department was working on the issue and what claimants in this situation should do. DEO acknowledged the message and said someone would respond in the near future.

“Another disappointment and another thing they will have to fix,” Wynn said. “And who knows how long that will take this time.”

Claimants having this issue should fill out this form that will be submitted to DEO. For this specific issue, choose option 8 in the form.