Planning Ahead: Trimming trees before storms could save you money in the long run

As Elsa moves closer to the First Coast, a tree trimmer offers advice about what you can do now to avoid a costly clean-up. 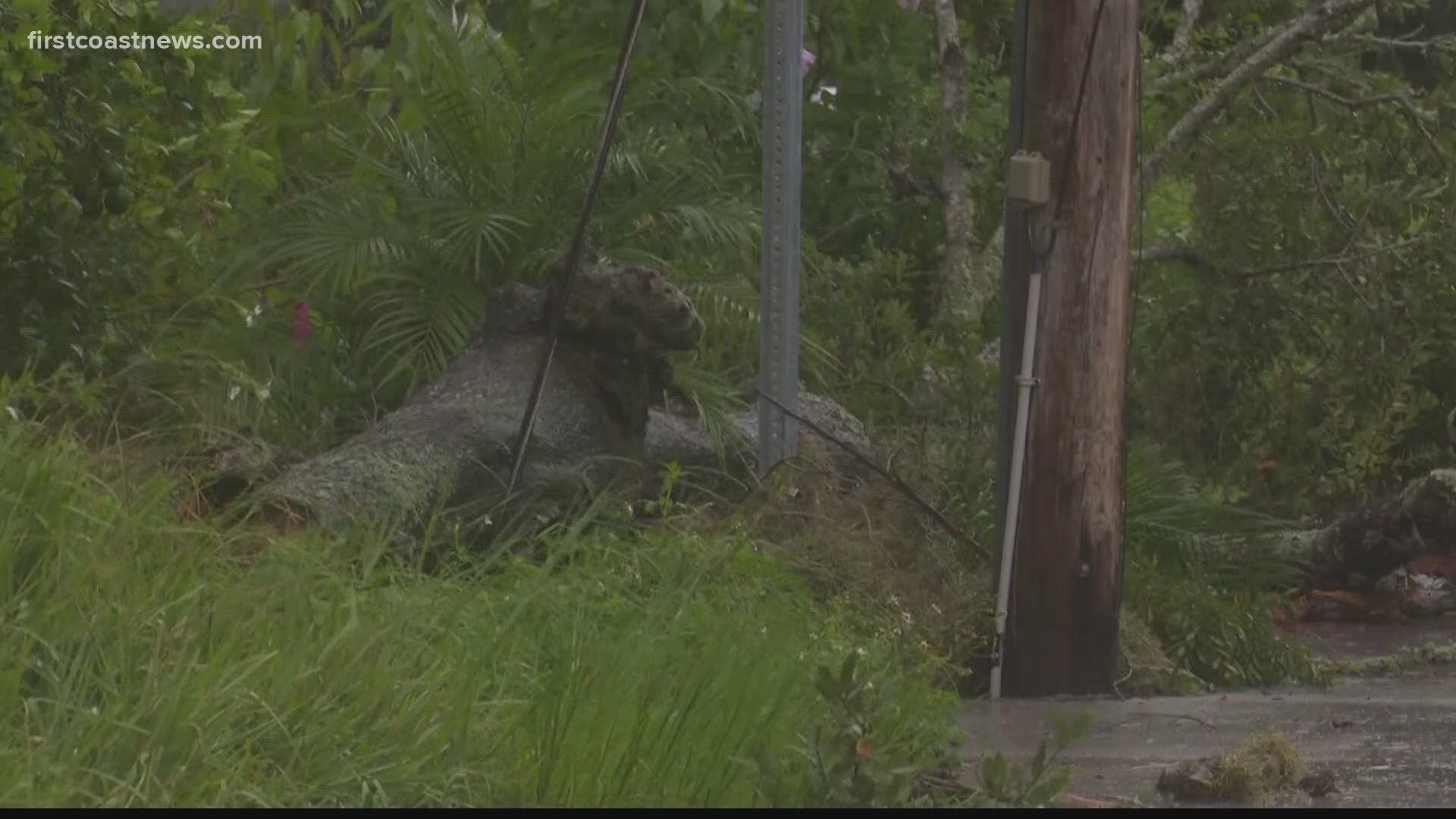 JACKSONVILLE, Fla. — It can be a dangerous and deadly combination: Rain and wind causing trees to topple.

"A little bit of wind, or no wind at all, just the tree leaning a little way, more than the other, just makes the tree all over," said Jeff Mobley of Jeff Mobly Tree Service

During his 20 plus years in business, Mobley said he has seen it happen far too often.

Trimming trees is keeping him busy this time of year, in part because he said people tend to procrastinate maintenance.

"Starting six months ago, even in the wintertime - limbs that you know, that you need to remove - don't wait until the last minute," Mobley told First Coast News.

With the ground already wet from previous rain, Mobley said anymore from Elsa could be a disaster for trees or its branches that are close to homes.

Mobley said Water Oaks are a concern in north Florida. The trees hollow out in the middle and are known to have weaker wood.

Mobley said the best time to trim trees isn't to wait until a storm arrives but in the months leading up to hurricane season. He says it's better to be proactive, than reactive because it will save you money in the long run.

"People just kind of put it off," Mobley said. "It's like one of the last things on the list and they try to put it off as long as possible."