Stay Up and Save: Better to buy or lease a car?

Saving money on car buying or leasing? Here's some resources for you as you make the big decision. 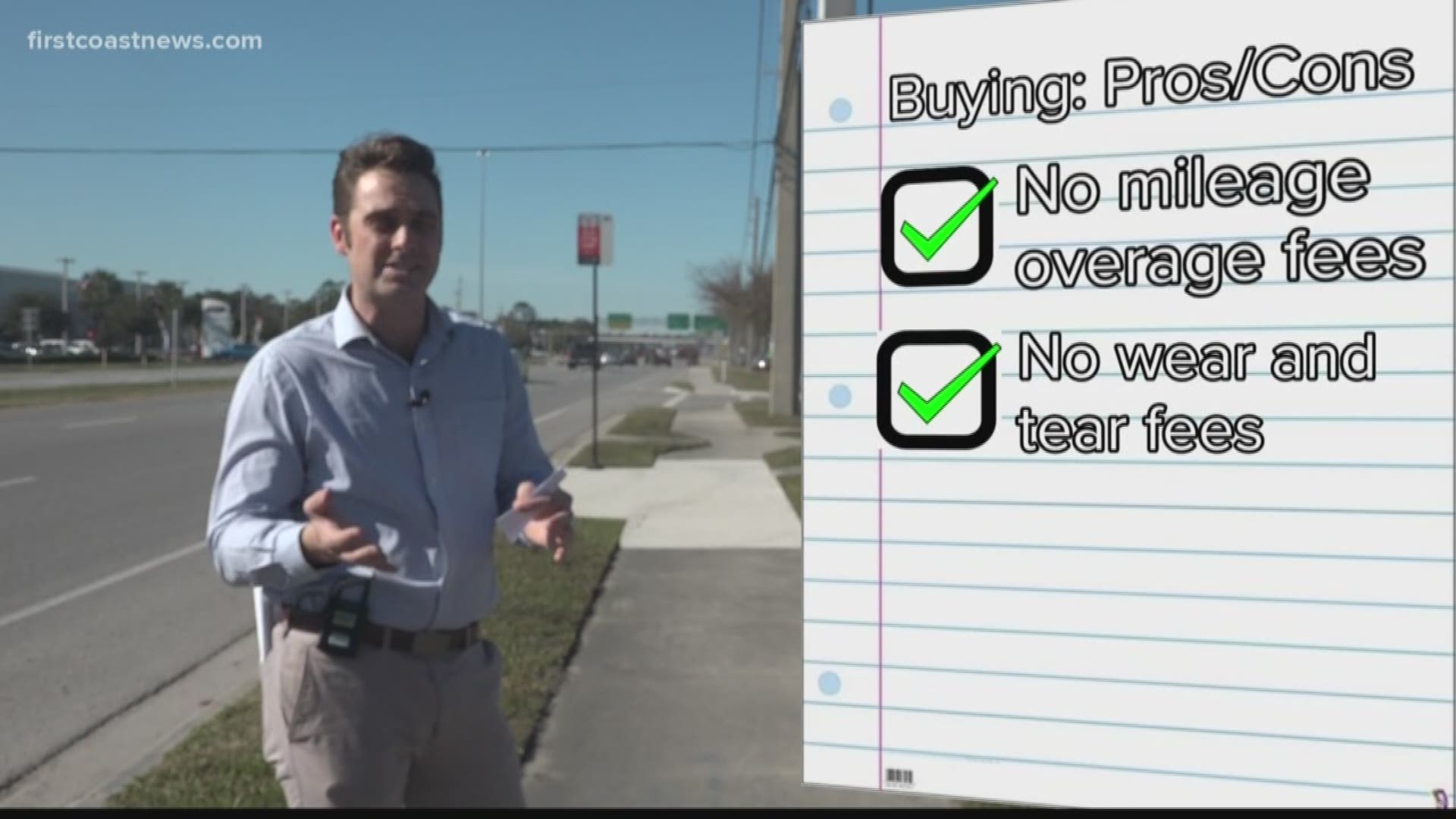 The number of cars being leased is rising in the United States, according to data from Cars Direct.

In fact, a little more than 30% of all car sales are leasing transactions which tend to function as rental cars that you keep for around three years.

The dealer takes the value of the car, adds taxes and figures out the depreciation of the vehicle over the long term -- we'll use three years as an example here.

You essentially pay for taxes, and depreciation divided by 36 months in this situation.

And oftentimes, that payment is less than a monthly loan payment when you're financing a car that you're purchasing outright.  Be wary though, there are other fees that can add up.

Those include the average wear and tear on a car, so you'll pay for the dents, scratches and paint issues.

Also, with a lease, there will be mileage limits, often around 15,000 miles per year. If you go over the mileage limit, you'll pay for that as well.

However, a car salesman I spoke with here in Jacksonville says many of those fees can be worked out upfront. He also said a lease is a good idea for someone who likes to have something new every few years.

"Technology is constantly changing, many people want the latest, but don't want to have to pay the top dollar of financing," he said.

But at the end of the lease, you obviously have to turn the car back in. Certainly, there's the option to buy it and sometimes you can get a decent deal.

However, it's easy to slip into a lifetime of leasing, which means an endless cycle of car payments.

For many families that's ok because it's already factored into their monthly budget anyway.

But, the ultimate Stay Up and Save goal is to be like best selling author Dave Ramsey, and be totally debt-free.

That means paying off a loan and have no car payment. And that would lend itself to buying a car outright.

You can read so much more about buying and leasing a car with this comprehensive guide from Consumer Reports.