Some unemployed Floridians feel punished for trying to find work

Some people collecting unemployment benefits had their payments put on hold after job interviews or temporary jobs. 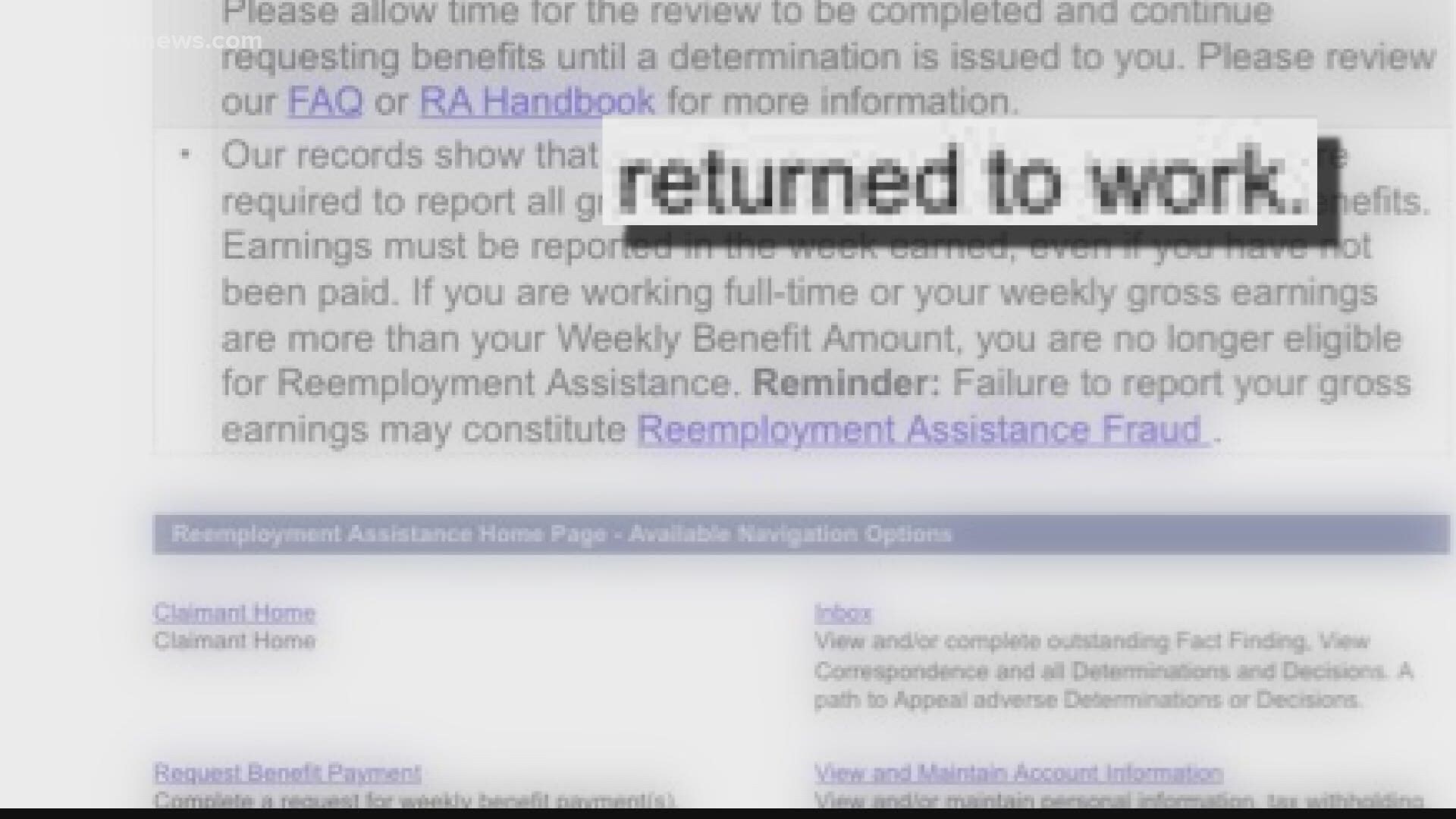 JACKSONVILLE, Fla. — Thousands of Floridians have had their unemployment benefits put on hold after taking temporary jobs or going through the job interview process.

“Return to work holds” have been an issue for months. However, some experts said they see progress and hope for these people.

“I feel so much better today,” said Telisa Marlowe McCray, who had a return to work hold after a temporary job cleaning up hurricane Sally’s destruction. “I logged in at 7:57 this morning to see if there was anything there, and it was.”

After sharing her story on First Coast News one week ago and working with unemployment expert Vanessa Brito, the return to work hold that has been on Marlowe McCray’s CONNECT account for three months has disappeared.

“It’s been extremely tough for me and I’m sure the other people that are still out there waiting as well,” Marlowe McCray said.

“It’s been ongoing for months and there’s been thousands of people, and it’s been the one thorn in our side that we just can’t get answers to,” Brito said.

Brito has been collecting claimant information and sending it to Department of Economic Opportunity for months. To this day, she said she’s sent at least 15,000 people.

“Finally I found your group and I found Vanessa and I started filling out her forms and then a miracle happened,” Judd said.

Judd was ecstatic to find a lump sum of payments hit her bank account.

“I needed food," Judd said. "I was able to pay my bills, pay my light bill, my car insurance."

State Senator Annette Taddeo made a list of her own and met with DEO Director Dane Eagle to get return to work holds fixed once and for all.

“They should not be punished because they tried to earn a living,” Sen. Taddeo said.

Taddeo said Eagle acknowledged the issue and got a team together to work on it.

TY @VanessaBritoMia for the kind words & @FLDEO Dir @DaneEagle for meeting personally with me again & addressing #ReturnToWork holds, allowing for the hard working pple of #FL to receive what is owed to them!

Although there is a long way to go before all claimants have this issue fixed, these experts say we are finally on the right track.

“It really is gratifying to see all of your hard work over the last few months kind of come together,” Brito said.